Accessibility links
Carlos And Zuckerberg: The Men, Myths, Movies In the past few weeks, two films have explored the careers of men who have found a place in the pantheon of popular mythology. Critic John Powers says seeing Carlos and The Social Network side by side made him think about how much social values have changed in recent decades. 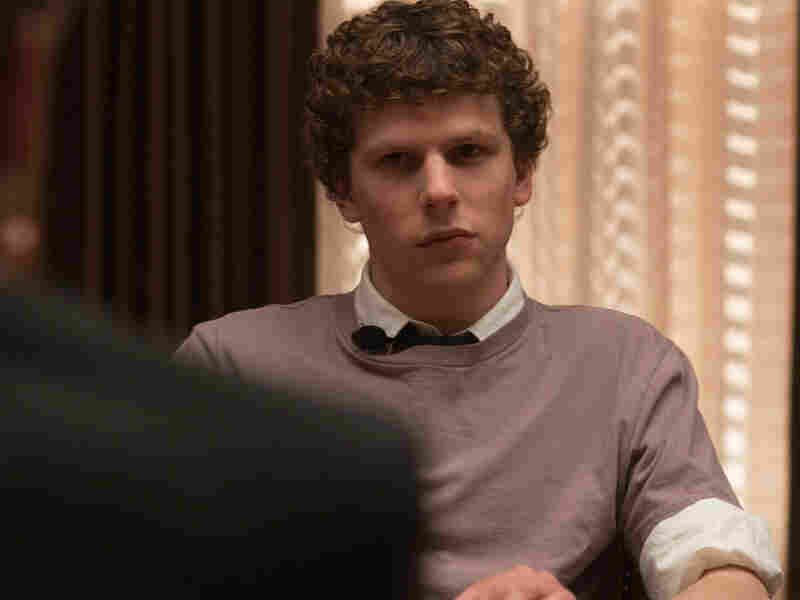 'Social' Animal: Mark Zuckerberg, played by Jesse Eisenberg, may be a revolutionary thinker, but he doesn't want to topple the system, says critic John Powers. He wants to be successful within it. Merrick Morton/Columbia Pictures hide caption 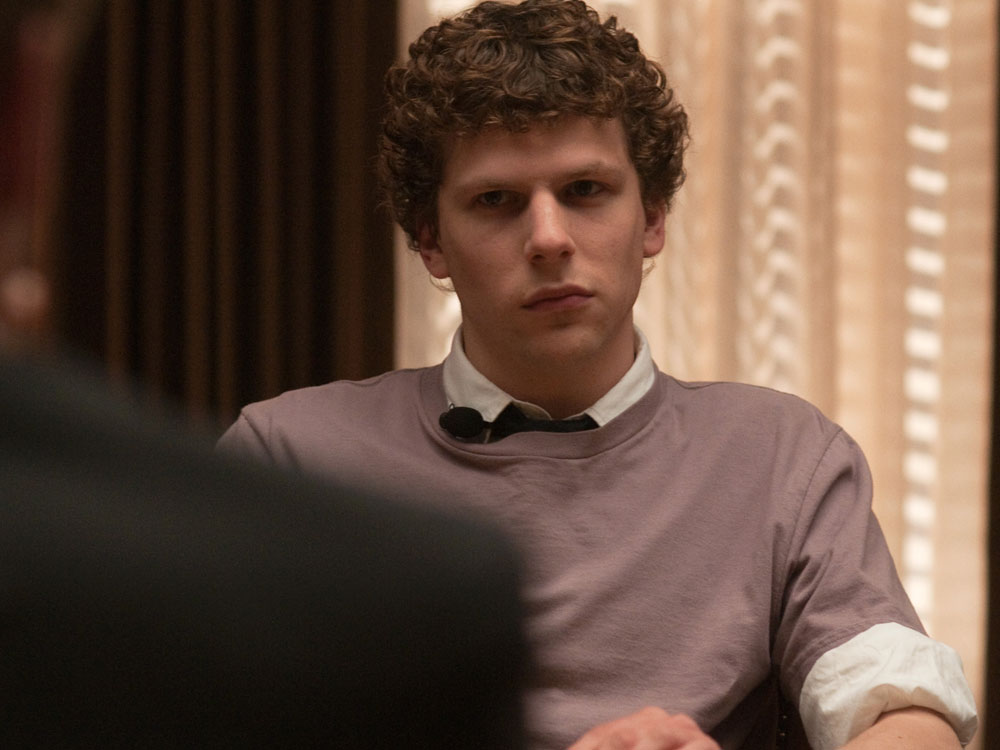 'Social' Animal: Mark Zuckerberg, played by Jesse Eisenberg, may be a revolutionary thinker, but he doesn't want to topple the system, says critic John Powers. He wants to be successful within it.

If you'd been born 1,000 years ago, or even 300, you would have lived your whole life in a society whose values were essentially those of your great-great-great-grandparents. These days, however, history moves at dizzying speed. Ideas I once took for granted now seem as long gone as a working pay phone.

'I Don't Hate Anybody'

'People Don't Walk Around With Signs'

The depth of this cultural change struck me as I was watching two of the year's most interesting films -- Carlos, Olivier Assayas' sociopolitical thriller about the '70s terrorist Carlos the Jackal, and David Fincher's breezy The Social Network, which centers on Mark Zuckerberg, the Harvard undergrad behind Facebook. While their stories could hardly sound more different, the movies have striking similarities -- and not only because the filmmakers freely admit to fictionalizing things. Both Carlos and Zuckerberg are young anti-heroes who remain ciphers. Both, at least on film, are narcissistic outsiders who profess idealism while behaving less than idealistically. Above all, both live out key fantasies of the very different eras in which they became famous.

Carlos charts the violent rise and seedy fall of Caracas-born Ilich Ramirez Sanchez -- who dubbed himself Carlos -- a charismatic political gangster played with great animal cunning by Edgar Ramirez. Whether working with Marxist Palestinians or the East German secret police, Carlos styled himself a revolutionary and went about his work with sociopathic ruthlessness. He murdered cops, blew up cafes and trains and -- in a spectacular coup that the film captures brilliantly -- kidnapped OPEC oil cartel ministers in Vienna, ferrying them by jet to Algiers.

It's an amazing story, one told with gripping lucidity. Despite his big words, Carlos had all the principles of a barracuda: He was basically in it for himself. But his gaudy crimes touched something in the zeitgeist, and the media conspired to dress him in an aura of rock-star cool. This was an age that still believed in liberation movements, you see, an age in which countless millions, many of them young, dreamed that the world could be saved by political revolution. Back then, the idea that Barack Obama is a communist would have had even Ronald Reagan laughing.

Be that as it may, Assayas makes it clear that Carlos never came close to liberating anybody. Utterly without a mass following, his supposedly revolutionary violence actually did very little -- except discredit the left. Far from advancing a cause, Carlos' adventurism merely popularized a tactic: He's one of the founding fathers of today's globalized terrorism. 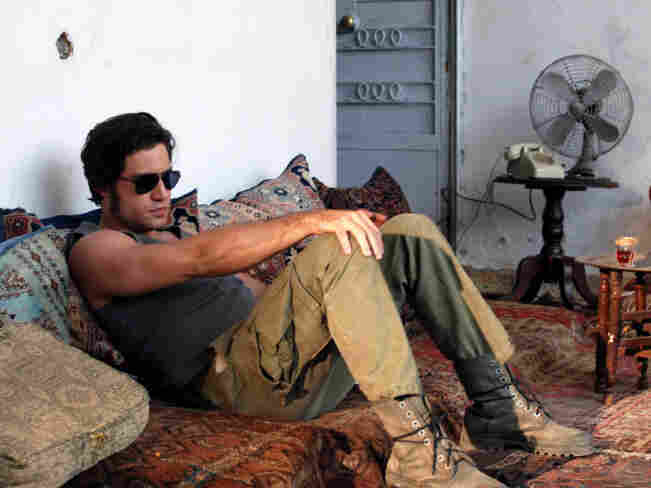 Edgar Ramirez stars as Carlos the Jackal, a Venezuelan-born terrorist who fought for Palestinian liberation and then became famous for kidnapping members of an OPEC conference in 1975. IFC Films hide caption

The Social Network's Mark Zuckerberg is also a founding father, but man, have times changed. Where 40 years ago such a brainy young misfit might have been drawn to left-wing politics, that idea seems almost surreal in today's America, even at liberal Harvard. Despite the financial crisis, our culture still celebrates the values of a go-go capitalism in which Warren Buffet is treated as a seer and you're more likely to overhear conversation about a new iPhone app than about the war in Afghanistan.

'The Best Thing To Do'

In keeping with the spirit of the age, Zuckerberg's fantasy isn't toppling the system; it's being successful within it. More attuned to code than ideas, he not only invents Facebook but fights to retain control of it, a process that includes turning friends into foes, waging battles in court, and insulting anybody he thinks dumber than he is -- meaning everybody.  Along the way, he makes himself the youngest billionaire in history and influences the daily lives of Facebook's 500 million users. If Carlos was the terrorist as rock star, Zuckerberg is a Nerd Messiah, an uncool guy who, starting in his dorm room, changed how we live to extent that the globetrotting radical Carlos could only dream of.

Not that this makes him happy -- at least according to The Social Network, which views Zuckerberg's entrepreneurial ascent as coolly as Assayas does Carlos's terrorism. The movie ends with the young tycoon, hugely wealthy and successful, seeming not a nice guy but one of the kings of our culture. In his triumph, he seems a far cry from Carlos, who, by the time he's finally caught and imprisoned, has sunk into debauched irrelevance. If the Jackal were a more generous soul, he might consider friending Mark Zuckerberg, just to give him some avuncular advice on how quickly, in this hyperfast modern world, a man's historical moment can fade away.