Accessibility links
Warning Systems Often Don't Help Tsunami Victims Costly warning systems installed across Asia since the deadly 2004 tsunami did nothing to save villagers on these remote Indonesian islands who saw homes and loved ones swept away by a giant wave this week. 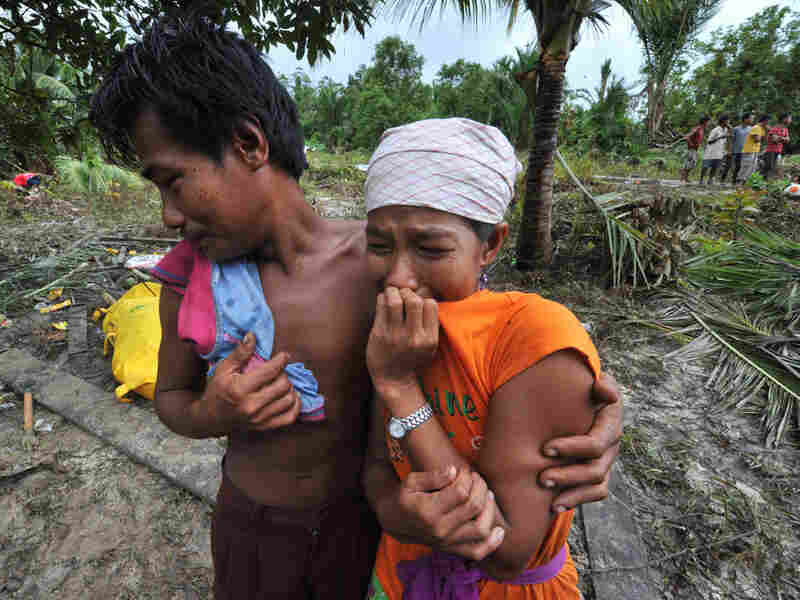 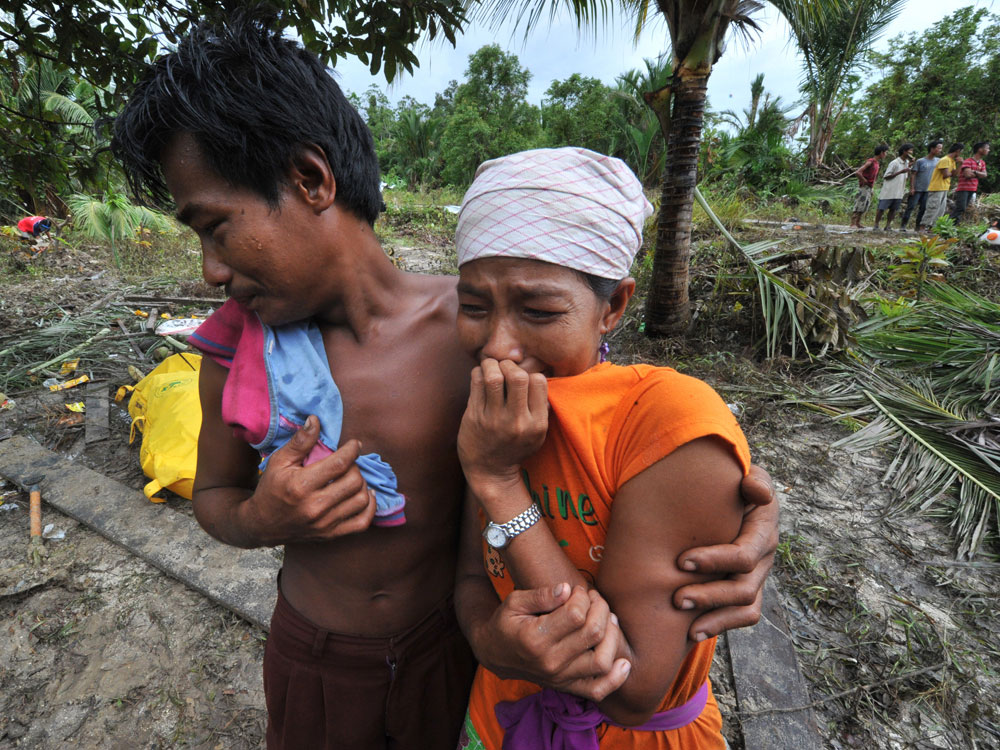 Costly warning systems installed across Asia since the deadly 2004 tsunami did nothing to save villagers on these remote Indonesian islands who saw homes and loved ones swept away by a giant wave this week.

Such systems can be effective for people living hours away from where a tsunami is forged but are often unable to help those most at risk. A 10-foot wave struck the Mentawai islands Monday just minutes after a massive earthquake offshore, killing more than 400 and destroying hundreds of homes in 20 villages.

There are questions about whether Indonesia's system was working properly, but even if it was, a tsunami generated by an earthquake so close to shore can reach land long before there's a chance to raise an effective warning, experts say.

Piatoro, a coconut farmer on the wave-battered island of Pagai Selatan, said he and his family ran toward higher ground when the water slammed into their home, but it was too late. The water snatched his feet from under him, and he was sucked under the waves, tumbling over and over. His wife was torn from him.

"I felt like I was boneless," Piatoro, 49, said Friday as he sat alone on a hospital mat, skin scraped from his calf and stitches on a foot wound. Like many Indonesians, he has only one name. It was not clear if his wife had survived.

Tsunami alerts were sounded by scientists within minutes of the earthquake, but some villages have no telephone lines, making it extremely difficult for a warning to get through in time.

Renato Solidum, the director of the state-run Philippine Institute of Volcanology and Seismology, said seaside communities needed to learn to read natural signs — such as earthquakes and unnaturally receding seas — and immediately move away from the coast even before alarms go off. 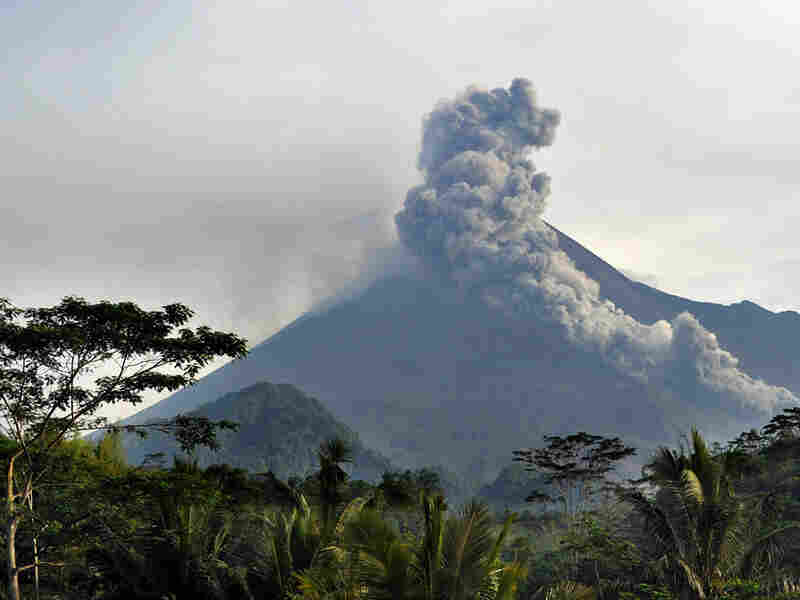 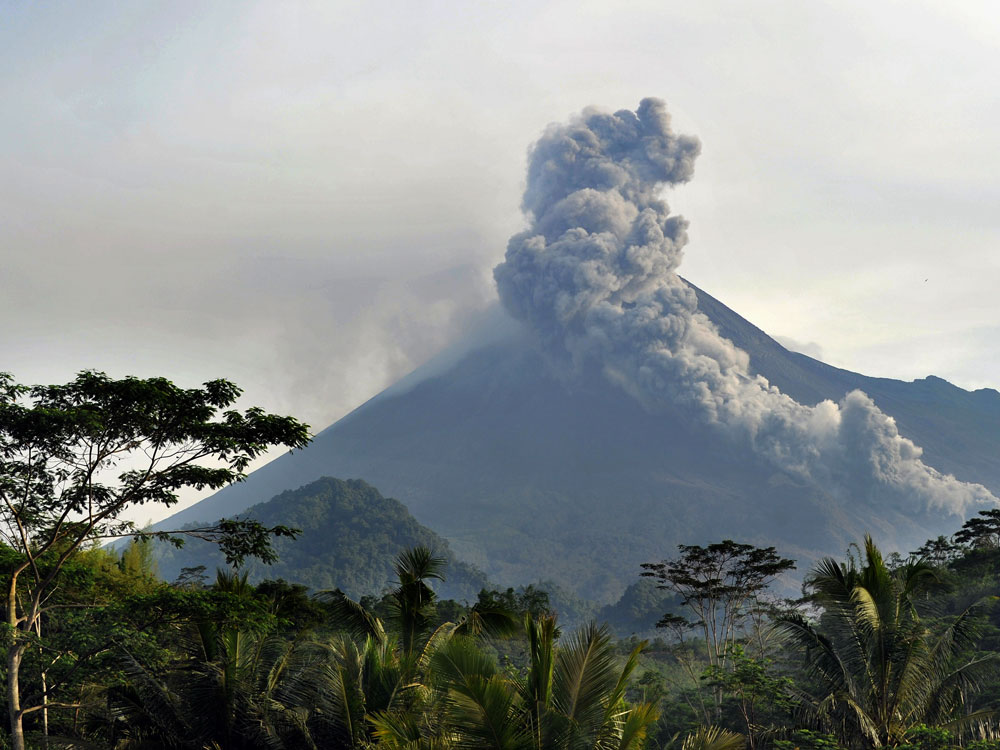 But reading those signs can be difficult.

Piatoro and his wife ran from their house twice on Monday, after the initial quake and the first aftershock. But the shaking did not seem bad enough to set off a tsunami and they went back inside.

Indonesia sits amid the Pacific "Ring of Fire," a cluster of fault lines prone to earthquakes and volcanic activity, putting many of its people simply too close to get much of a warning.

As a result, Indonesian authorities have created a system designed to sound an alarm within five minutes of an earthquake, and have tried to teach people to move quickly uphill.

"But obviously that's a tall order — that's not much time to react and it's not much time for the system to work out what's happened," said Chris Ryan, co-director of the Joint Australian Tsunami Warning Center.

Scientists still insist the warning systems are necessary. The 2004 tsunami, which also was triggered by an earthquake off Indonesia, proved all too well that distance from a quake's epicenter offers little protection.

Half of the nearly 230,000 dead were on the Indonesian island of Sumatra, but powerful waves also moved at jetliner speeds across the Indian Ocean, slamming into coastal communities in countries thousands of miles away.

Beach resorts were destroyed in Thailand. A train was thrown from its rails in Sri Lanka. Entire villages were wiped out in India. Dozens of people were killed as far away as Tanzania.

The disaster pushed many countries to order advanced alert systems, most of which rely on electronic buoys to detect sudden changes in water levels. The network of systems has cost many millions of dollars — with the most complex buoys sold for $1 million each.

Further from Indonesia, other countries said the new warning systems worked well, and that their response to the Monday quake proved that.

"The system that is now in place for the whole Indian Ocean did work, and would have prevented widespread areas being surprised if it had been a more widespread tsunami," said Ryan, from the Australian warning center.

"Within 10 minutes of the earthquake, we had issued a bulletin ... warning that there was potential for a local tsunami," said Satheesh C. Shenoi, director of the Indian National Center for Ocean Information Services.

The system, though, is based on an often-inexact science.

Earlier this year, a magnitude 8.8-earthquake struck Chile, spawning warnings of a deadly wave heading across the Pacific. Scientists, working from reams of data and complex computer models, warned that "urgent action should be taken to protect lives and property," sending hundreds of thousands of people fleeing for high ground in Hawaii, Japan and elsewhere.

Instead, most waves were just a few feet high and — except off the Chilean coast — there was little reported damage.