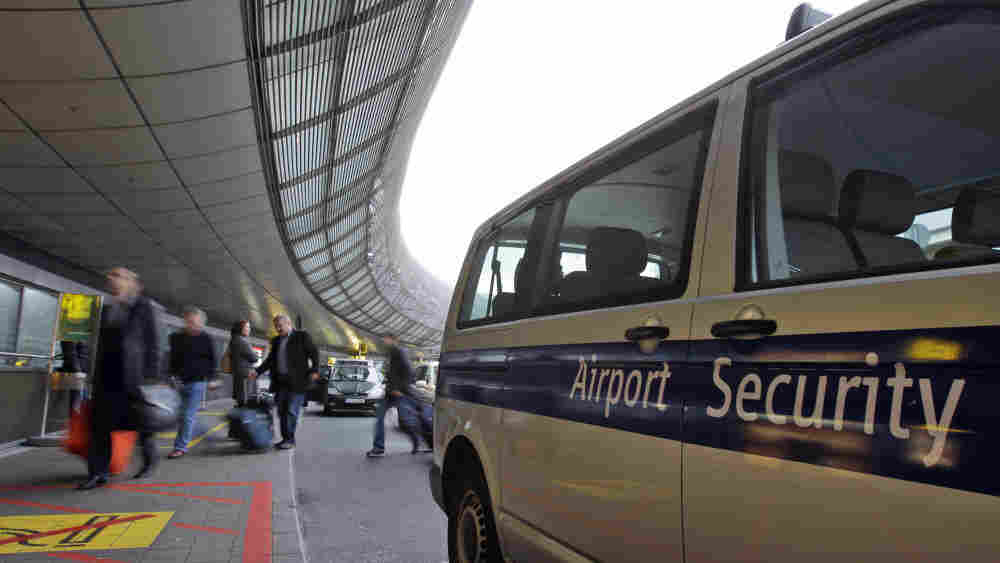 The brazen plot heightened fears of a renewed al-Qaida terror offensive against the United States and other Western countries. U.S. officials say they are increasingly confident that al-Qaida's branch in Yemen is responsible.

"I think we would agree with that, that it does contain all the hallmarks of al-Qaida and in particular al-Qaida AP,'' Janet Napolitano said in an interview Saturday on ABC, referring to al-Qaida in the Arabian Peninsula, based in Yemen.

Authorities on three continents thwarted the attacks when they seized explosives on cargo planes in the United Arab Emirates and England. The plot sent tremors throughout the U.S., where after a frenzied day on Friday searching planes and parcel trucks for other explosives, officials temporarily banned all new cargo from Yemen.

Officials believe as many as two dozen packages were sent from Yemen, NPR's Dina Temple-Raston reports. She told host Scott Simon on Weekend Edition Saturday that Yemeni officials are searching for more bombs in an abundance of caution.

The Associated Press quoted a Yemeni security official Saturday saying the investigation involved about 26 suspected packages. Some of the packages had left Yemen and others were still in the country, he said, speaking on condition of anonymity because he was not authorized to release information.

The president also said White House counterterrorism adviser John Brennan spoke to Yemeni President Ali Abdullah Saleh, who had assured the U.S. of the full cooperation of his government. 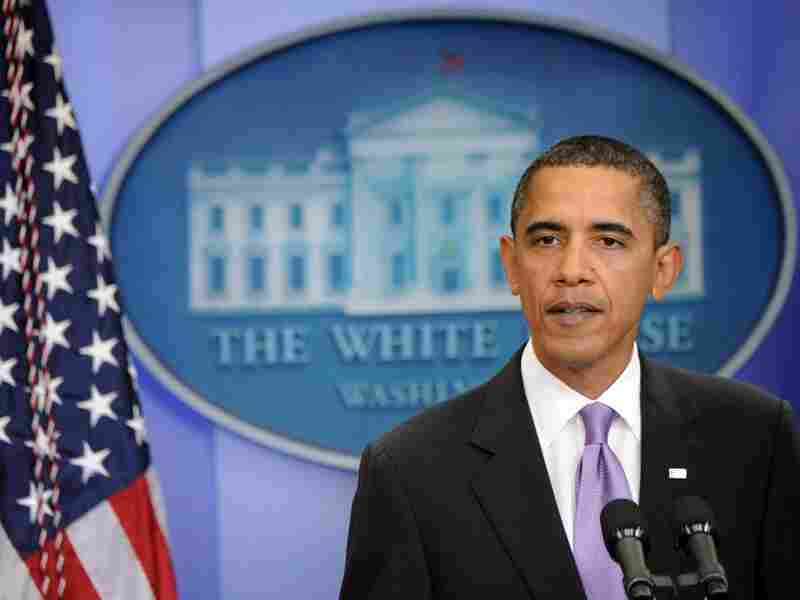 "The United States is not assuming that the attacks were disrupted and is remaining vigilant," Brennan told reporters.

The AP quoted intelligence officials as saying a tip from Saudi Arabia led to the discovery of the packages. Sources told NPR that the two packages apparently had the same return address in Yemen.

In a statement, the Yemeni government warned against "rush decisions in a case as sensitive as this one and before investigations reveal the truth."

U.S. intelligence officials warned last month that terrorists hoped to mail chemical and biological materials as part of an attack on America and other Western countries using the mail. The alert came in a Sept. 23 bulletin from the Homeland Security Department and obtained by The Associated Press.

Earlier Friday, White House spokesman Robert Gibbs said the searches of the planes in Dubai and in East Midlands on Thursday night triggered Friday's searches on cargo flights at airports in Philadelphia and New Jersey.

"The president directed U.S. intelligence and law enforcement agencies, and the Department of Homeland Security, to take steps to ensure the safety and security of the American people, and to determine whether these threats are a part of any additional terrorist plotting," the White House said in a statement.

Napolitano told CNN that investigators believe that the bombs contained the same type of explosives used in the failed Christmas Day bombing attempt of a U.S. airliner flying from Amsterdam to Detroit.

Yemen is home to the al-Qaida branch linked to that bombing attempt. 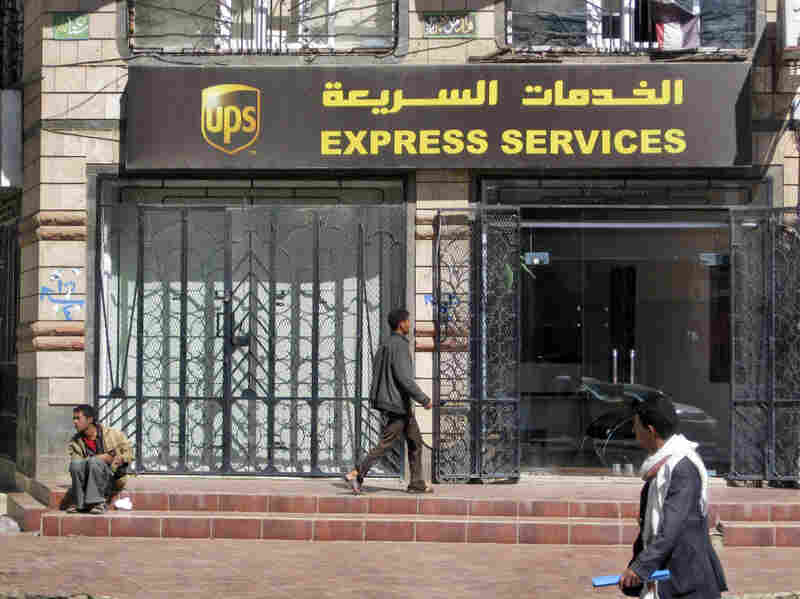 Yemenis walk past the UPS office in the capital San'a on Saturday. Yemeni authorities are searching for the people who tried to ship two bombs from Yemen to Chicago-area synagogues. AP hide caption

Obama was notified of a potential terrorist threat at 10:35 p.m. ET Thursday by Brennan, Gibbs said in a statement.

The Department of Homeland Security said Friday that travelers should expect to see heightened cargo screening and additional security at airports.

Obama will be making political appearances on Saturday in Pennsylvania, Connecticut and Illinois ahead of Tuesday's midterm elections. Ari Shapiro told Simon on Weekend Edition Saturday that it is too early to assess the potential political impact of this latest terror scare on the election.

Authorities confirmed that two of the planes searched Friday landed at Philadelphia International Airport -- one coming in from Paris and another from Cologne, Germany. Both were taken to a remote tarmac for inspection. The third flight originated in East Midlands, and the FBI was inspecting that plane at New Jersey's Newark Liberty Airport. No explosive was found in any of the aircraft.

The suspicious package in Dubai was found at a FedEx facility and confiscated by local authorities, according to FedEx spokesman Maury Lane. He said FedEx has placed an indefinite embargo on all shipments originating from Yemen and is cooperating fully with law enforcement.

Authorities also told NPR that a UPS truck in the New York City borough of Brooklyn was swept because of a package from Yemen. Nothing suspicious was found.

An FBI official in Chicago said all religious institutions in the city, including synagogues, mosques and churches, should continue to be vigilant for any unexpected packages.

Reports of suspicious packages are common. But Friday's events were unusual because of the sheer number and the various cities that were simultaneously involved. Law enforcement officials said the checks were being done "out of an abundance of caution."

NPR's Dina Temple-Raston, Ari Shapiro and Carrie Johnson contributed to this report, which also contains material from The Associated Press.