Accessibility links
Brian Eno: Improvising Within The Rules The composer and musician appreciates structure, but Eno also pursues the compelling results that occur outside comfort zones. A collaboration with two of Eno's colleagues, Small Craft on a Milk Sea enters fantastical terrain. 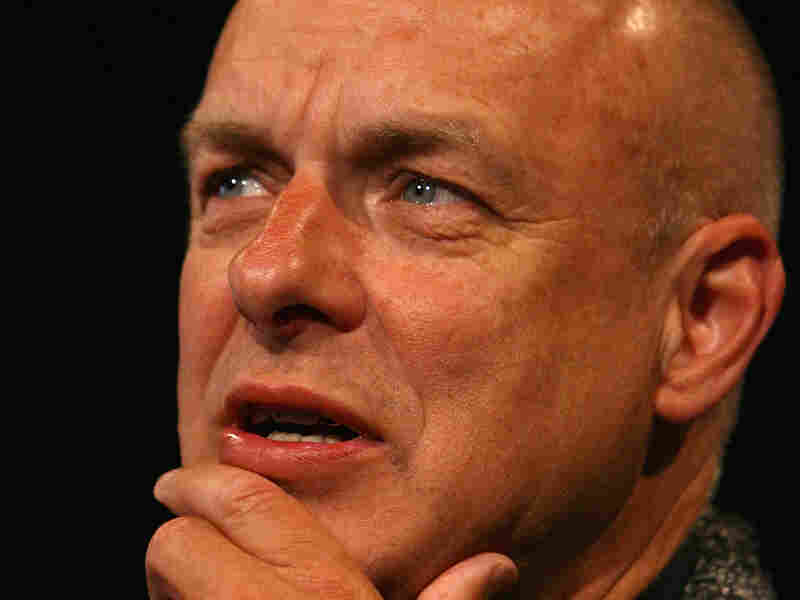 Brian Eno has long been interested in film soundtracks. His recent work on The Lovely Bones served as the starting point for his new album, Small Craft on a Milk Sea. Sergio Dionisio hide caption 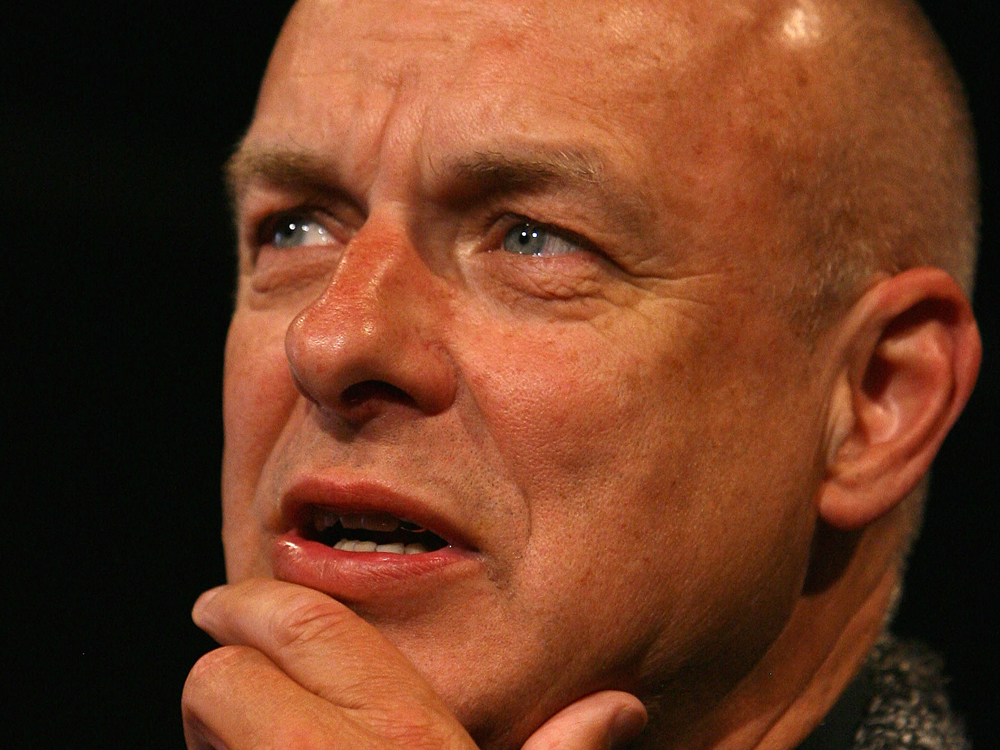 Brian Eno has long been interested in film soundtracks. His recent work on The Lovely Bones served as the starting point for his new album, Small Craft on a Milk Sea.

When Brian Eno works his musical magic, his presence is unmistakable. You may not know of his long solo career or remember his flamboyant debut as the synthesizer stylist in the early days of Roxy Music. But if you're a rock fan, you've certainly heard his studio wizardry as one of pop music's most sought-after producers.

Movie soundtracks have long interested Eno; early in his solo career, he released an album called Music for Film. He calls the pieces on his new CD, Small Craft on a Milk Sea, "the mirror-image of silent movies -- sound-only movies."

Eno's last scoring project was for The Lovely Bones; he co-produced the music with two other esteemed film composers, Jon Hopkins and Leo Abrahams. When they finished, a great amount of music remained unused, inspiring the idea for a separate full album.

"We decided to try to work on it as we had been working anyway together, which is to improvise together and then select parts of the improvisation and work on those," Eno says. "Only five of the pieces on here were related to The Lovely Bones. The rest are fantasy pieces, entirely separate."

Improvising Within A Structure

A communal white board acted as the gathering place for the composers' ideas. Eno says he insisted on improvising within a structure.

"People tend to play in their comfort zone, so the best things are achieved in a state of surprise, actually," Eno says. "I wanted to set up a way to get people to shut up sometimes, because a big problem with improvisation is that everyone plays all the time unless told not to."

Hear An Interview With Eno From 1991

The composer mentions an old friend of his, Berlin-born artist Peter Schmidt, who died in 1980. The two had similar personalities, both interested in the rules, structures and thoughts involved in making their best work. Each kept a separate list of the rules that applied to them. Eno still uses his list, sharing one of many rules: "Honor thy error as a hidden intention."

"It was a sort of a commandment that I would take into the recording studio," Eno says. "So when something went wrong, instead of saying 'Do that again,' I'd say, 'Let's listen to it. Maybe there's something there that I didn't intend, but which may be better than I did intend.' "

For Small Craft on a Milk Sea, Eno returned to his rules.

"I used them fairly often, really," he says. "I find that for improvisations, if each player takes one of those cards and keep them to themselves, don't tell anyone what rule they're operating under, that can produce some really interesting results."