Excerpt: 'When The Come For Us, We'll Be Gone'

Excerpt: 'When The Come For Us, We'll Be Gone' 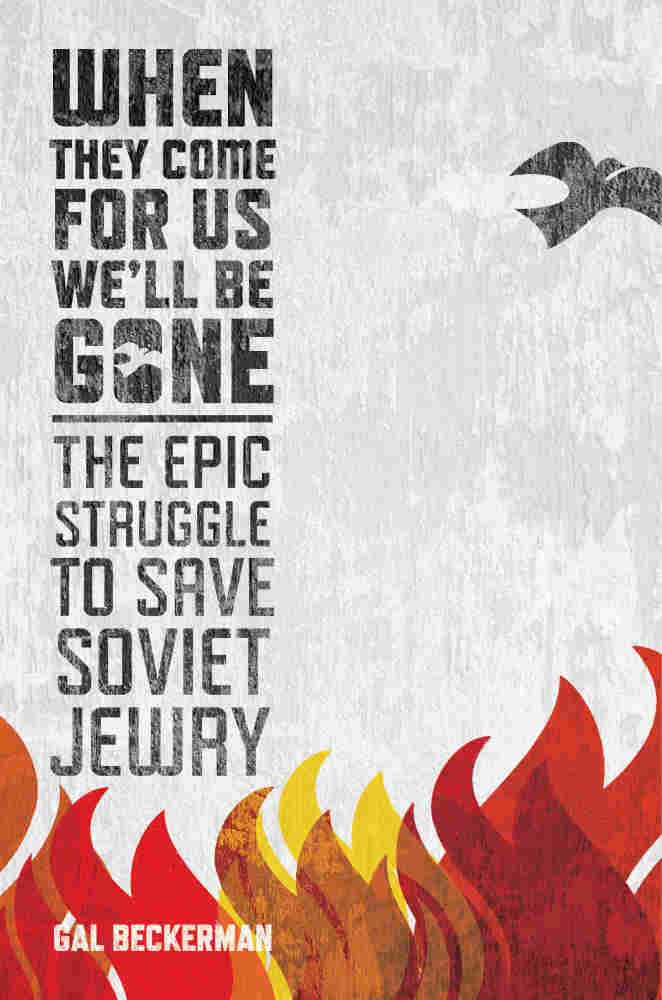 When They Come for Us, We'll Be Gone: The Epic Struggle to Save Soviet Jewry
By Gal Beckerman
Hardcover, 598 pages
Houghton Mifflin Harcourt
List Price: $30

Like most American Jews of my generation, I had a twin in the Soviet Union. Maxim Yankelevich. I doubt I’ll ever forget that name. I repeated it incessantly in the nervous weeks leading up to my bar mitzvah.

Some organization of which I was barely aware had handed down Maxim’s information, and my job was to invoke him and what I was told was his “plight” after I read from the Torah — a rite of passage that filled me with such dread I wasn’t sure I’d remember my own name, let alone this other boy’s. So I compulsively chanted to myself “Maxim Yankelevich.” It calmed me down.

The only real information I had about Maxim was on a sheet of mimeographed paper that the rabbi had given me. Maxim’s father, Zelman, was a construction engineer. His mother, Elena, was a cosmetician. The family had first applied for permission to leave the Soviet Union in 1980, when Maxim was five. Now it was 1989 and they were still living in Leningrad. His bar mitzvah was supposed to have taken place the year before but hadn’t, or couldn’t, for reasons unexplained (my imagination, populated by KGB agents in khaki trench coats shooting bullets from their shoes, filled in many of the particulars).

By mentioning him, I was told, I was symbolically allowing him to share my bar mitzvah. What I fixated on most was the small photo of Maxim’s father. It was a grainy black-and-white, but one could see the silhouetted outline of a man wearing a cap, scarf, and thick-framed glasses. He looked like a father from another century, a shtetl father, and I pictured him, the construction engineer, carefully laying bricks day after day. Besides the photo there were only a few lines of text and just one sentence to give me a sense of the plight that necessitated my intervention. Maxim had grown up, I was informed, in “an atmosphere of tension and uncertainty.”

My rabbi was a sensitive and thoughtful man but he must have matched young boys and girls with thousands of these Soviet twins by the late 1980s and he didn’t take the time to explain further.

In the days leading up to my Torah reading, while I tried on my new gray suit and red clip-on tie a dozen times in front of the mirror, Maxim Yankelevich took up residence in my overactive brain. I imagined what he looked like: taller than me, blond, without braces, carrying his schoolbooks with an old-fashioned book strap.

The fact of his existence though, somewhere far off to the east, thoroughly confused me. These were the last years of the Cold War. I was aware of the “evil empire,” if only through the detritus of pop culture, which seemed obsessed with the Soviet-American relationship.

For some reason, I was fascinated by the truly awful 1985 film White Nights. It starred Mikhail Baryshnikov as a Russian ballet dancer who had defected from the Soviet Union but found himself — through the deus ex machina of a plane crash — trapped once again in the country he had fled. In one scene, the Baryshnikov character lustily dances to the music of the banned raspy-voiced folksinger Vladimir Vysotsky on the stage of the empty Mariinsky Theater while his old girlfriend watches and weeps, knowing that if he had stayed in the Soviet Union he would never have been permitted to express himself with such abandon. Some variety of repression was hidden there behind the constantly invoked iron curtain.

Of that, I couldn’t help being at least somewhat aware. But still, when I read about Maxim, the notion that he or any other Jew lived in “an atmosphere of tension and uncertainty” was hard to fathom.