Accessibility links
'Megamind': Supernature Vs. Supernurture, In 3-D In a clever take on the standard superhero format, Megamind centers on a bumbling villain who accidentally defeats his heroic nemesis -- and loses his entire reason for being. When a new villain threatens the city, Megamind gets the chance to find a new goal in life. 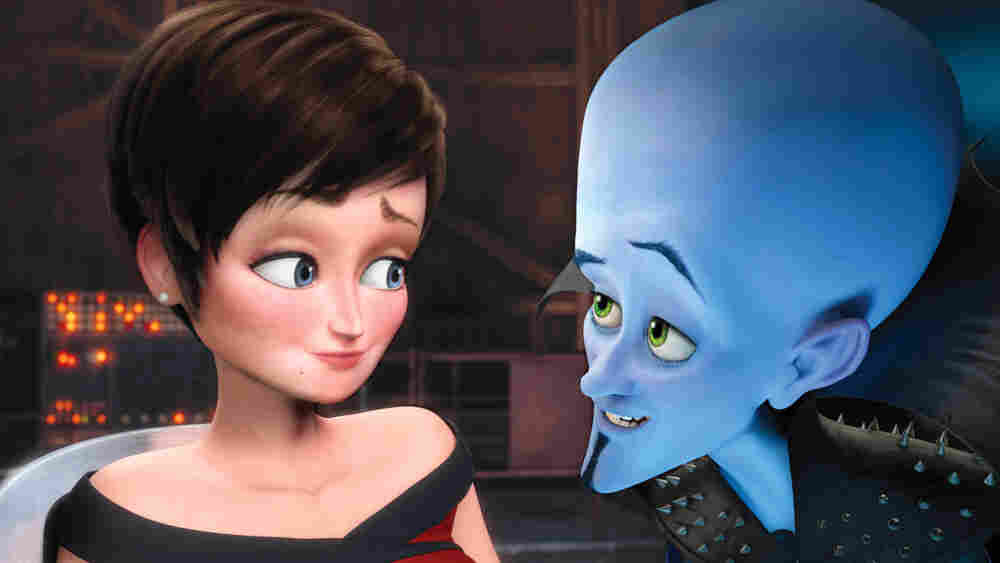 Evil Deed: Roxanne Ritchi (left), given voice and sarcasm by Tina Fey, is frequently kidnapped by the self-declared genius villain Megamind (voiced by Will Ferrell) in his efforts to take over Metro City and antagonize its resident hero. DreamWorks/Paramount Pictures hide caption

Rated PG for action and some language

Actors often say that villains are more fun to play than heroes. Othello may be noble, but Iago's more interesting; Batman's the good guy, the Joker gets the punch lines. And children's films lately have been playing to that notion by centering on figures usually typecast as bad guys -- a rat in Ratatouille, an ogre in Shrek, a criminal mastermind in Despicable Me.

To that list of animated infamy, let us now add the title character in Megamind. He's introduced with an origin story that will sound familiar to adults: On a planet that's about to explode, young parents place an infant in a spacecraft bound for safety on Earth.

The twist is that this scenario happens twice this time, with one kid landing in a nice neighborhood and growing up to be the hero we expect: Metro Man, who literally walks on water as he's cheered by the citizens of Metro City. The other interplanetary orphan lands in a jail, where he's brought up by criminals with the not unpredictable result that he grows into the archenemy role -- Megamind, emphasis on archness, because his mind isn't nearly as mega as he thinks it is. Megamind's plots tend to backfire, his inventions turn out to have unexpected side effects, and he's so socially isolated he doesn't even know that Metro City doesn't rhyme with "atrocity."

Superhero-story conventions being what they are, it never occurs to Megamind (Will Ferrell) that he might actually triumph over Metro Man (Brad Pitt). So when he accidentally does, he has no idea -- once he's finished the obligatory preening and gloating -- what to do with himself. And therein hangs the rest of a tale that director Tom McGrath and his animating minions have made quirky, clever and as artfully three-dimensional as it is jokey. (Which is saying something.) 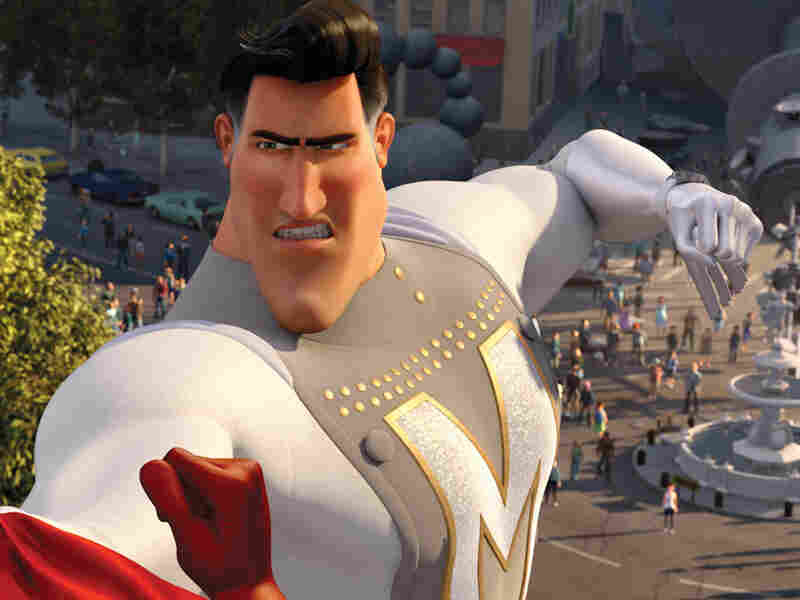 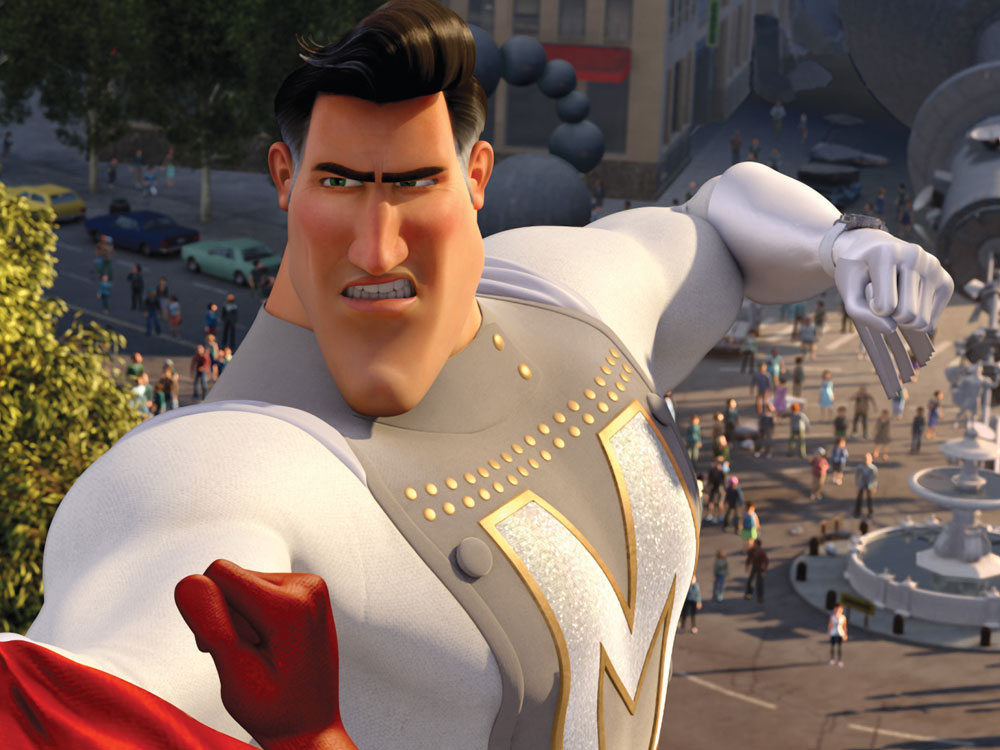 Metro Man, voiced by Brad Pitt, is the hero of Metro City, whose unexpected defeat leaves Megamind at loose ends.

Vocals from Jonah Hill, as a Jimmy Olsen-like TV cameraman who dreams of superhero stardom; and Tina Fey, snarky in what you might call the Lois Lane role, add to the fun. Fey is dismissive enough of both the full-of-himself superhero and a pair of puffed-up ubervillains that you can almost forget she's stuck playing an all-too-typical damsel in distress. Guess even a superhero spoof can't stray too far from convention; maybe in the inevitable sequel she'll get superpowers of her own.

Until then, the kiddie set can chortle at Megamind's slapstick and its goofy one-upmanship while adults get a kick out of all the smart spatial tricks that highlight the 3-D effects, plus a running joke in which Ferrell channels Marlon Brando as Jor-El. Kids watching Megamind will have no idea why you're laughing at that, but that's a good thing, right? There'll be plenty of time later on for them to become meta-mindful.