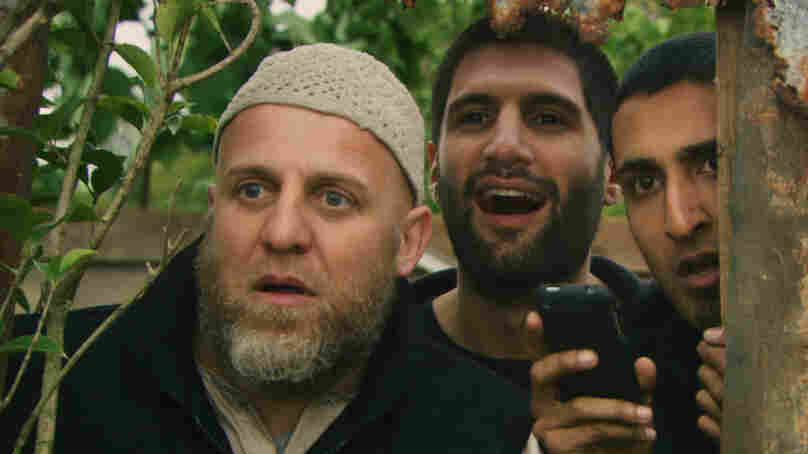 British comedian Chris Morris knows he's bound to offend people with his feature-film debut, Four Lions. It's a biting satire that follows the members of an Islamic terrorist cell in Britain, makers of mayhem who possess all the cunning of the Three Stooges.

Morris, who directed and co-wrote the film, has been repeatedly approached by critics who claim that a slapstick comedy about terrorism just isn't funny -- and, by the way, that they resented Morris for making them laugh at it.

LANGUAGE ADVISORY: These clips contains language some might find offensive.

Morris understands where his critics are coming from. But he spent three years conducting research for his film, sifting through the stories of real jihadists. What struck him time and time again, he says, was just how inept they all seemed.

"I wasn't looking at this subject thinking it would be funny," he says. "But I just kept finding funny examples."

Take, for example, the debate that takes place between Barry (Nigel Lindsay) and Omar (Riz Ahmed), two of the bumbling extremists in Morris' Four Lions. Barry wants to bomb a local mosque to "radicalize the moderates." Omar suspects he's an idiot. And says so.

"It's taken direct from MI5's surveillance, word for word," Morris claims. "I mean, the truth is that these things are more ridiculous than you tend to think they might be, given the seriousness of the subjects."

According to Morris, the funny terrorism moment that "kicked it all off" for him was an attempted Yemeni attack on an American warship. The aspiring terrorists in question planned to ram the ship with an exploding boat. They assembled at three in the morning, put their launch in the water, and filled it with explosives. It sank. 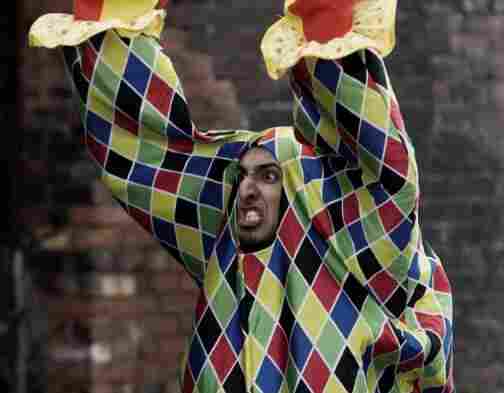 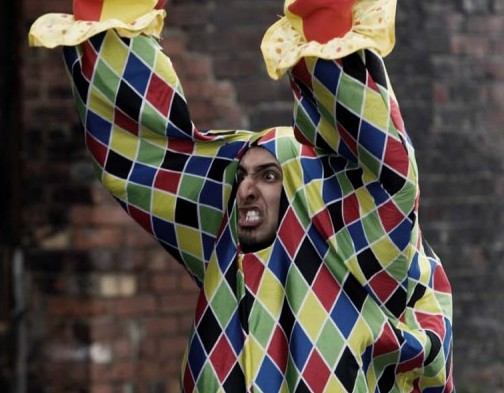 Does This Man Look Dangerous? Jihadist Hassan (Arsher Ali) dons a disguise at the London Marathon.

"At that point, you do have a Keystone Kops moment," says Morris. "All you have to do is fill in the script of who said what to whom. And it didn't stop after that. That was the thing. So the cue for making this film funny is nothing less than real life."

Morris' research yielded more than a few surprises, which he dutifully incorporated into the film. Take the character Barry, who's a white convert to Islam and the most radical member of the group.

"There are good examples of people who start off from a radical ideology that is not Islamic," Morris says. "I mean, there was a guy who was a neo-Nazi in Britain who converted to Islam because of 9/11. So we had that sort of trajectory in mind for Barry."

Then there's Omar, the brightest bomber in the group, whose militancy is a family affair. He is happily married to a beautiful woman who accepts his terrorist activities. Together they have a young son, with whom Omar has a loving relationship.

"These aren't all desperadoes, you know, looking to get laid," says Morris. "Some of these people do have a happy home life. There was a case in Holland of a jihadist -- he was in court, and he was sort of recanting his radical ideology. His wife from the gallery shouted out, 'I divorce you, I divorce you, I divorce you,' because he had basically betrayed the cause. So there's not a sense necessarily that you can't have a family and do this."

And the favorite film of Britain's homegrown jihadists? According to Morris' research, The Lion King. In Four Lions, the character Omar turns the film into a teachable moment for his son.

"I spoke to various radical guys," Morris says, "[and] The Lion King was one of their favorite films. And you think, 'This is ridiculous.' And then you think, 'But of course it's telling an easily understood good-vs.-evil narrative.' "

"That's the weird thing," he adds. "These guys think they're soldiers on behalf of good. So that begets the [Lion King] scene that you see in the film."

Morris has received his fair share of criticism for Four Lions -- not that it particularly bothers him. He's made his career satirizing British politics and journalism, and his film takes part in a long tradition of political satire so contentious that it may have a real political impact.

When Stanley Kubrick's Dr. Strangelove was released in the 1960s, New York Times film critic Bosley Crowther wrote an essay on the responsibility of the filmmaker. When a satirist touches on particularly sensitive political subjects, Crowther argued, he's burdened with certain obligations. After all, his work may have real-life consequences. 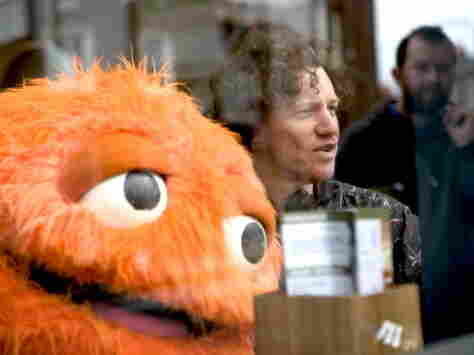 The Satirist: Chris Morris (center) is best known for anchoring the British fake-news program The Day Today. He's pictured here with one of the many costume disguises worn by Islamic radicals in his debut film, Four Lions. /Drafthouse Films hide caption 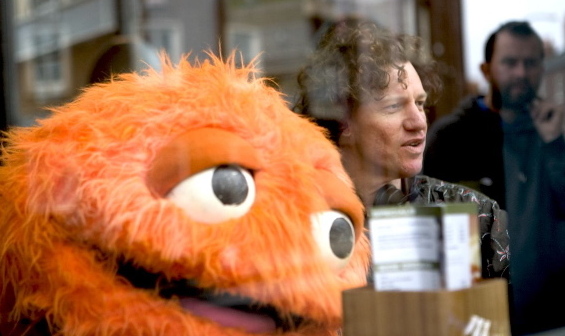 The Satirist: Chris Morris (center) is best known for anchoring the British fake-news program The Day Today. He's pictured here with one of the many costume disguises worn by Islamic radicals in his debut film, Four Lions.

"I think the job is to cause people [like Crowther] to write embarrassing sermons," Morris says. "I mean, to be honest, it'd be great to see this in grand terms. But actually when you're doing [satire], I mean, you're following your gut instincts. And I think the test for yourself is not some grandiose sense of what the impact should be, or who will get this or who won't. If your jokes are residing on truth that comes from the real world, then you trust to that."

When it comes to provocative satire these days, Morris certainly has company. Several days ago, masses of people descended on the National Mall to attend the Rally To Restore Sanity And/Or Fear, led by comedians Jon Stewart and Stephen Colbert. Stewart concluded the rally with an earnest appeal about our national discourse.

In Morris' opinion, he should have remained anarchical to the end.

"I mean, his job as a satirist is to sit there and say, 'Yup, 10 million people turned up,' " Morris says. "I thought that was a pretty good joke. Now, I didn't see the speech at the end, so, you know, I wouldn't comment on that. But there is a danger."

Not that that the rally was purely satirical -- Stewart's a different kind of animal.

"Of course it was political," says Morris. "I mean, how can it not be? How can you marshal that many people and treat them to a day which has a political message and then say it's not political? What Jon Stewart does is like op-ed columns, but with jokes. It's not quite the same as a sort of blast-everything-out-of-the-water satire like Dr. Strangelove. They're different jobs, you know?"

For his part, Morris has successfully inspired a few embarrassing sermons of his own. In what NPR's Siegel calls the most qualified compliment he's ever seen, the Guardian recently wrote of Four Lions that, "On the evidence of this half success, Morris remains one of the few contemporary practitioners of caricature in relation to whom the word genius doesn't seem inappropriate."

"If you could say the job of making a film like this would be to cause someone to write a sentence as bad as that," Morris says sagely, "then ... [my] job's done."