Accessibility links
Dionne Warwick Reflects On Her Life, As She Sees It In the course of her career, singer Dionne Warwick has delivered some of music's biggest hits, including the songs "Walk On By" and "I'll Never Fall In Love Again." Warwick reflects on 50 years in entertainment in her memoir, My Life, As I See It. 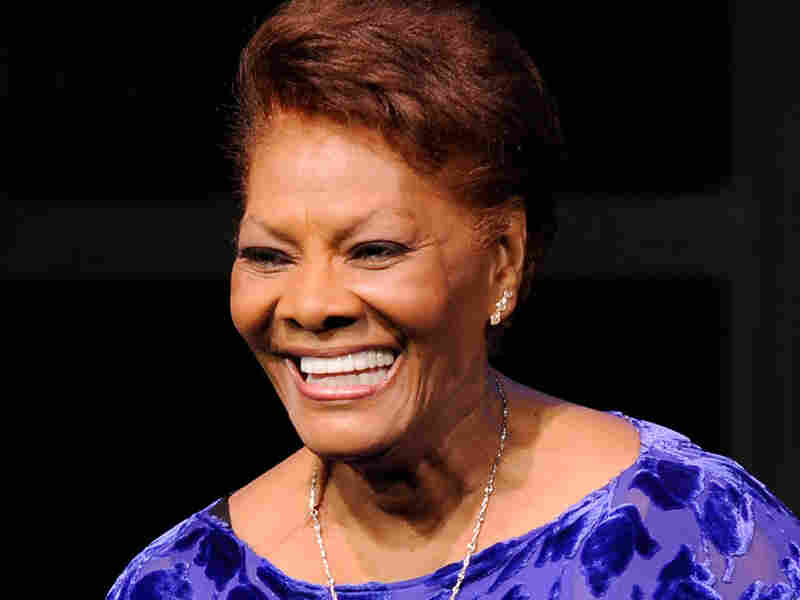 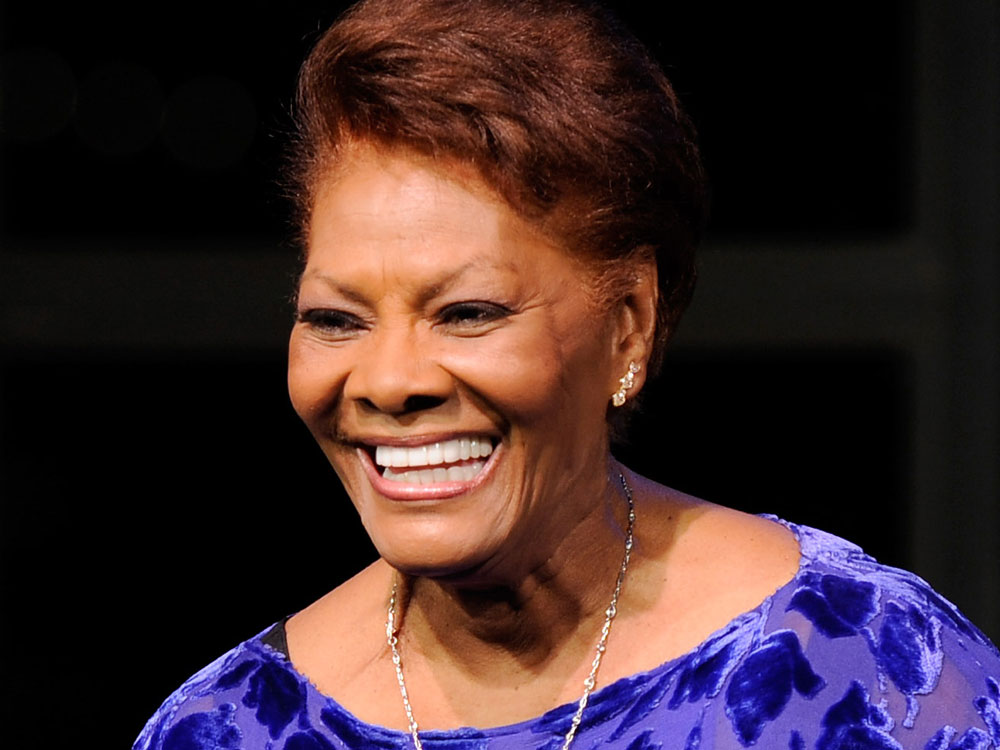 In the course of her career, singer Dionne Warwick has delivered some of music's biggest hits, including the songs "Walk On By" and "I'll Never Fall In Love Again." Warwick reflects on 50 years in entertainment in her memoir, My Life, As I See It.

Warwick's story begins backstage, where she would carefully observe the performers she admired as a young singer.  From that vantage point, she once took careful notes on a performance by Diahann Carroll, who, after the show, had asked her what she was doing.

Warwick also picked up performance tips from stars like Sammy Davis Jr., Frank Sinatra, Lena Horne, Ella Fitzgerald and Sarah Vaughn; but she credits much of who she is today to the examples set by the women in her family.

"My mom and my aunts were, and still are ... some of the most stylish women I've ever seen in my life," she says.

My Life, As I See It: An Autobiography
By Dionne Warwick
Hardcover, 304 pages
Atria
List price: $26

Soon, the young Warwick had a record deal. She initially signed with Florence Greenberg of Scepter Records, but their relationship was complicated. Warwick describes Greenberg as a maternal figure, but she also objects to how she was treated and what she refers to as "slave contracts."

At the time she signed her contract with Sceptor, Warwick says she didn't really know what she was getting herself into.

"All we were really concerned about was singing some great music and touring the entire United States as well as other parts of the world," she says.

It wasn't until Warwick's father took a look at some of the accounting that she realized she was owed money, which was later recovered.

But that was just a snag on her way up.

As Warwick's fame and influence grew, she made sure to help other rising musicians to make it like she did. She hired Stevie Wonder to write the soundtrack for the film The Woman In Red, but, because he couldn't actually see the film, she had to explain the action and look of it to him at a screening -- and it worked beautifully. Wonder was so inspired when he got home, he had most of the songs, including his hit single "I Just Called To Say I Love You," done in just three days. 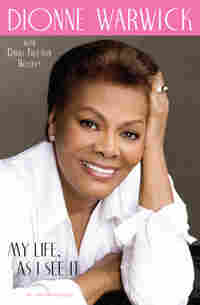 My Life, As I See It: An Autobiography
By Dionne Warwick
Hardcover, 304 pages
Atria
List price: $26

If You Can Think It, You Can Do It

Singing wasn't the only vision I had for my future. Remembering what Grandpa had said to me, I wanted to be many things. I aspired to be a ballerina. I loved their dignity and grace, some of which I try to convey in my stage show. I thought of being a court stenographer -- I was always curious and perhaps a little nosy as a child. The thought of being a teacher became the most interesting to me, and I still feel I can share with others some of what I have learned. But it was the pursuit of a music career that propelled my sister, Dee Dee, and me to start our own gospel group, the Gospelaires, in 1957. And that's when things started to take off.

We were still in high school, but we could sing our little hearts out. Besides Dee Dee and me, there were Myrna Utley, her brother John, Carol Slade, and Sylvia Shemwell. We were all members of the New Hope Baptist Church and the C. H. Walters Choir. Reverend C. H. Walters was pastor of New Hope. Myrna and Sylvia became members of the Sweet Inspirations along with Estelle Brown and my aunt Cissy, who founded the group. They went on to be very successful.

Singing at church functions and gospel caravans, we began to make a name for ourselves throughout the state of New Jersey and other parts of the eastern seaboard. Our efforts were promoted by our church members, friends, and, of course, the Drinkard Singers. We Gospelaires felt that we were carrying on the legacy given to us by the Drinkard Singers to spread the word of our Heavenly Father through song.

We ultimately felt strong enough to compete at the world-renowned Apollo Theater in Harlem, New York, during one of its gospel shows, in which the Drinkards were appearing with other renowned gospel singers. The amateur talent contests at the theater have always been legend. The audiences have long enjoyed a reputation for being tough, smart, and unafraid to let you know how they really feel about your performance. The amateur night is a Wednesday-night tradition that started way back in 1934, and Ella Fitzgerald, who happens to be the godmother of my youngest son, Damon, was among the first winners.

One group appearing on that night's show was the Imperials. A wonderful group out of Philadelphia, the Imperials had a recording called "To Those That Wait," which had become a favorite of our group. So we decided we would perform that song. We had the nerve to sing it while the Imperials stood in the wings listening to us. And guess what? We won the amateur hour. The Imperials were happy for us and told us we did a wonderful job.

The Apollo Theater stage became and remains the barometer by which many performers determine whether they'll succeed in this business. The saying goes, "If you can make it at the Apollo, you can make it anywhere."

That Wednesday evening was also the start of the Gospelaires' entry into the world of background singing in the recording studios of New York. A young man approached all the groups performing on this particular show and asked if they could do a background session at Savoy Records in Newark. So I spoke up and told the man that my group would do it. He said okay and asked us to meet him at the Savoy Records studios, where we did a session with Sam "the Man" Taylor, a big-toned saxophone player, and Nappy Brown, a popular R&B and blues singer.

As a result of that first date, the Gospelaires fast became the female voices of choice for background work in New York. We worked behind some of the biggest recording artists of that time: the Shirelles, Ray Charles, Dinah Washington, Ben E. King, Chuck Jackson, the Exciters, Tommy Hunt, Solomon Burke, and the Drifters, just to name a few.

So at age seventeen, while in my senior year preparing to graduate from East Orange High School, my career had begun. But all the studio work had to be scheduled for the weekends. Our parents were not going to allow anything to interfere with our schoolwork.

On weekends, we hopped on the 118 bus that took us from Newark to the Port Authority Bus Terminal near Times Square in New York City. From there, we'd catch the subway to where the recording studios were located. We worked quickly and diligently to get our parts down on the first take, if possible, so we could rush back home to East Orange.

Eventually, graduation day came, and my entire summer was spent doing more studio work. I could certainly use the money, since I was entering the Hartt College of Music that September. I had a partial scholarship from my church, but the money I earned doing background sessions during the summer was a huge help in paying for tuition, books, rent, and food. I arranged my classes so that I could do studio work in New York Thursdays through Saturdays, and then be back in Hartford by Sunday to resume classes on Monday.

I became known as the "demo queen," and a young man named Jimmy Breedlove was known as the "demo king." Songwriters used demos, or demonstration recordings, to showcase their song for record executives. Back then, a demo was the key to whether a writer's song was chosen for release. I did demos for many songwriters and music publishers, particularly those who were in the Brill Building in Manhattan. I also remember spending hours at another building, on Seventh Avenue and Forty-seventh Street, where a recording studio called Associated was located. I would record one demo after another after another. This was an exciting time in my life. 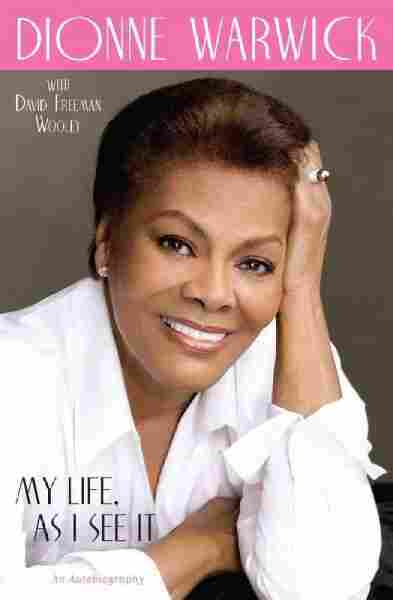 My Life, As I See It

Title
My Life, As I See It
Author
Dionne Warwick and David Freeman Wooley