Accessibility links
'Vanity Fair' Writer: What Will Speaker Boehner Do? Vanity Fair political writer Todd Purdum walks us through what the new Republican House majority means for Congress and the White House -- and explores why presumptive House Speaker John Boehner might have an even tougher fight ahead. 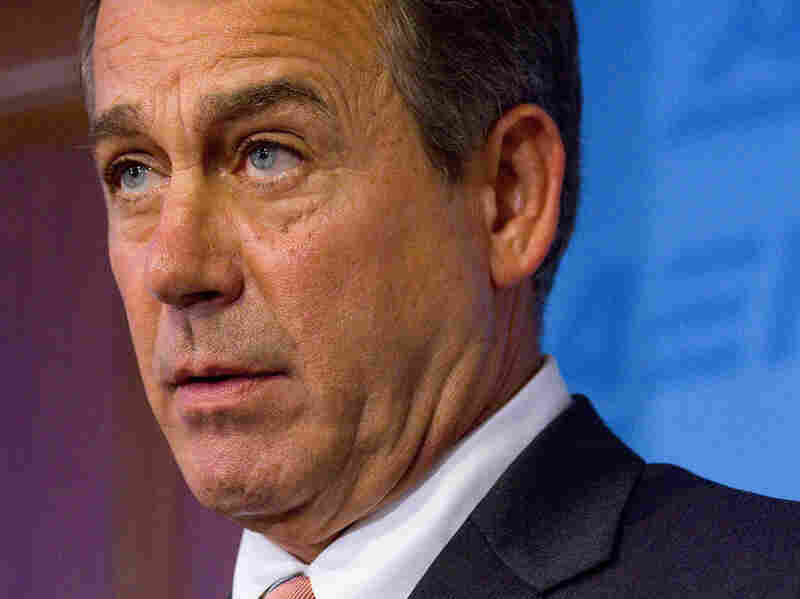 Rep. John Boehner (R-OH) is likely to be named Speaker of the House in the wake of the GOP's victory Tuesday night. J. David Ake/AP Photo hide caption

Tuesday night's Republican victories in the House will bring a new crop of Congressmen to Washington, but they are likely to be led by a GOP throwback: John Boehner, the10-term Ohio representative who was once known as a bipartisan deal-maker -- and who recently constructed and then led the recent "Hell no!" veto strategy against President Obama.

In a recent profile of Boehner, Vanity Fair's national editor Todd Purdum wrote that Boehner "was among the architects of the strategy by Republicans in both houses to resist the president at every turn, regardless of whether they thought his proposals made sense or might be good for the country."

Now that Boehner is poised to become the next speaker of the House, Purdum tells Terry Gross that the 10-term Ohio Rep. is likely to run the place with a less obstructionist hand.

"I think what he did [during the last term] was hold together an unruly group with a lot of internal disagreements and he got them to vote in near lockstep with him against the president," he says. "But I think John Boehner knows very well, because of his own experience, that it's one thing to get a majority ... [but] it's very, very hard to retain a majority if all you do is say no. And I think he and the advisers around him know they have to put something in front of the House and in front of the American people that they can be for, as opposed to just being against."

Boehner will also face challenges within the House when the new members, many elected with Tea Party support, arrive in January.

"He doesn't pretend to be morally pure or ideologically rigid," Purdum says. "I think some of the Tea Party elements are quite pure and John Boehner is not that. [He's] also not a fresh face. He's been around Washington for 20 years. He's been in and out of the Republican leadership, first in the Gingrich era and then after he succeeded Tom DeLay. ... He sort of stands at the transition between modern politics that we're experiencing today, with social media and the Internet, and the kind of old-fashioned ward politics that predominated in the middle of the 20th century."

In addition to Boehner, Purdum has also profiled John McCain, President Obama, Karl Rove and Sarah Palin for Vanity Fair. He previously spent 23 years at The New York Times, where he was a diplomatic and White House correspondent in the paper's Washington bureau.

"I think she had influence in some places and not in others. Some of the people that she backed, like Christine O'Donnell, came to grief. Significantly, two of the most prominent female candidates in the country, Meg Whitman and Carly Fiorina, running for Senate in California, gave Palin a very wide berth. They managed to find other things to do when she was in California. So I think Sarah Palin, as Oscar Wilde once said, 'is the kind of thing you like if you like that sort of thing.' She is incredibly polarizing. And the people who like her, love her to death. And the people who can't stand her, really can't stand her. And I think she has to be used very carefully as a surrogate and as an influence in politics -- and as we've seen in the last week or two, there's been a lot of buzz about how members of what's left of the Republican establishment are actually quite nervous about Governor Palin because they think she could run for president. They think it's possible that she could win a few primaries or even the nomination and I think most Republicans would think that would be an absolute disaster for their party." 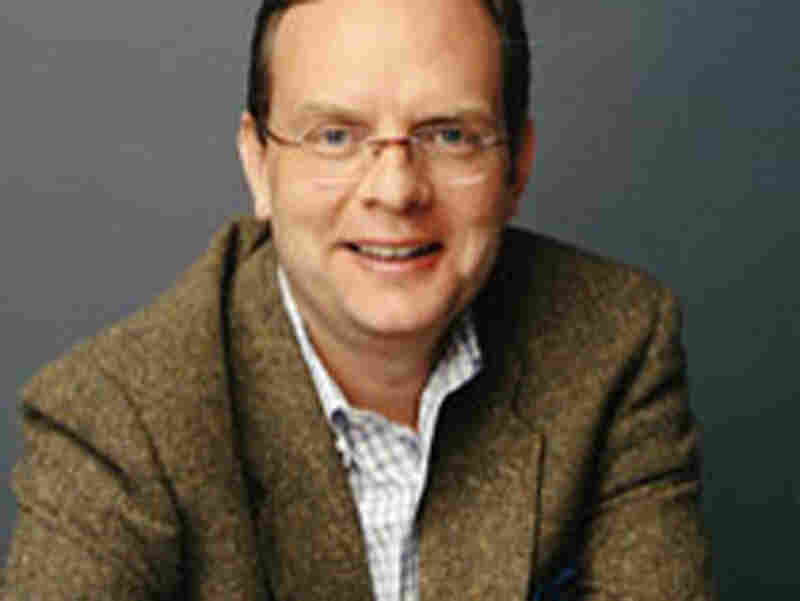 Todd S. Purdum Asks, Can Washington Be Fixed?
John Boehner: The Audacity of Nope
John McCain: The Man Who Never Was
Bill Clinton: The Comeback Id
Sarah Palin: It Came from Wasilla

"I think [Republican strategists] are afraid of her because they know she's a polarizing figure who by-and-large turns off independents and independents, at the end of the day, are really the kind of people you want to get to win a general election. I think they also have a lot of fear that she is undisciplined and not very diligent about doing her homework and that to win the presidency, you have to put together one good month after another. And some person who worked with Governor Palin on the McCain campaign said that he 'didn't really think she was capable of putting together five good days in a row.'

On Rand Paul's victory in Kentucky

"I think he's bringing to Washington a lot of lonely nights in the sense that he's not going to make that many friends in the Senate right away because he is going to be a passionate advocate for the things he believes in and they will not be the things his fellow Kentuckian Mitch McConnell (the Senate minority leader) believes in. So he's something unusual in American politics. People like this come along every once in a while. He's really kind of a purist and it'll be interesting to see what happens to him. ... He's certainly not going to let his partisan affiliation trump his ideological views. He's not going to be a lockstep Republican on issues that are important to him."

"We're in a period of incredible volatility. The last time our country went through a period like this, you could argue, was in the years after World War II, when between 1946 and 1952, the House changed hands repeatedly. ...But I think it means the public's impatient, the public's worried, the public's lurching a little bit from side to side saying 'We'll take a chance on you. No. We don't like what you've done. We'll take a chance on the other guy.' And I think what it means in the short-term is it's a very cautionary tale for John Boehner and the Republicans and I think John Boehner's well aware of this. They have to be very careful with how they handle their majority or they'll lose it."