Accessibility links
HOUSE: Republicans Recapture Control Republicans have recaptured control of the House of Representatives, and John Boehner of Ohio will presumably be the next speaker. In a sign of enormous dissatisfaction with the status quo, voters have undertaken a thorough cleansing of Democrats, regardless of whether they are liberals, moderates or conservatives. 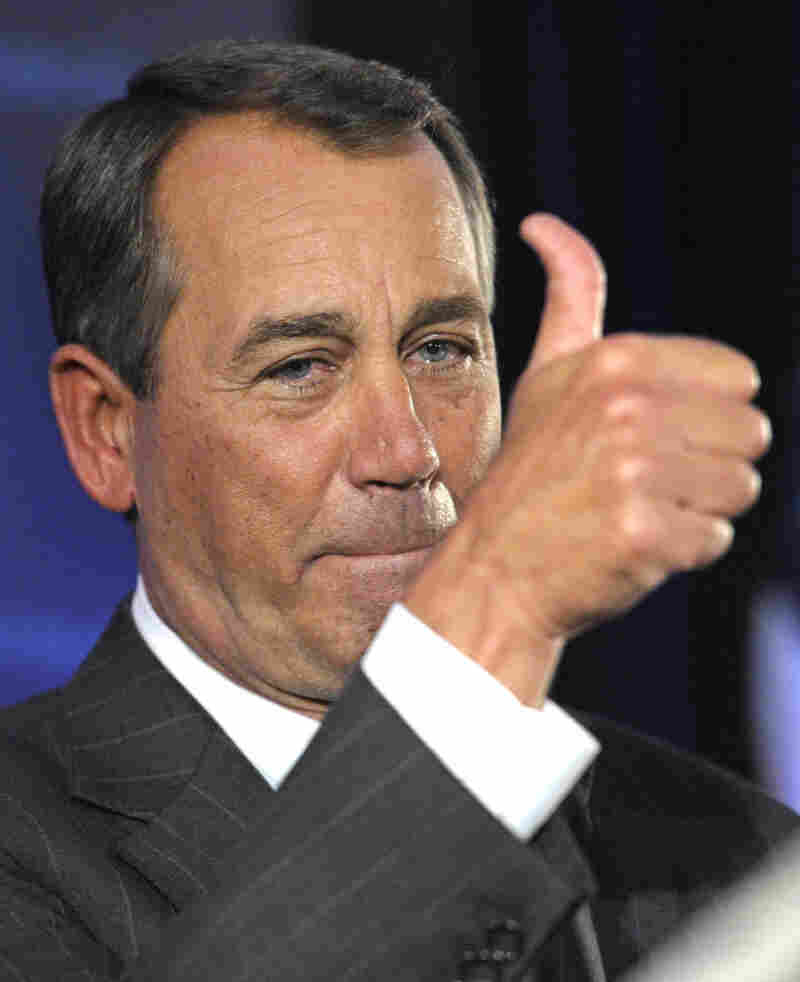 Republicans have recaptured control of the House of Representatives, and John Boehner of Ohio will presumably be the next speaker.

"The American people have sent an unmistakable message" to President Obama, Boehner said in a late-night speech to wild applause. "And that message is: Change course."

President Obama called Boehner to congratulate him for the Republican victory and said he is "looking forward to finding common ground with Republicans," according to the White House. Boehner said the new House would work with the president.

"But make no mistake," he warned, "the president will find in our new majority the voice of the American people as they've expressed it tonight, standing on principle, checking Washington's power and leading the drive to a smaller, less costly and more accountable government here in Washington, D.C."

For her part, House Speaker Nancy Pelosi said in a statement that the election "does not diminish the work we have done for the American people," adding that Democrats took "courageous action" to create jobs and "save the country from the worst economic catastrophe since the Great Depression."

In a sign of dissatisfaction with the status quo, voters undertook a thorough cleansing of Democrats, regardless of whether they were liberals, moderates or conservatives. Among the losers were incumbents across the country, freshmen and old-timers, lawmakers who voted for health care and those who voted against it.

It doesn't matter what flavor they are. Having a D after your name is like having a target on your back.

"It doesn't matter what flavor they are," said NPR Political Editor Ron Elving. "Having a D after your name is like having a target on your back."

A key sign of dissatisfaction was the ouster of four seasoned lawmakers, some known as "Old Bulls" who chaired key committees.

In Missouri, Ike Skelton, who first won the 4th District in 1976, was upended by Republican and former state Rep. Vicky Hartzler. The district has been trending Republican for years, and this year proved the tipping point for Skelton, who chairs the Armed Services Committee. Hartzler, like many Republicans, campaigned against the economic stimulus plan as wasteful and against health care reform and the cap-and-trade bill.

In South Carolina, Jack Spratt, chairman of the Budget Committee, lost his 5th District seat after 28 years. He faced a formidable challenge from state Sen. Mick Mulvaney, a fiscal conservative who blamed the Democrats in general and Spratt in particular for U.S. economic woes.

In Virginia, Rick Boucher, who serves on the powerful Judiciary Committee and on Energy and Commerce, lost his 9th District seat after 28 years to Republican Howard Griffith, the majority leader of the Virginia House of Delegates. Chet Edwards, who managed to keep his seat in Waco, Texas, for 20 years -- even during the presidency of George W. Bush -- finally fell to Republican Bill Flores. Flores, an oil and gas executive, has never run for public office.

In Pennsylvania's 11th District, 26-year incumbent Paul Kanjorski, who chairs a key subcommittee on Financial Services, lost to Louis Barletta, the mayor of Hazelton, Pa., known for his tough stance on illegal immigrants.

These races suggest that the House of Representatives is undergoing an upheaval not seen since 1994. Republicans needed to pick up 39 seats to take control of the House. As of Wednesday morning, they had picked up 60 seats. At least 38 incumbent Democrats were defeated, versus one sitting Republican.

In 1994, 52 Republicans swept into the House, fueled by weary frustration with the tired Democratic majority and grabbing the majority after 40 years in the wilderness.

In 2010, it's a counterwave election, in which Republican are snatching back the victories that Democrats won in 2006 and 2008. This wave was propelled by the view -- articulated most vehemently by the populist Tea Party movement -- that the Obama administration has driven the economy in the wrong direction by pushing through health care reform, the financial bailout and the economic stimulus plan. The health care law is particularly unpopular: Recent polls suggest that more than half of Americans oppose it, and 51 percent are in favor of repealing it. 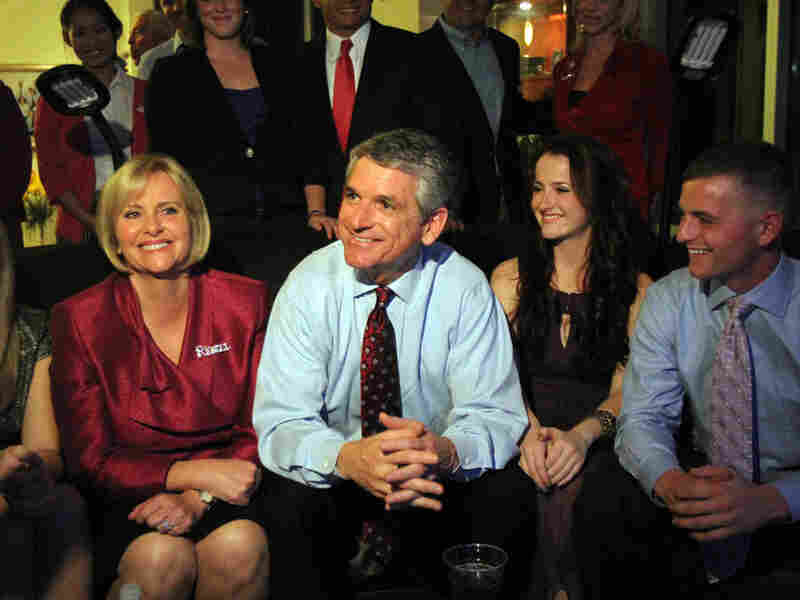 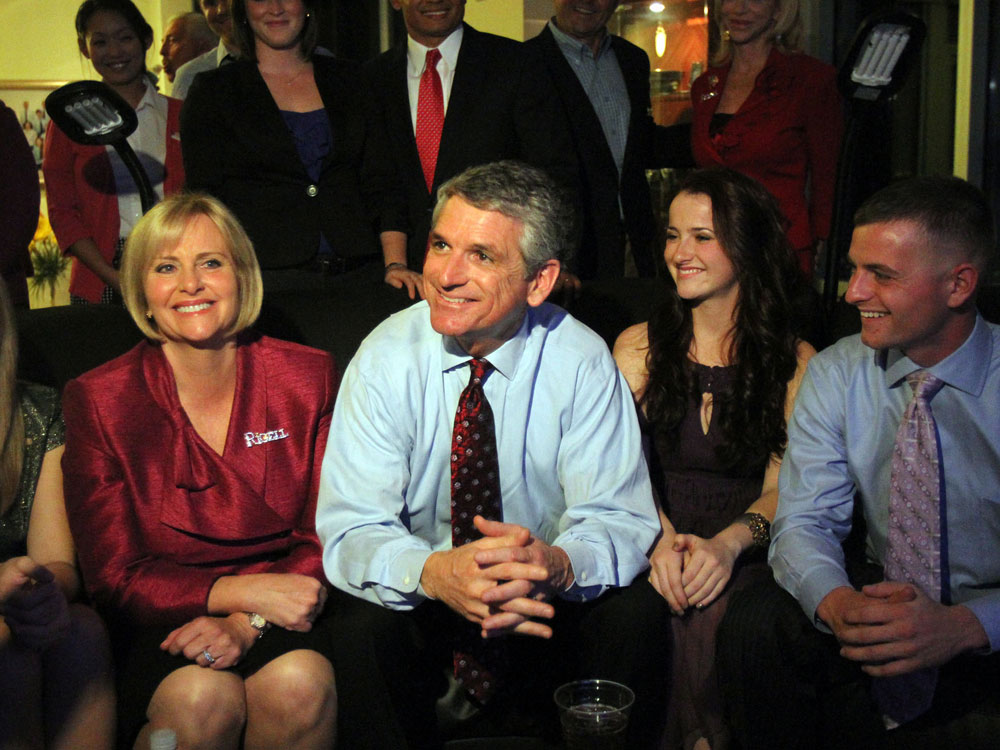 Andrew Kohut at the Pew Center for the People & the Press said a major force in the upheaval was the "enthusiasm gap." According to exit polls, conservatives went to the polls in force, while President Obama's most loyal constituency -- young people and African-Americans -- stayed home compared with 2008. And the middle of the electorate -- independents -- flipped in their loyalties. This year, 56 percent of independents said they voted Republican, vs. 39 percent who said they favored Democrats. That was almost the reverse of 2008. The economy was the major factor that drove voters into the Republican camp, an issue that is at the heart of the Tea Party movement. Some 41 percent of voters say they support the Tea Party, while only 31 percent say they oppose the movement.

Losses From East To West

Republicans began their march early in the evening with Virginia. Soon after Republican Howard Griffith's victory over Rick Boucher, Tom Perriello was defeated by Republican Robert Hurt, a Virginia state senator. Perriello rode into office in 2008 in a wave of frustration with Republicans, but he could not keep his job, despite a last minute campaign rally with President Obama. Freshman Democrat Glenn Nye, a centrist who opposed some of the president's budget policies, lost to Republican Scott Rigell.

Continuing the drumbeat of early defeats for Democrats, Suzanne Kosmas, who won Florida's 24th district in 2008, lost to Sandy Adams, who serves in the state House. Adams made Kosmas' vote in favor of health care law a centerpiece of her campaign. Another incumbent to fall was Carol Shea-Porter of New Hampshire, who said on the campaign trail that Democrats saved the country with their stimulus package. Republican Frank Guinta, the mayor of Manchester, criticized Shea-Porter for "blindly" following Democratic leaders and was a vocal critic of the health care reform. Shea-Porter's defeat puts Republicans back on the map in New England, where they have no members in the current Congress. 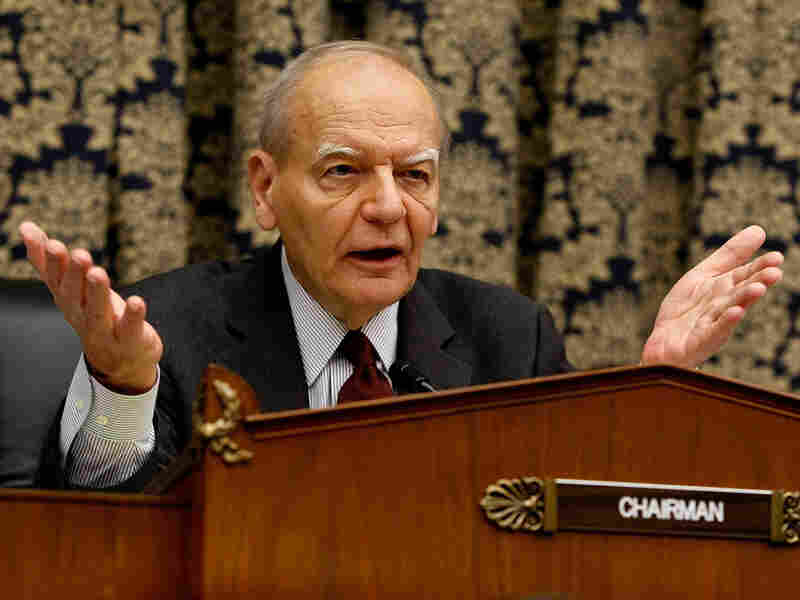 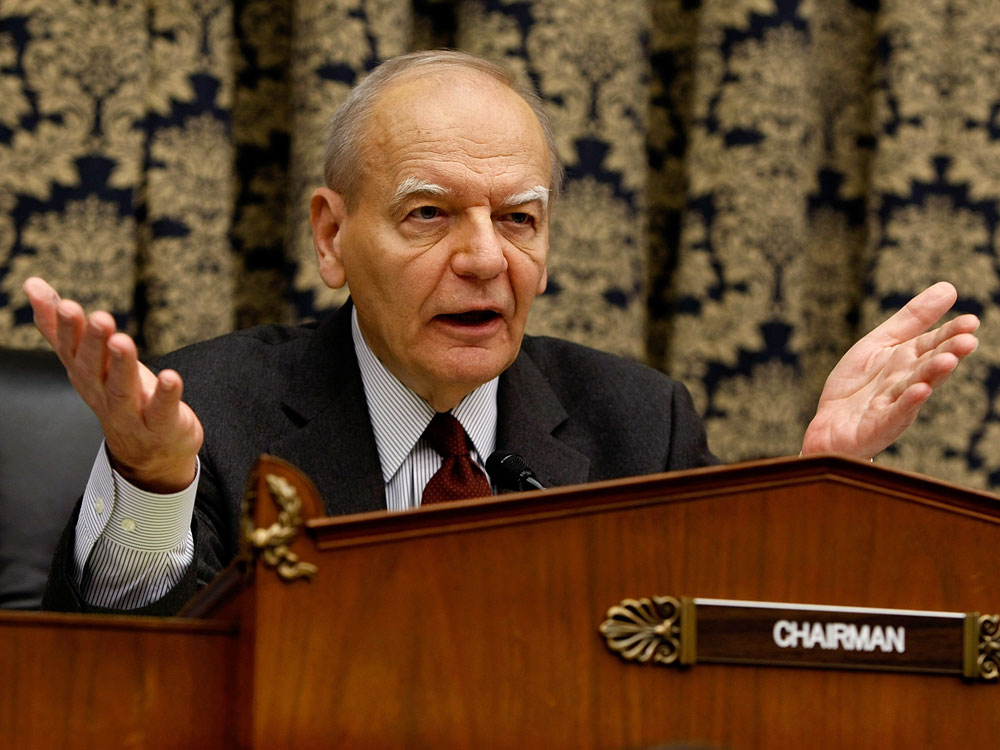 House Oversight and Government Reform Committee member Rep. Paul Kanjorski of Pennsylvania (above) lost to Louis Barletta, the mayor of Hazelton, Pa., known for his tough stance on illegal immigrants.

Democratic strategists had worried about how well they would fare in the Midwest, and the outcome in several races confirmed their anxiety. In Ohio, Democrats ceded all that they had gained in 2006 and 2008. Five seats fell to Republicans. Freshman Steve Driehaus lost his 1st District seat to Steve Chabot. Driehaus was on the defensive because of his health care vote. He initially refused to support the health care bill because of his concern that it would allow federal funding of abortion. He supported the bill after the abortion language was modified.

This turned out to be a recipe for trouble; the eight Democrats who flipped their stance became endangered incumbents. One of those eight was John Boccieri of District 16, who fell to Jim Renacci. Mary Jo Kilroy, also a freshman, lost the 15th District in a rematch with Steve Stivers. In 2008, the vote was so close that both candidates went to freshman orientation. Kilroy, too, voted for the health care law as well as the stimulus package. Also losing in Ohio were Zack Space in the 18th District and Charlie Wilson in the 6th.

In Indiana, Baron Hill was ousted from the 9th District by Todd Young, a veteran and lawyer who has been endorsed by Mitt Romney. Hill is part of the "Blue Dog" coalition, a group of moderate to conservative House Democrats who advocate fiscal conservatism. This group is believed to be particularly vulnerable to a Republican onslaught. Hill is anti-abortion but supported health care reform -- an unpopular vote that has imperiled dozens of Democrats across the country.

Arizona's tough new immigration law is being tested not just in court but at the ballot box. The first casualty was Ann Kirkpatrick in the state's 1st District, who lost to Paul Gossar. Gossar, who reached out to the Tea Party movement for support and was endorsed by Sarah Palin, had defeated an establishment Republican during the primary. He supports Arizona's stringent law. Arizonans also voted out Democrat Harry Mitchell in the 5th District, handing a victory to Dave Schweikert. Schweikert made the election a referendum on the president and Speaker Nancy Pelosi and said he wants to use his experience as a county treasurer to "return fiscal sanity."

Among the few pieces of good news for Democrats was that they held Indiana's 2d District. Democrat Joe Donnelly was elected in 2006 in part because of voters' unhappiness over the Iraq war. He held off a strong challenge from Jacqueline Walorski, an outspoken conservative. In North Carolina, freshman Democrat Larry Kissell narrowly held on to his seat. He has been a target of the GOP since he won two years ago and was expected to lose.

This election has elicited comparisons to the Republican sweep in 1994. And similarities do exist. In 1992 as well as in 2008, Democrats captured the White House on a wave of hope, inspired by an ambitious agenda and a presidential candidate who promised bipartisanship -- but ended up being dragged down by partisan politics. Moreover, in both years, a conservative populist movement began to build: In 1993, it was fueled by disappointed supporters of third-party candidate Ross Perot; in 2009, by the Tea Party movement. Another parallel is that 16 years ago, Democrats had to defend unpopular votes, as they are doing this year.

But there are key differences. In 1994, the Democrats had controlled the House for 40 years; they were old, tired, and red meat for frustrated Republicans. Not only that, they were blindsided, without much of a clue that their era was about to end.

This time, Democrats expected what was coming -- although that couldn't stave off defeat. In 1994, most Republicans were reading from the same script; in particular, Newt Gingrich's "Contract with America." Today's Tea Partiers have little allegiance to the Republican Party; indeed, many are running as much against the institutional GOP as against the Democrats. Thus, if Republican Boehner becomes speaker of the House, he will not face an organized majority, as did Gingrich, but, possibly, something more like the Wild West.