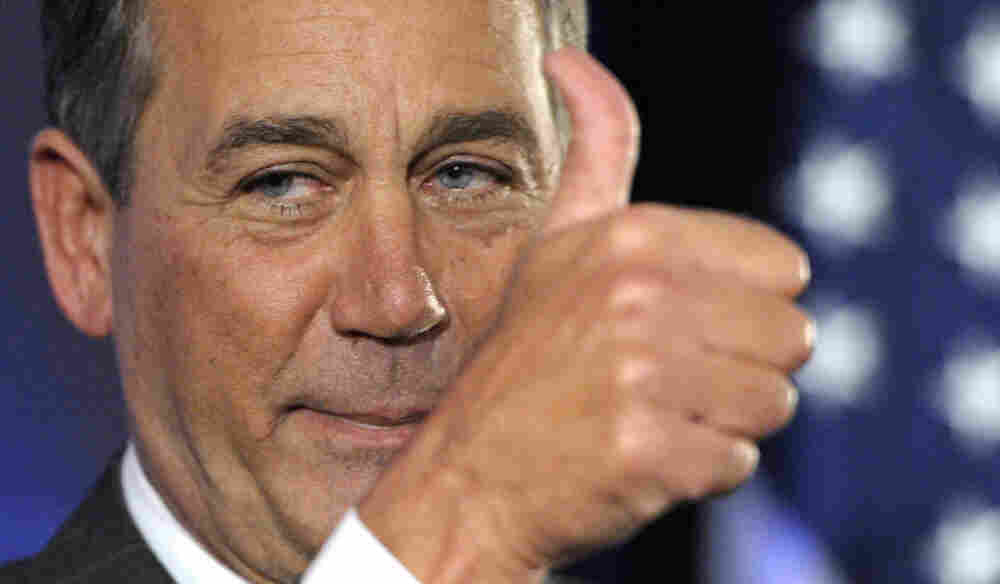 Ten-term Ohio Rep. John Boehner celebrates the GOP's victory Tuesday night in Washington, D.C. The election changes the balance of power in Congress and is likely to elevate Boehner to speaker of the House. Cliff Owen/AP hide caption

Sweeping Republican victories Tuesday night that wrested House control from Democrats and diminished their Senate majority will bring to Congress a flood of impatient, anti-Washington newcomers -- many elected with Tea Party support.

But when the GOP class of 2010 arrives on Capitol Hill, it will likely find itself led by two decidedly old-school Washington hands. In the House, 10-term Ohio Rep. John Boehner is expected to succeed the nation's first female House speaker, Nancy Pelosi, a California Democrat. And in the Senate, Minority Leader Mitch McConnell of Kentucky was first elected in 1984.

Democrats retained control of the Senate on Tuesday by a slim margin. Majority Leader Harry Reid's win in Nevada helped his party avoid a leadership battle between Charles Schumer of New York and Richard Durbin of Illinois.

There's little argument that the divided Congress will present President Obama with his biggest legislative challenge after two years of Democratic control. And Boehner will be the public face of that challenge.

In his election-night speech, Boehner emphasized his humble Ohio roots, not his 20 years in the nation's capital, and said the country is "witnessing a repudiation of Washington ... a repudiation of big government." He said if Obama is willing to "change course," Republicans are "ready to work with him."

Earlier, in a phone call to a Tea Party gathering, he said: "I'll never let you down."

Both Boehner, 60, and McConnell, 68, have pledged to block the president's agenda as he prepares to seek re-election. And Republicans are promising to use their new clout to roll back provisions of Obama's signature health care legislation, make permanent Bush-era tax cuts and cut spending -- though how is not yet clear. 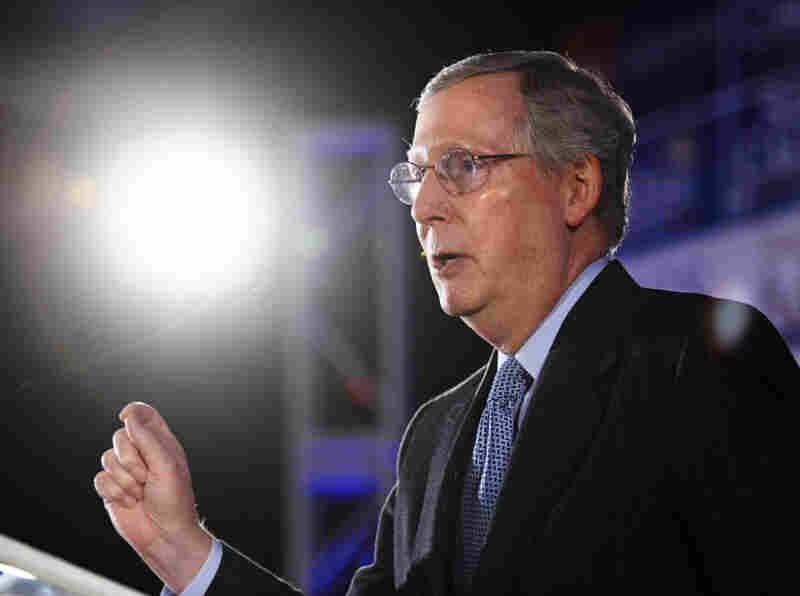 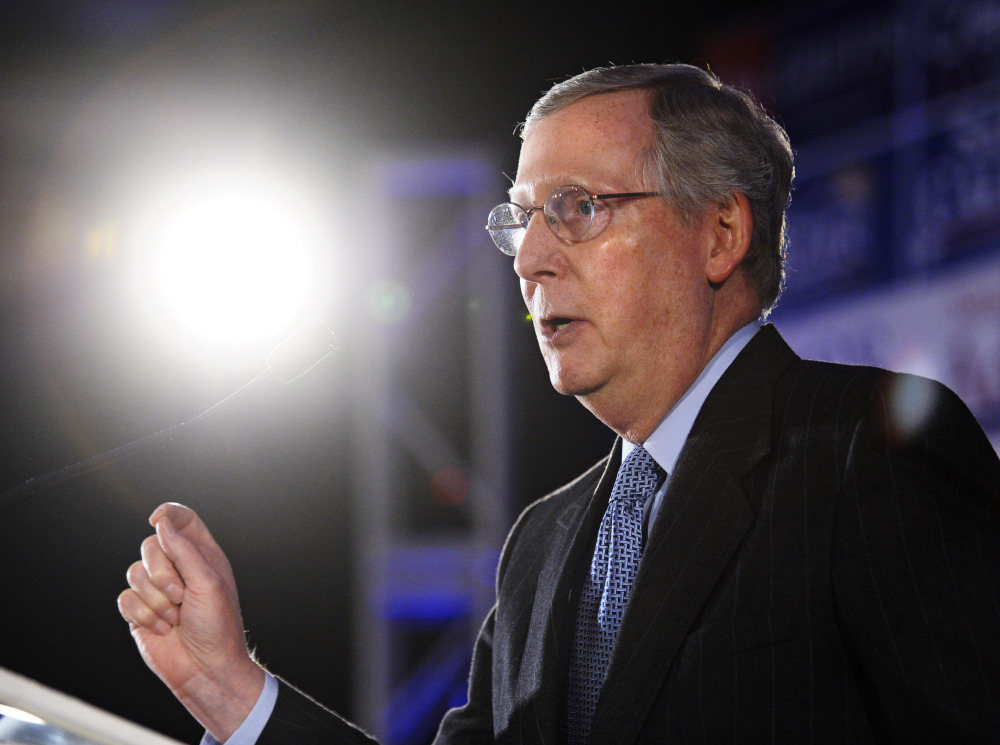 How will two behind-the-scenes tacticians corral caucuses that have been pushed to the right by small-government Tea Party pressure and elected by voters who expressed a deep disapproval of Congress?

"We're on a pretty short leash here," says Rep. Jeff Flake, an Arizona Republican. "We've told people we'd not only be better than the Democrats, but better than we were."

When the new House members arrive, Flake says, Boehner will be "riding a tiger." The dozens of new members represent a "big number in the Republican conference, and they're going to want a very serious commitment to deficit reductions."

Some Republicans have even threatened to force a government shutdown if spending isn't cut.

Boehner's challenge will be to balance the clamor for real budget cuts -- including those to entitlement programs like Social Security and Medicare -- with the party's aim to win back the White House in 2012.

The agenda? An attack on the health care legislation -- perhaps with a repeal vote to satisfy constituents, and then a more serious attempt through the appropriations process. An effort to make permanent Bush-era tax cuts. And a series of proposals to cut spending. But whether or not Boehner will take a whack at entitlement programs with a presidential contest looming remains a big question -- and in his own caucus, too.

Flake is among those who say it would be "very difficult to bring the budget into anything close to balance" without touching those programs.

Back To The Future?

Much has been made of the parallels between this year and the "Republican Revolution" of 1994. That's when the GOP took over the House after 40 years of Democratic rule. And Speaker Newt Gingrich engaged in a battle with President Clinton that led to a government shutdown.

Gingrich and the Republicans paid a political price for that battle. Clinton was re-elected in 1996, and two years later, Gingrich was gone.

But some Republicans, including GOP strategist Vin Weber, a former Minnesota congressman, say the comparison with '94 doesn't hold. 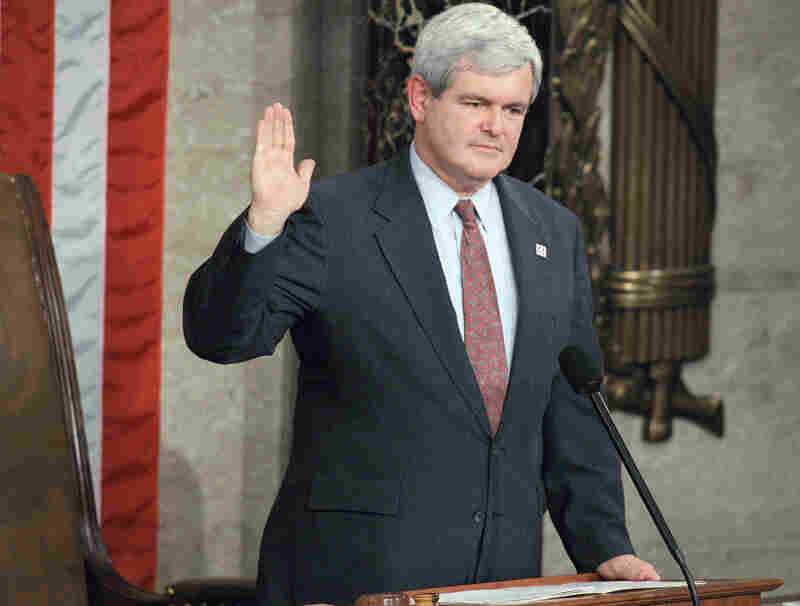 In the "Republican Revolution" of 1994, the GOP took the house after 40 years of Democratic control.  Above, Republican Newt Gingrich is sworn in as House Speaker. Joe Marquette/AP hide caption 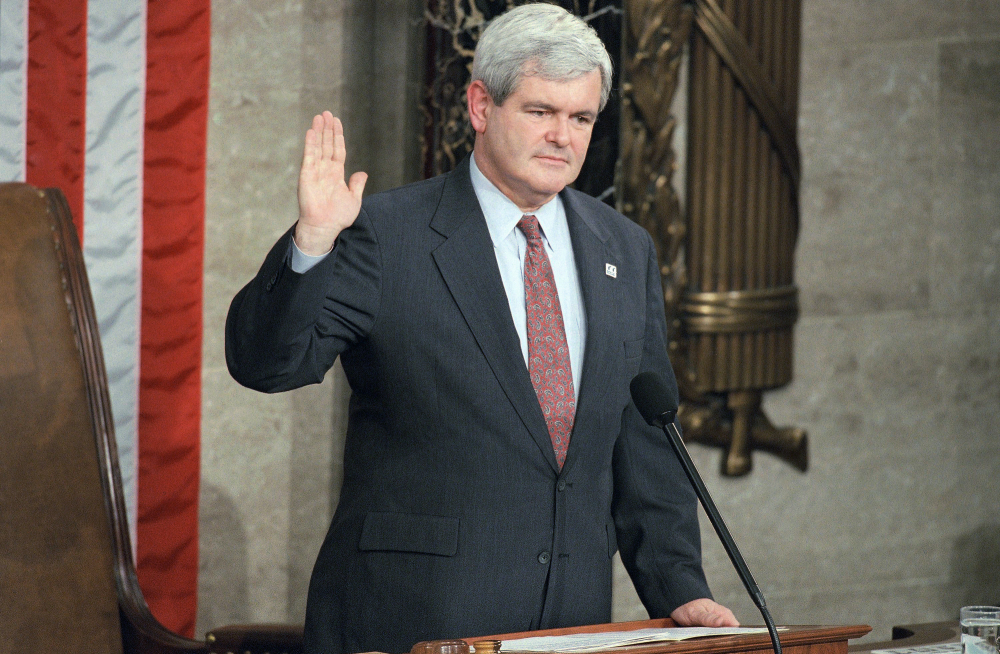 In the "Republican Revolution" of 1994, the GOP took the house after 40 years of Democratic control.  Above, Republican Newt Gingrich is sworn in as House Speaker.

"John is not Newt, and Obama is not Clinton," says Weber, who characterizes Boehner as a "legislator's legislator."

The economy wasn't the pressing issue it is now, the country wasn't at war, there was no Tea Party movement, and, as Weber says, the personalities involved couldn't be more different.

Says Steven Gillon, a historian who wrote a book about the Gingrich-Clinton rivalry called The Pact: "Gingrich didn't want to be just the speaker -- he wanted to be a revolutionary. He had a bad case of hubris, and he overreached."

Boehner, Gillon says, "is a tactician. He's not a visionary, he's not a big thinker. But you don't have to be to be speaker of the House.

"And we don't yet know how good Obama is in dealing with Republicans or a divided Congress."

Those who know Boehner say he's a skilled infighter, but also not one given to the politics of personal destruction. He's a methodical person who, after Gingrich's fall -- and his own ouster from GOP leadership -- slowly climbed back to where he is today.

"He puts his head down, takes the long view and points to a goal in the distance," says Kevin Madden, a GOP strategist and former Boehner press secretary.

Boehner's supporters point to the bipartisan work he did on "No Child Left Behind" legislation when he was chairman of the House Education Committee. But Gillon sees tremendous pressures ahead for the speaker-in-waiting.

"When you're a new speaker who wins in a large electoral landslide against a president of the opposing party, it's a difficult juggling act," Gillon says. "He will be under a lot of pressure from his own party to stalemate and make the president look bad -- even if he has some bipartisan leaning." 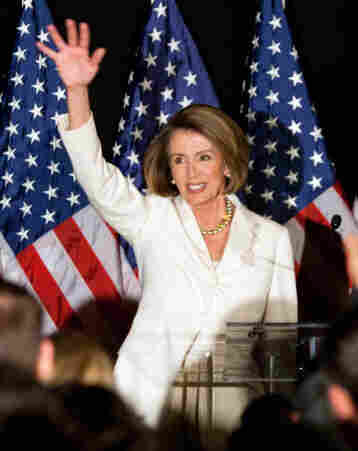 If elected speaker of the House, Boehner will succeed California Democract Nancy Pelosi, pictured above at an election-night rally in Washington, D.C. She was the nation's first female House speaker. Brendan Hoffman/Getty Images hide caption 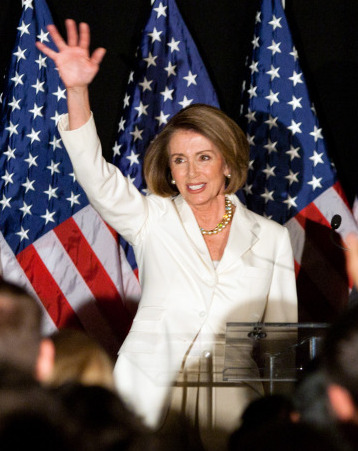 If elected speaker of the House, Boehner will succeed California Democract Nancy Pelosi, pictured above at an election-night rally in Washington, D.C. She was the nation's first female House speaker.

Boehner may also find a formidable in-House adversary and Obama surrogate in Pelosi. Though she has yet to indicate how she views her future in the House, she has proved herself a tough competitor and no quitter.

"The outcome of the election does not diminish the work we have done for the American people," Pelosi said in a statement last night. "We must all strive to find common ground to support the middle class, create jobs, reduce the deficit and move our nation forward."

Republicans, strategists say, will have to lead.

"Folks are mad as hell, and this is a wake-up call for Democrats and Republicans to get our fiscal house in order," says Janet Mullins Grissom, McConnell's former chief of staff. "This is going to pull Congress to the right, but I hope that somewhere in there we will move the economy forward."

Gillon shares an anecdote about election night 1994, when someone informed Gingrich about the election results.

"Did we win?" Gingrich asked.

"There's good news and bad news," Gingrich was told. "You're speaker, but wait until you meet the people you helped elect."