Accessibility links
From Hoboken To Hollywood: The Story Of 'Frank' Novelist and journalist James Kaplan has written a new biography about Frank Sinatra's life between 1915 and 1954. It's a period that took Sinatra from obscurity to superstardom, from Ava Gardner to call girls, and from pop hits to suicidal despair. The book is titled Frank: The Voice.

You can probably name a lot of American singers who were considered the biggest stars of their time -- Bing Crosby, Elvis Presley, Michael Jackson -- but only one became known as the Chairman of the Board. Before Frank Sinatra was a celebrity, he was a skinny kid from Hoboken. And before he became one of the most powerful figures in American culture, he was considered a fading star, a draft-dodger, a mama's boy, a kept man and a has-been. Novelist and journalist James Kaplan has written a new biography about Sinatra's life between 1915 and 1954 -- a period that took Sinatra from Hoboken to Hollywood, from Ava Gardner to anonymous call girls, and from pop hits to suicidal despair. The book is titled Frank: The Voice.

"There's a spookiness to the quality of this voice," Kaplan tells Weekend Edition Saturday host Scott Simon. "You can throw adjectives at it from now until the crack of doom. You can talk about its evolution from the sort of young, more piping voice of his balladry days, and then the oaken, deeper quality ... as he matured. You can talk about all of those things, but ultimately, what you have with Sinatra's voice is that quality that raises the hairs on the back of your neck." 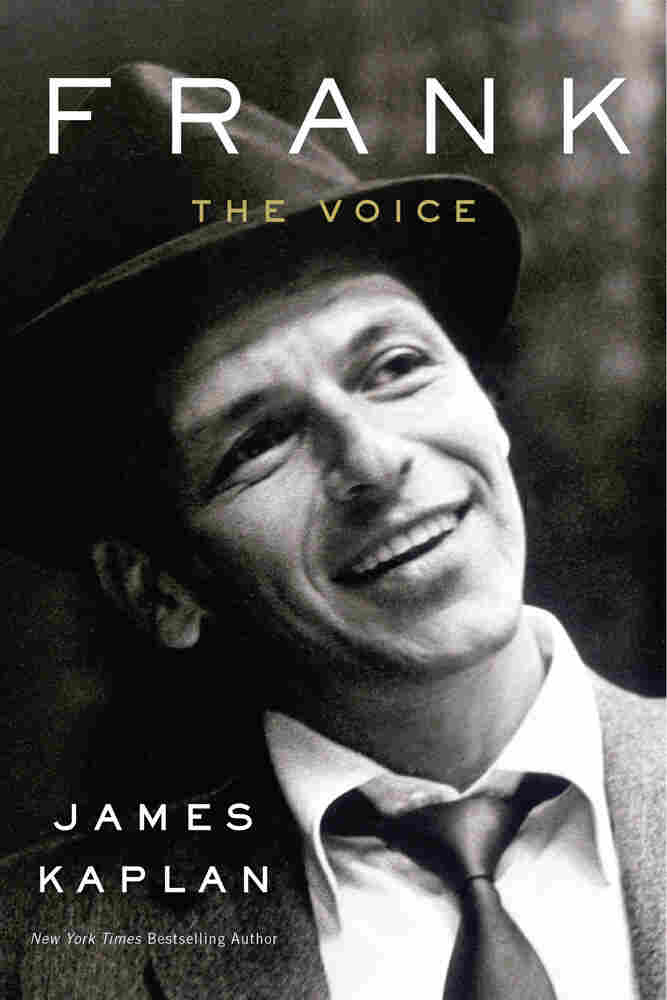 Despite the power of Sinatra's voice, the singer took precautionary measures to make sure that his crowds were always engaged. According to Kaplan, some of the swooning and screaming at his concerts was orchestrated.

"Frank hired the publicist George Evans, the greatest publicist in New York, and when Evans began to see what he did to these girls, screaming and swooning, his jaw dropped open," Kaplan says. "But, yes, he primed the pump. He would have a few girls scream at key moments in given songs, and the others would follow suit."

Given the legend that Sinatra has become, it's sometimes easy to forget that he was once one of the most despised men in America. After Pearl Harbor, members of the armed forces were particularly critical of the young star. As Kaplan says, Sinatra was derided as a draft-dodger, among other things.

"The brave boys fighting overseas always had the feeling that Sinatra, who had a big reputation as a hound, was home wooing their women and worse," he says. "And, you know, they had a point: He was doing his best."

A Life In Conflict

Though Sinatra was a major hit with women, his own relationships were often fraught with conflict, as was the case with Ava Gardner.

"Despair was built into the DNA of that relationship," Kaplan says. "I think that Ava had the dream that they would settle down, but deep down she never wanted to have children. And Frank was a born wanderer."

It was rumored that Sinatra had tried to take his own life over the dissolution of his relationship with Gardner.

"Let me put it this way: There were about three occasions, possibly four, when he made suicide attempts. One of the suicide attempts, and this was after Ava had left him in 1953, was extremely grave. He slit his wrist and bled a great deal, and could have died."

But it was Gardner who helped Sinatra stage one of the greatest show-business comebacks of all time, when she helped him get the role of Maggio in From Here to Eternity.

"By the time he did From Here to Eternity, he had done eight or nine movies, many of them in a sailor suit for MGM. But he knew that this role was him. He felt it in his bones that this could change his life."

Kaplan's book ends with Sinatra accepting the Academy Award for Best Supporting Actor for From Here to Eternity, a turning point in the singer's career.

"It was beyond a comeback," Kaplan says. "It meant that he could do something that nobody had ever thought he could do, and that was to play an incredible dramatic role. And yet, what is so striking to me, it felt to me not like a climax or culmination; it felt like a dynamic pause in his life.

"He was such a hugely ambitious man that no prize, no achievement was ever really enough for him," he adds. "So it meant everything, but at the same time he had to go to Capitol Records and begin to make this string of amazing records."