Accessibility links
Placido Domingo: The Spellbinding Voice Of A Titan Tenor To find out just what makes Domingo so compelling as Otello, the warrior who suspects his wife has been unfaithful, we turn to some of his fans: singer and composer Rufus Wainwright, former music critic Tim Page and opera star Renee Fleming. 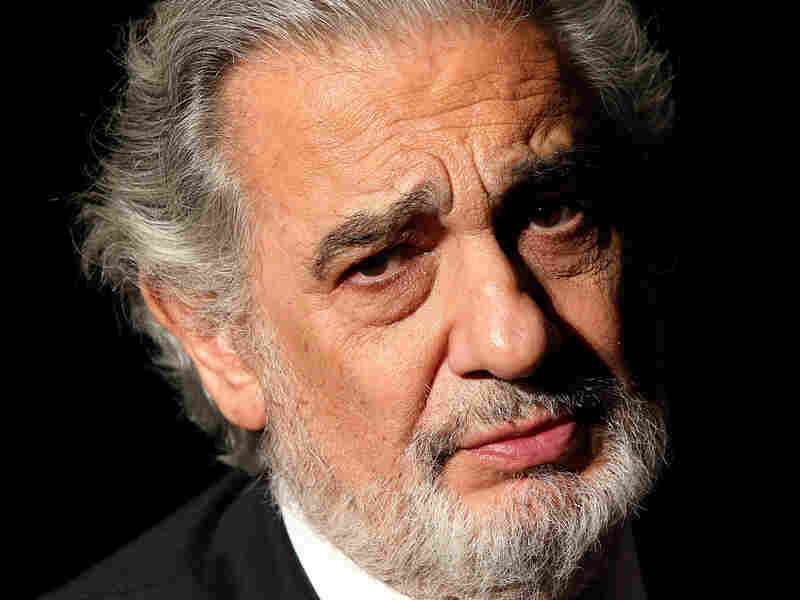 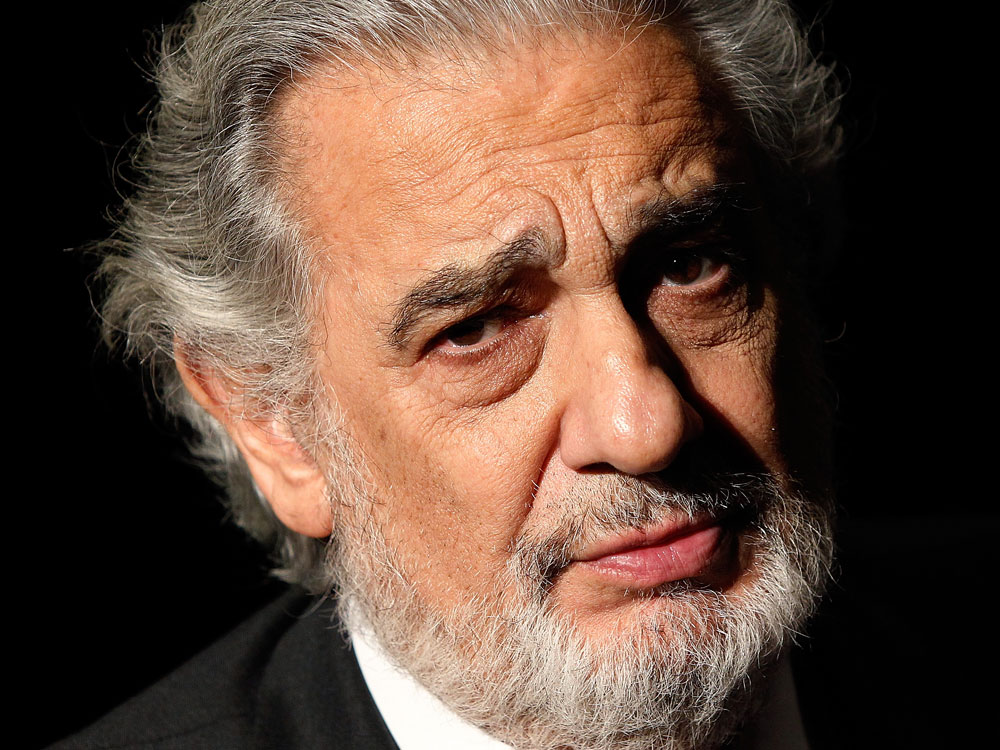 Placido Domingo in January of 2010.

In opera, Verdi's Otello is like Mount Everest: Daunting, difficult and highly rewarding for the few who can sing it well. One of the world's greatest Otellos is Placido Domingo. He's sung the role 223 times in his career, and has made three commercial recordings of the opera.

Placido Domingo is one of NPR's 50 Great Voices, the series we've been running throughout the year highlighting gifted singers from around the world. To find out just what makes Domingo so compelling as Otello, the warrior who suspects his wife has been unfaithful, we turn to some of his fans: singer and composer Rufus Wainwright; Tim Page, professor of journalism and music at the University of Southern California; and opera star Renee Fleming.

Renee Fleming: If you've ever seen Placido Domingo on the operatic stage, he gives everything. He's full out: Physically, vocally, emotionally, it's a total performance. That's why we love him so much.

The first time I sang with Placido Domingo was in 1994, in a new production of Otello at the Met. I was the understudy, and I had to step into rehearsal, and it was the Third Act confrontation scene, which is a very dramatic scene between Desdemona and Otello.

He was so frightening in that scene that, by the end, my legs were shaking so much I couldn't get off the stage. I needed help to go down the steps. Talk about an adrenaline rush. And at the end, you know, at the end of the scene, he said, "Hello, I'm Placido Domingo." Completely charming, of course, and by that time I was reduced to jelly.

Tim Page: I've been listening to Domingo for about 40 years or so, and he strikes me as an absolutely extraordinary musician -- a really one-of-a-kind musician. Domingo has made kind of a career out of Otello. ... It's very, very intense. It's very difficult to sing.

Fleming: I've always felt that his voice is very romantic. It's a throbbing, warm, luscious sound, and his passion in his singing and in his voice go along with the total performance. And that's one of the reasons why I think he's so successful, is that everything about him lines up.

Page: With Domingo, you have it all. He has the musicality, the musicianship. He can do a real fortissimo. He can do something that is incredibly loud, but he always makes it musical. In Verdi's Otello, he has to start with this extraordinarily high, loud, ringing aria called "Esultate" -- "Let us exult."

Rufus Wainwright: Placido just comes in and cuts you open with his knife of music, and you're instantly under his spell. You know, whenever there's an entrance of a great character, it really is like David Beckham running out onto the field, or one of the Williams sisters making her entrance. And there's this kind of prowess that has to be stated by the singer on their entrance, and of course Placido does that brilliantly, with a little help from Verdi.

Fleming: The colors that he finds in that role, from heroism to a more harrowed, tragic sound, the spectrum is tremendous. It's enormous. I think "Niun Mi Tema" is my favorite, the end of Otello. I just had so much trouble keeping from crying, because it was so moving and so beautiful.

Page: Halfway through the aria, he stabs himself. He's dying on the stage, and yet Domingo brings back this memory of life and joy and love in a very subtle and very beautiful way.

Fleming: It was just -- there's -- I don't expect to ever hear anybody or see anyone perform that role as well as Placido Domingo.

You know, I would say of anyone I've known, his musical curiosity, particularly as it pertains to opera, and his incredible energy ... probably are unparalleled historically.