Accessibility links
Feds' Gene Patent Rule Surprises Biotech After a company patented two genes used in a popular test for breast and ovarian cancer, a judge ruled that the genes should not be patentable. Recently, the Justice Department sided with the judge, a decision that could overturn 30 years of legal precedent.

The Justice Department is proposing to overturn 30 years of legal precedent by sharply limiting patents on genes. The government surprised just about everyone who follows this issue when it suggested this change of policy in a court filing last week. 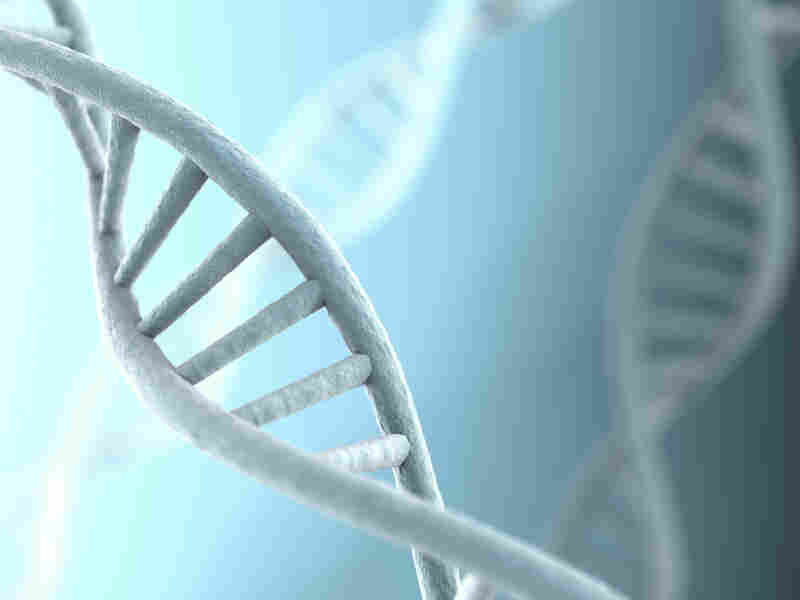 Genes, made up of tiny strands of DNA, may no longer be patentable under the Justice Department's recent decision. Mark Evans/iStockphoto.com hide caption

The U.S. Patent and Trademark Office says that for the time being, it's not changing its rules, but the government's brief has thrown open an old debate about where to draw the line in patenting parts of nature.

The debate bubbled up again last spring, over the issue of patents on genes related to breast cancer. Myriad Genetics, a private health care company, has patented two genes, BRCA1 and BRCA2, which are the targets of a widely used test for breast and ovarian cancer.

But a judge in Manhattan sided with plaintiffs who said genes like this shouldn't be patentable in the first place.

The company appealed. And Myriad general counsel Richard Marsh says they asked the Justice Department to weigh in, figuring the government would defend its long-held position. The government weighed in, but largely against Myriad.

"In that regard, yes it was surprising to see that there's been this switch in thinking by the current administration," Marsh says.

Marsh says even if the company loses the court case, their tests are still protected by several other patents, which aren't being challenged.

Gene patents are critical for companies like Myriad, Marsh says. If Myriad hadn't had patent protection, Marsh argues it would never have invested $500 million to develop these tests in the first place. It would be too easy for other companies to swoop in and use that knowledge.

But Bob Cook-Deegan of Duke University says the issue is actually not as sweeping as all that.

"Every jurisdiction in the world has decided: Yes, you can patent genes when what you're doing is producing a valuable thing," he says.

But the patents that are now under fire have their value simply because they describe the genetic sequence on the DNA. Diagnostic tests look for that sequence.

"What has never been contested in court until now is this new concept of diagnostics," Cook-Deegan says.

And that's now a concern because soon there will be a whole new testing technology that will allow labs to look at thousands of genes all at the same time. Will a company ever be able to develop that test if many of those genes are patented by other companies?

But the example that Cook-Deegan raises doesn't trouble F. Scott Kieff at George Washington University Law School. He says consider your laptop computer. There are thousands of patented inventions in there. The company that makes the laptop just needs to take the time and spend the money to license those technologies from the patent holders.

"While it's conceivable that patents could clog the market, could create a gridlock and be anti-competitive, our markets over the past 30 years tell the opposite story," Kieff says.

He argues that biotech took off in the United States, but not in Europe or Japan, precisely because the U.S. is more generous in allowing companies to patent genes. Overturning that policy, he says, would be bad for U.S. business.

But what about consumers who might benefit from the next generation of genetic tests? Myriad isn't required to let other companies use its patented genes. But Richard Marsh at the company says don't worry.

"We clearly appreciate and agree it would be very inappropriate to have a patent on a given technology and not let it be utilized in a fashion to benefit the public," he says.  But he would like his company to make the profit.