Accessibility links
'For Colored Girls' Counts On Fans, Not Critics Many have rolled their eyes at the notion that Tyler Perry could do justice to the iconic play For Colored Girls Who Have Considered Suicide When The Rainbow Is Enuf -- but some fans are holding on to hope. 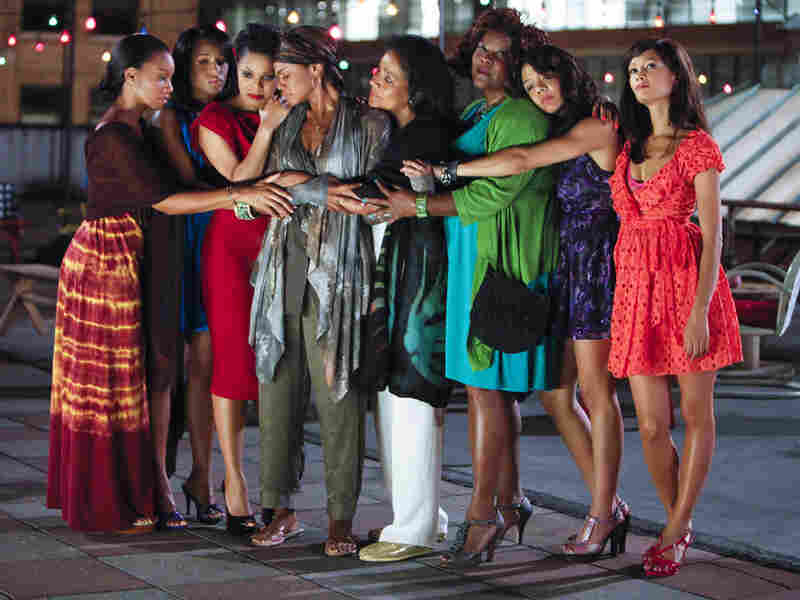 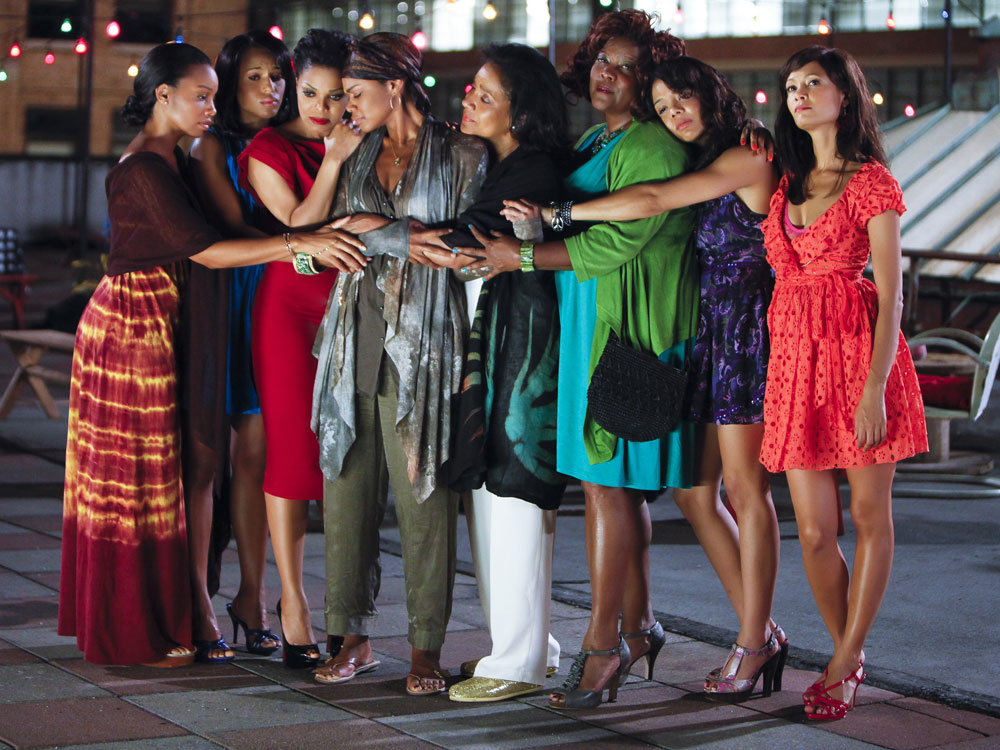 Critics around the country have mostly rolled their eyes at the notion that filmmaker Tyler Perry could do justice to Ntozake Shange's iconic 1976 play, For Colored Girls Who Have Considered Suicide When The Rainbow Is Enuf. The play tells the story of the coming-of-age of several young black women -- and for many black women, it's become a cultural touchstone that they are fiercely protective of.

Included in that fan base is author and writer in residence at Boston's Emerson College Kim McLarin. She says that when she first heard Shange's play was becoming a movie, she had her reservations.  But when Lionsgate announced the movie would be made in partnership with Tyler Perry, who became famous -- or, perhaps, infamous -- for his slapstick comedies about black family life, she was flat out disappointed.

"I'm not a fan of his work," she says. "I think he's talented, but I wish they'd considered a different director. This is a missed opportunity."

And while that's actually a kind assessment, there are some fans of the original work who are holding on to hope. 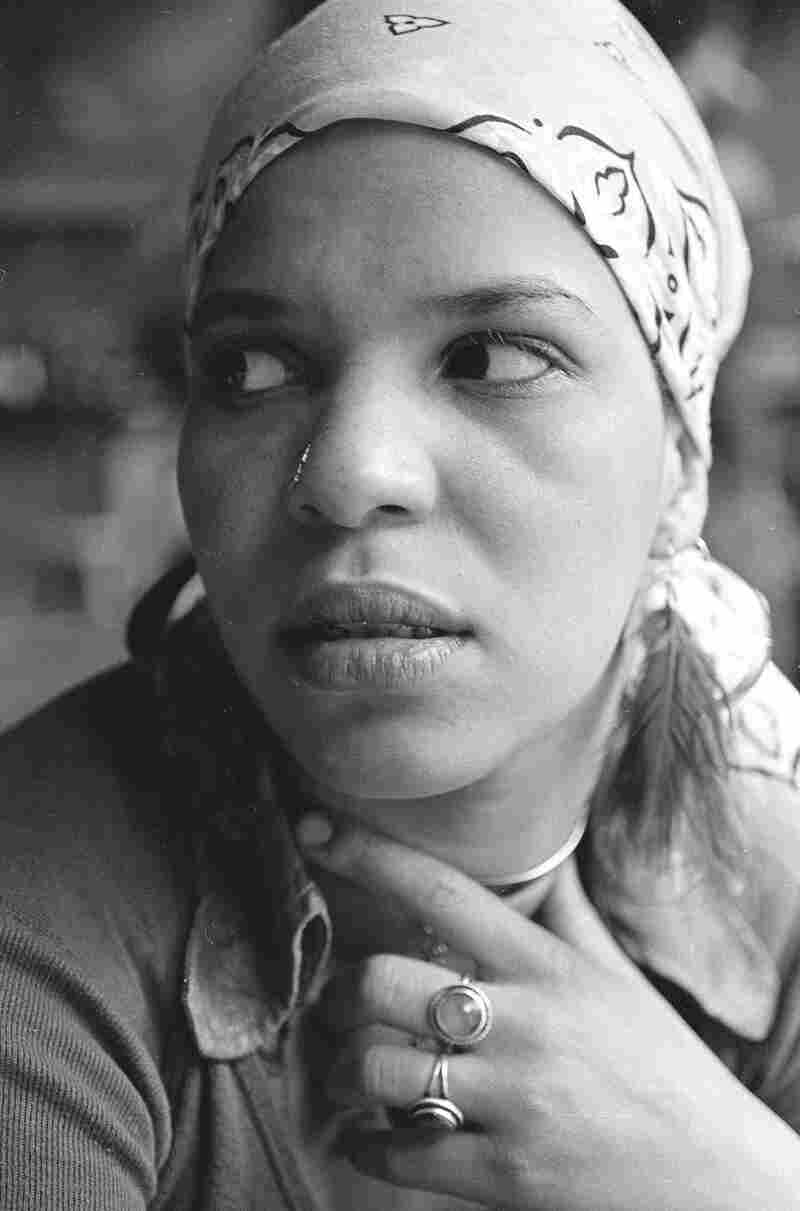 Playwright Ntozake Shange called the original stage production of For Colored Girls a "choreopoem" because of it's heavy use of poetry. Associated Press hide caption 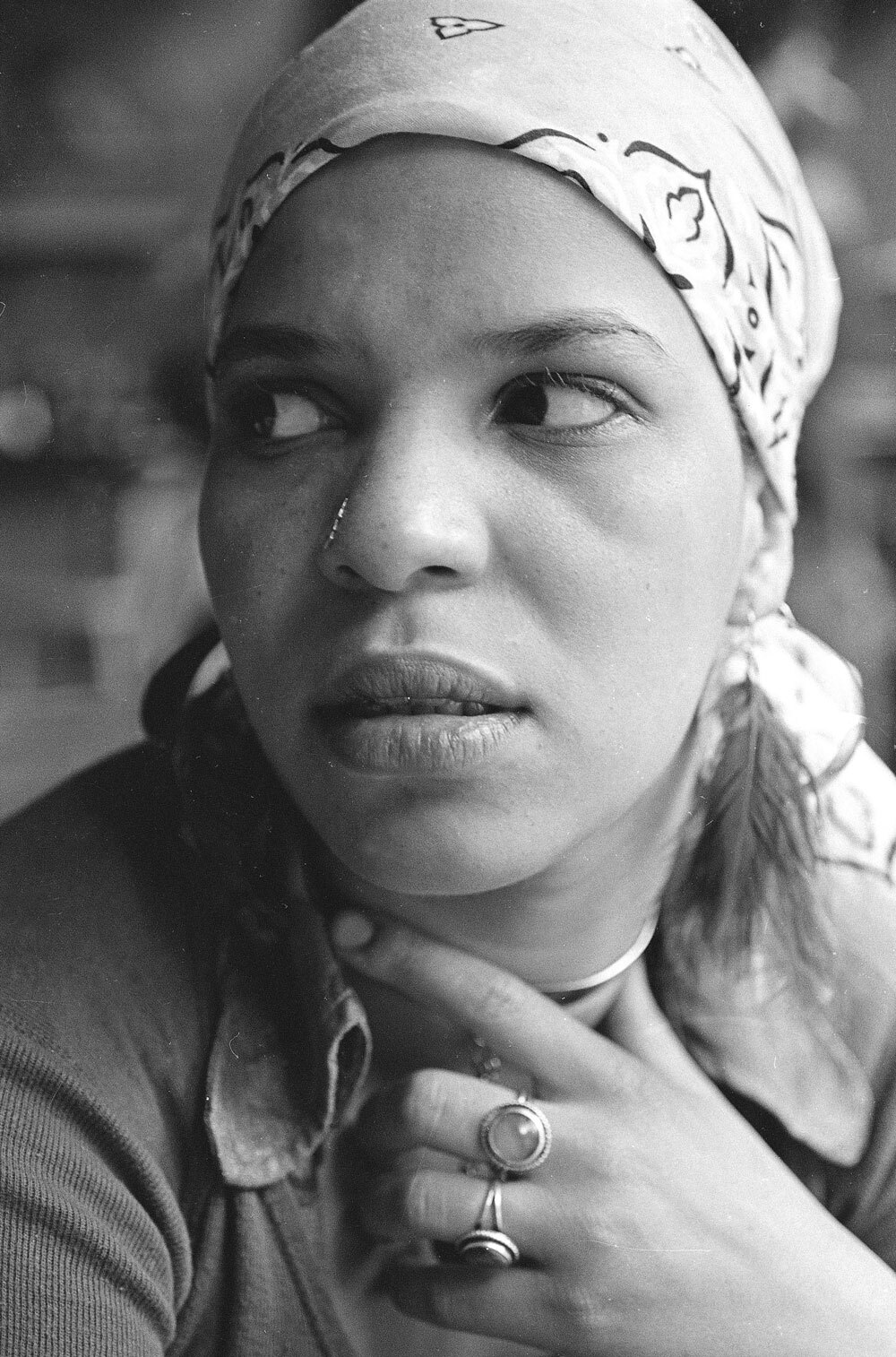 Playwright Ntozake Shange called the original stage production of For Colored Girls a "choreopoem" because of it's heavy use of poetry.

For Colored Girls started out as performance art in the coffeehouses and small theaters of the San Francisco Bay Area. Poet Ntozake Shange (Ntozake means "she who comes with her own things" and Shange means "who walks like a lion" in Zulu) had crafted a series of poems that addressed her struggles as a young black woman trying to find a place in a world that often didn't recognize the value of being young or black.

Audience response was so great that Shange's performance travelled to the East Coast -- first to the Henry Street Settlement House in lower Manhattan, where it had mostly black audiences; later to Joe Papp's Public Theater and, finally, to Broadway.  Along the way, it picked up an Obie Award and was nominated for a Tony.

In 2007, New Yorker critic Hilton Als called the play "a firebomb of a poem." It was intensely personal, cracking open the doors to the private traumas of abandonment, abuse and abortion that were rarely discussed in company -- let alone in public.

Oz Scott directed the original production and was responsible for helping Shange shape her collection of poems into a 90-minute play. Scott remembers how shocked, then intrigued, audiences were at this new art form.

"I had friends who told me afterward that they walked home -- 30 blocks, 40 blocks -- because they wanted to think about what they'd just seen," Scott says.

That's not to say that everyone loved the work. Black men especially felt wounded by the play's portrayal of them as manipulators, slackers, predators and psychopaths. Scott says it wasn't uncommon for them to wait outside after the play -- not for autographs, but to voice their displeasure.

More On 'For Colored Girls' From NPR

"This one man came up to me and said 'I hate it, but I had to come back three more times to make sure I hated it as much as I thought I did,'" Scott recalls.

Not A Date Movie

Perry himself was aware of the pitfalls of tackling a beloved theater icon -- and making his own sex look bad in the process. After all, he was executive producer on the film adaption of the novel Push by poet Sapphire, another work with a fiercely loyal -- and skeptical -- fan base. (The resulting film, Precious, earned several Oscar nominations in 2010.)

So to defuse some of the inevitable outcry over For Colored Girls, Perry added a sympathetic male to the mix, played by Hill Harper. He also changed the profile of the original characters from all young women talking about their coming-of-age experiences to a broader spectrum of black womanhood.  Among others, the movie's ensemble includes singer Janet Jackson, Cosby Show veteran Phylicia Rashad, The View's Whoopi Goldberg, Thandie Newton  of the 2005 film Crash, and an achingly vulnerable Anika Noni Rose (Dreamgirls). Singer Macy Gray also makes a brief, hair-raising appearance as a jaded back-alley abortionist.

Entertainment journalist Kelley L. Carter says that given the myriad traumas addressed in For Colored Girls, it's definitely not a date movie.

"I'm guessing 80 percent of the people who will see this will be women," Carter predicts, "and that they'll go in groups, like they did for Waiting to Exhale and Sex and the City."

Carter says she first saw the play as a child -- "My mother is an English teacher," she laughs -- and believes the movie may provide teachable moments, if mothers are brave enough to share it with their daughters.

"Date rape still happens; domestic violence still happens; unplanned pregnancy still happens.  These are things that are at least as relevant to young women today as they were back when the play was still performed," Carter says.  "This may give mothers and daughters -- or adults and age-appropriate girls -- the opportunity to discuss difficult things without having to talk about themselves."

As for Kim McLarin, she says she plans to see the movie -- just not with her 13-year-old daughter.  Though, that's not because she wants to shield her from some of the play's more disturbing elements.

"I just love the play so much; I don't want her first experience of For Colored Girls to be this movie," she says.  "I want her to see it pure first -- the way I did."