Accessibility links
'Griftopia': The Financial Crisis Easily Explained Rolling Stone contributing editor Matt Taibbi's columns have been a destination for those trying to understand what happened in the aftermath of the financial meltdown. His new book tries to make the subject even clearer — in the colorful language his readers know well. 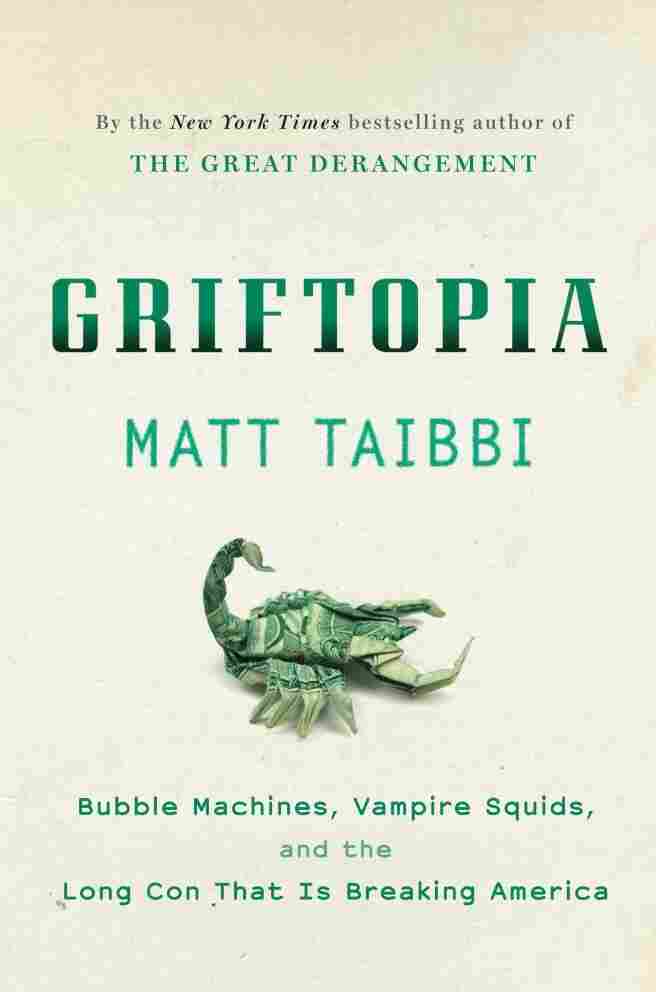 In 2008, Rolling Stone contributing editor Matt Taibbi was hanging around with the rest of the press corps after one of John McCain's campaign speeches.

The Arizona senator and presidential candidate had railed about skyrocketing gas prices. "He was going into his whole drill-baby-drill routine," Taibbi recalls. "The press corps were all joking about it afterward."

As if the current price spike was a result of America's failure to drill in Gulf of Mexico, they laughed. "Do we actually know what's causing the spike in gas prices?" Taibbi asked. Silence followed. "Nobody knew the answer," he says. "I didn't know the answer."

"It occurred to me, here we are covering an exploding economy -- and none of us have any idea about what actually caused any of it."

Since then, Taibbi's columns have been a destination for those trying to understand what happened in the aftermath of the financial meltdown. His new book, Griftopia: Bubble Machines, Vampire Squids and the Long Con That Is Breaking America, tries to make the subject even clearer in the colorful language Taibbi's readers know well.

"All these big institutional investors essentially got sold oregano when they thought they were buying weed," Taibbi tells NPR's Guy Raz.

Meet The 'Vampire Squid' Of The Financial Crisis

"What the mortgage bubble was all about was big banks like Goldman Sachs taking big bundles of subprime mortgages that were lent out largely to low-income, highly risky borrowers," Taibbi says, "and applying this kind of magic-pixie-dust math to these bundles of securities and slapping AAA ratings on them."

This wasn't the worst of it, of course. While Goldman Sachs was selling these bundles, "they turned around and placed massive bets against the mortgage market knowing that it was going to collapse."

"They took suckers like AIG, and they placed massive bets that this stuff was going to fail, and AIG stupidly took the bet and that’s what ended up blowing them up," Taibbi says.

In Taibbi narrative, Goldman Sachs often plays the villain's role. "They had an extraordinary amount of political influence that was over and above the other banks," he says. "No other bank has the same record as Goldman Sachs does in terms of taking former executives and placing them in high-ranking positions in the government."

Or, as Taibbi put it in one of his early columns, "The world's most powerful investment bank is a great vampire squid wrapped around the face of humanity, relentlessly jamming its blood funnel into anything that smells like money." 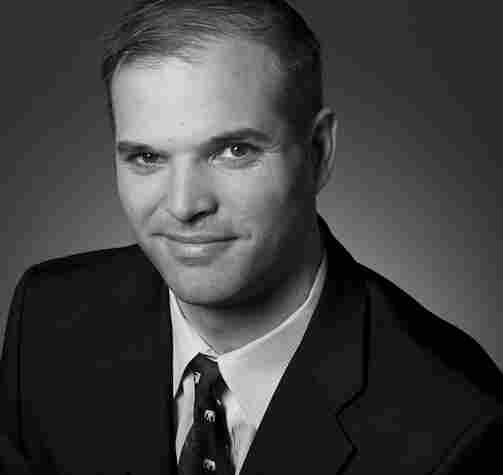 Matt Taibbi blogs for Rollingstone.com, and is the author of several books, including The Great Derangement: A Terrifying True Story of War, Politics & Religion at the Twilight of the American Empire. Robin Holland hide caption 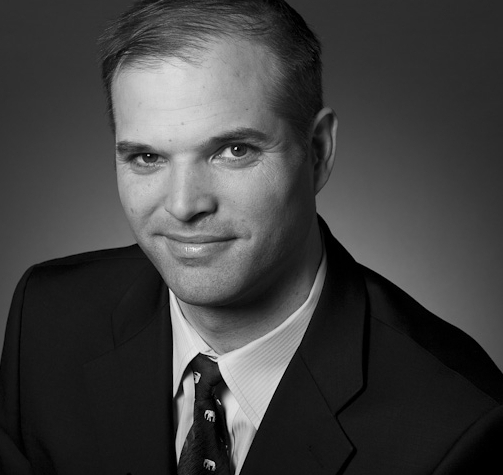 Matt Taibbi blogs for Rollingstone.com, and is the author of several books, including The Great Derangement: A Terrifying True Story of War, Politics & Religion at the Twilight of the American Empire.

A Financial Journalist For The Rest Of Us

Taibbi took a lot of heat for that column, particularly from financial journalists. He admits it was a difficult time.

"I was a complete neophyte in this world," he says. "When we started working on these pieces, I was starting almost from square one."

"I was worried that conceptually I had something wrong, that a person who worked in this business would read it and say, 'This guy doesn’t know what he's talking about at all.'"

And that was exactly some of the criticism Taibbi received early on. But part of that conflict was cultural, from a realm of journalism that tends to reject outsiders, Taibbi says.

"It's a very closed, incestuous community," he says. "I think they very purposely don't cover Wall Street for people outside of Wall Street."

That's OK, Taibbi says, because financial professionals need expert reporting. Financial journalists are supposed to write for people who are in the business. But, "unless you do it for a living, you're not going to be able to penetrate most of these articles."

"There needed to be somebody who does it for the rest of us."

The Grifter Archipelago; Or, Why The Tea Party Doesn't Matter

The roar of the crowd is deafening. Arms akimbo as the crowd pushes and shoves in violent excitement, I manage to scribble in my notebook: Place going . . . absolutely apeshit!

It's September 3, 2008. I'm at the Xcel Center in St. Paul, Minnesota, listening to the acceptance speech by the new Republican vice presidential nominee, Sarah Palin. The speech is the emotional climax of the entire 2008 presidential campaign, a campaign marked by bouts of rage and incoherent tribalism on both sides of the aisle. After eighteen long months covering this dreary business, the whole campaign appears in my mind's eye as one long, protracted scratch-fight over Internet-fueled nonsense.

Like most reporters, I've had to expend all the energy I have just keeping track of who compared whom to Bob Dole, whose minister got caught griping about America on tape, who sent a picture of whom in African ceremonial garb to Matt Drudge… and because of this I've made it all the way to this historic Palin speech tonight not having the faintest idea that within two weeks from this evening, the American economy will implode in the worst financial disaster since the Great Depression.

Like most Americans, I don't know a damn thing about high finance. The rumblings of financial doom have been sounding for months now -- the first half of 2008 had already seen the death of Bear Stearns, one of America's top five investment banks, and a second, Lehman Brothers, had lost 73 percent of its value in the first six months of the year and was less than two weeks away from a bankruptcy that would trigger the worldwide crisis. Within the same two-week time frame, a third top-five investment bank, Merrill Lynch, would sink to the bottom alongside Lehman Brothers thanks to a hole blown in its side by years of reckless gambling debts; Merrill would be swallowed up in a shady state-aided backroom shotgun wedding to Bank of America that would never become anything like a major issue in this presidential race. The root cause of all these disasters was the unraveling of a massive Ponzi scheme centered around the American real estate market, a huge bubble of investment fraud that floated the American economy for the better part of a decade. This is a pretty big story, but at the moment I know nothing about it. Take it as a powerful indictment of American journalism that I'm far from alone in this among the campaign press corps charged with covering the 2008 election. None of us understands this stuff. We're all way too busy watching to make sure X candidate keeps his hand over his heart during the Pledge of Allegiance, and Y candidate goes to church as often as he says he does, and so on.

Just looking at Palin up on the podium doesn't impress me. She looks like a chief flight attendant on a Piedmont flight from Winston-Salem to Cleveland, with only the bag of almonds and the polyester kerchief missing from the picture. With the Junior Anti-Sex League rimless glasses and a half updo with a Bumpit she comes across like she's wearing

I'm not sure what the endgame is, but just going by the McCain campaign's hilariously maladroit strategic performance so far, it can't be very sophisticated. So I figure I'll catch a little of this cookie- cutter political stump act, snatch a few quotes for my magazine piece, then head to the exits and grab a cheesesteak on the way back to the hotel. But will my car still be there when I get out? That's where my head is, as Sarah Palin begins her speech.

Then I start listening.

She starts off reading her credentials. She's got the kid and nephew in uniform -- check. Troop of milk-fed patriotic kiddies with Hallmark Channel names (a Bristol, a Willow, and a Piper, a rare Martin Mull–caliber whiteness trifecta) -- check. Mute macho husband on a snow machine -- check. This is all standard- issue campaign decoration so far, but then she starts in with this thing about Harry Truman:

My parents are here tonight, and I am so proud to be the daughter of Chuck and Sally Heath. Long ago, a young farmer and haberdasher from Missouri followed an unlikely path to the vice presidency.

A writer observed: "We grow good people in our small towns, with honesty, sincerity, and dignity." I know just the kind of people that writer had in mind when he praised Harry Truman.

I grew up with those people.

They are the ones who do some of the hardest work in America, who grow our food, run our factories, and fight our wars.

They love their country, in good times and bad, and they're always proud of America. I had the privilege of living most of my life in a small town.

I'm on the floor for the speech --stuck in the middle of a bunch of delegates from, I believe, Colorado --and at the line "They are the ones who do some of the hardest work," the section explodes in cheers.

I look back up at Palin and she has a bit of a confident grin on her face now. Not quite a smirk, that would be unfair to say, but she's oozing confidence after delivering these loaded lines. From now through the end of her speech there will be a definite edge to her voice.

Before I have any chance of noticing it she's moved beyond the speaking part of the program and is suddenly, effortlessly, deep into the signaling process, a place most politicians only reach with great effort, and clumsily, if at all. But Palin is the opposite of clumsy: she's in the dog- whistle portion of the speech and doing triple lutzes and backflips.

She starts talking about her experience as mayor of Wasilla, Alaska:

I guess a small- town mayor is sort of like a "community organizer," except that you have actual responsibilities. I might add that in small towns, we don't quite know what to make of a candidate who lavishes praise on working people when they are listening and then talks about how bitterly they cling to their religion and guns when those people aren't listening.

We tend to prefer candidates who don’t talk about us one way in Scranton and another way in San Francisco.

The TV talking heads here will surely focus on the insult to Barack Obama and will miss the far more important part of this speech -- the fact that Palin has moved from talking about small-town folks as They a few seconds ago to We now -- We don’t know what to make of this, We prefer this. It doesn’t take a whole lot of thought to figure out who this We is. Certainly, to those listening, if you’re part of this We, you know. If you’re not part of it, as I’m not, you know even more.

Excerpted from Griftopia: Bubble Machines, Vampire Squids, and the Long Con That Is Breaking America by Matt Taibbi. Copyright 2010 by Matt Taibbi. Excerpted by permission of Spiegel & Grau. 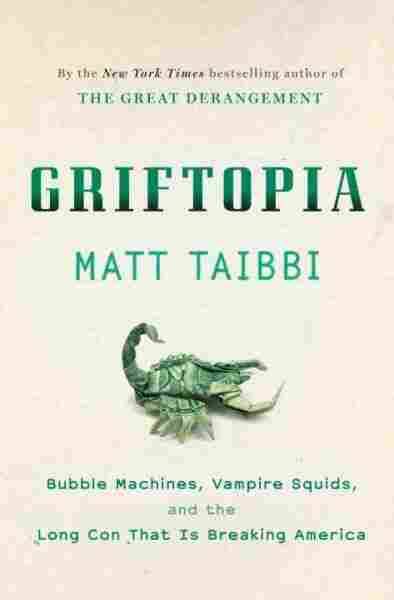 Bubble Machines, Vampire Squids, and the Long Con That Is Breaking America