Accessibility links
'Client 9' Chronicles Spitzer's Rise And Dramatic Fall Documentary maker Alex Gibney trains his camera on the former New York governor in Client 9: The Rise and Fall of Eliot Spitzer. The film profiles the one-time New York governor known as "The Sheriff of Wall Street" until a sex scandal brought him down. And Gibney thinks Spitzer has a shot at a political resurrection.

Known as the "The Sheriff of Wall Street" when he was New York's attorney general, Eliot Spitzer aimed his fire at some of America's largest financial institutions and their most powerful executives in the country.

"At the height of his power, he was the one-man wrecking crew," says Alex Gibney, director of the new documentary Client 9: The Rise and Fall of Eliot Spitzer. "He took the job of attorney general, which very often would go after crooked car dealers, and turned it into a national phenomenon; somebody who was trying to legislate."

Eliot Spitzer made a lot of enemies.

"To say those guys are angry doesn't do the word 'angry' justice. When they hear his name you can almost see smoke come out of their ears," Gibney tells NPR's Guy Raz. 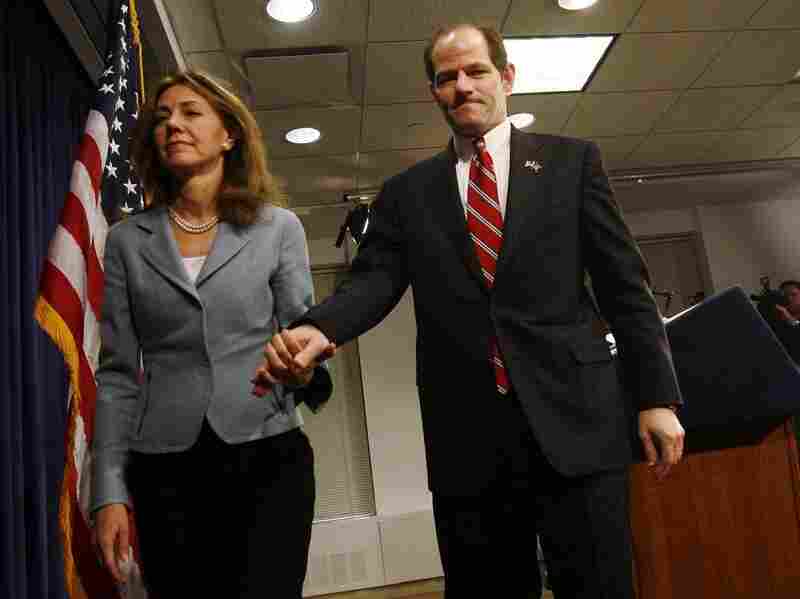 In the film, former NYSE director Langone recalls what people thought of Spitzer. "He remembers a pal of his coming out of a meeting with Spitzer and he said he had the phrase E-V-I-L emblazoned on his forehead," Gibney says.

The filmmaker thinks Spitzer underestimated the power of his enemies. "He had no friends," Gibney says. "His style was so combative."

Still, Spitzer was a rising star in the Democratic Party. He was elected governor in 2006, and many pols thought he was ultimately headed to the White House.

But it all fell apart in 2008, with the revelations that Spitzer frequented a high-priced prostitution service called The Emperor's Club.

Gibney has mixed emotions about his main character and even thinks Spitzer, now co-host of CNN's new news show Parker Spitzer, might have a political resurrection.

"I think that because Eliot Spitzer is so smart, and so good at understanding the political economy, and so good at expressing it, that there will be a need for him," Gibney says.

"But he has one big problem: He has to convince people to trust him again."