Accessibility links
AfroCubism: Giants At Play, United By Music The creative minds behind Buena Vista Social Club have guided an effort by Cuban and African musicians to create a new album, AfroCubism. Deep history underlies the musical interplay on the record, as well as a surprising number of similarities. 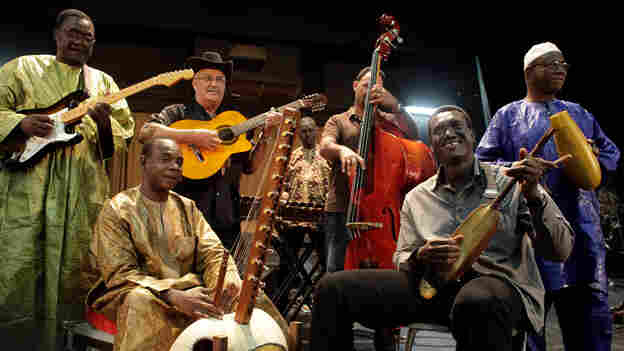 The creative minds behind Buena Vista Social Club have guided a collaboration between Cuban and African musicians in the creation of a new album called AfroCubism. Christina Jaspars hide caption 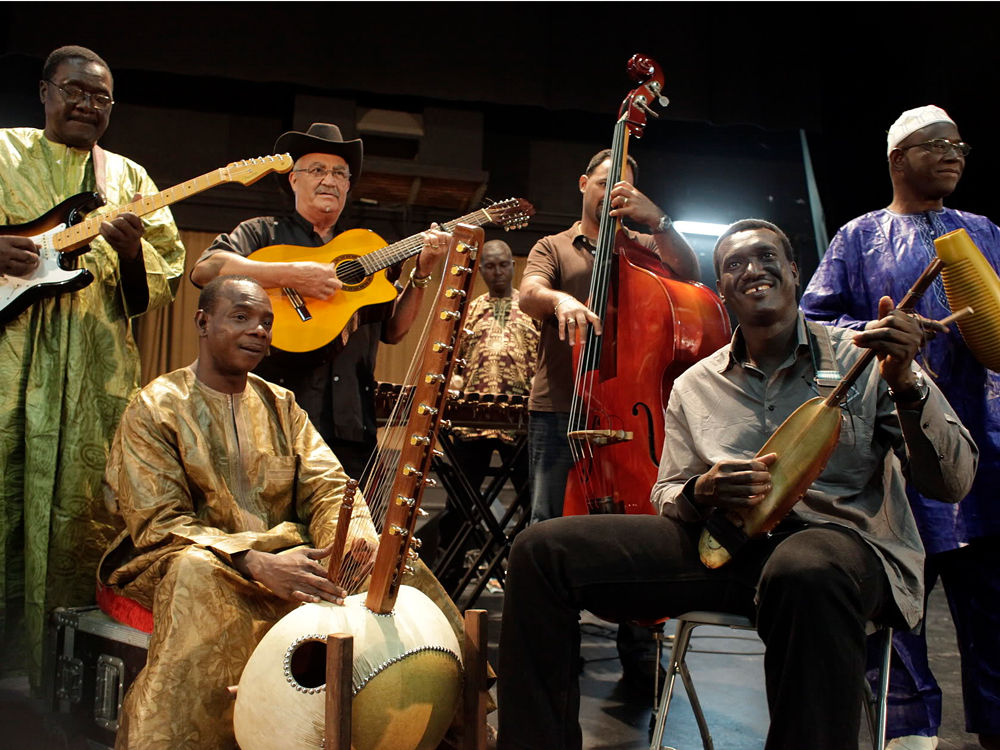 The creative minds behind Buena Vista Social Club have guided a collaboration between Cuban and African musicians in the creation of a new album called AfroCubism.

In 1996, British producer Nick Gold tried to convene top musicians from West Africa and Cuba to see what would happen. But his musical summit fell apart when the Africans failed to show up in Havana. Gold's team scrambled and came up with the multimillion-selling Buena Vista Social Club instead. Now, years later, Gold has returned to his initial idea, and the result is the new album AfroCubism.

Deep history underlies the musical interplay on AfroCubism. For starters, Cuban music is fundamentally rooted in African traditions. Moreover, in the early '60s, French West African countries such as Mali and Guinea tended to the Soviet side of Cold War politics. Their governments sent local musicians to Havana for training. They came home and taught their countrymen how to make a new kind of music.

AfroCubism features Kasse Mady Diabate, a golden-throated griot -- or praise musician -- from Mali. Though raised in African tradition, he sang in one of Mali's top Afro-Latin bands during the '70s. You might say his whole life has led up to the AfroCubism project. That's also true for guitarist Djelimady Tounkara, another griot, and a guy who learned guitar in part by accompanying Cuban hits on the radio.

Tounkara is one of four virtuoso instrumentalists in AfroCubism's Malian contingent. Heading up the Cuban faction is Eliades Ochoa, who sings and plays the tres, a guitar-like instrument. Ochoa sang the signature Buena Vista Social Club hit "Chan Chan," and he provides similarly folksy songs for AfroCubism.

Though most of these musicians are Africans, the grooves tend more to the Cuban side. Even when the African dimension comes to the fore, you still feel the propulsive force of that distinctly Cuban bass.

By tradition, Malian and Cuban music relies on highly disciplined distribution of musical roles, but both leave lots of room for improvisation. Within these joyful jams, form and structure sometimes give way to freewheeling interplay.

And consider this: Five of the key musicians here are used to calling the shots as leaders of their own bands. AfroCubism is a summit of giants at play -- their egos in check, their hearts open and the tangled history of two worlds flowing through their veins.