Accessibility links
Oklahoma's Anti-Shariah Law Put On Hold A federal judge on Monday temporarily stopped the state's ban on courts' consideration of international or Muslim law when deciding cases. Last week, 70 percent of Oklahomans approved the law by ballot initiative. The head of Oklahoma's chapter of the Council on American-Islamic Relations has challenged it. 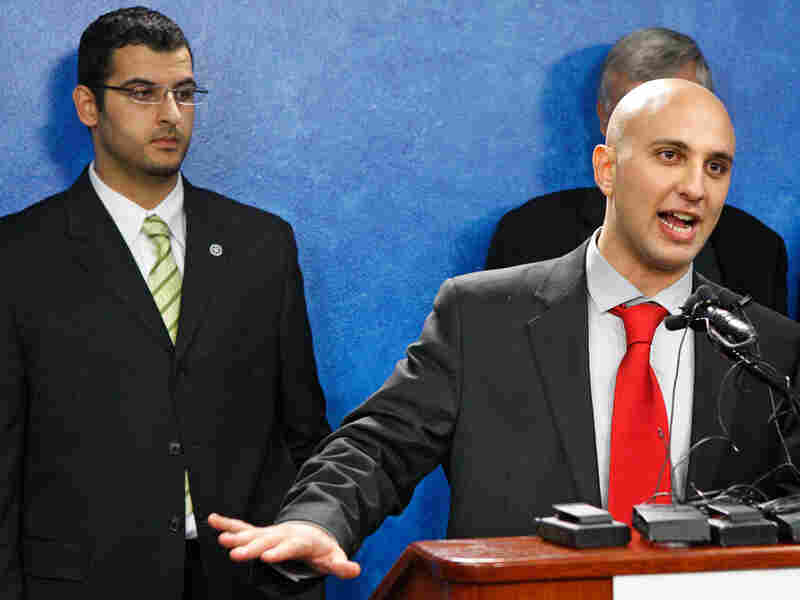 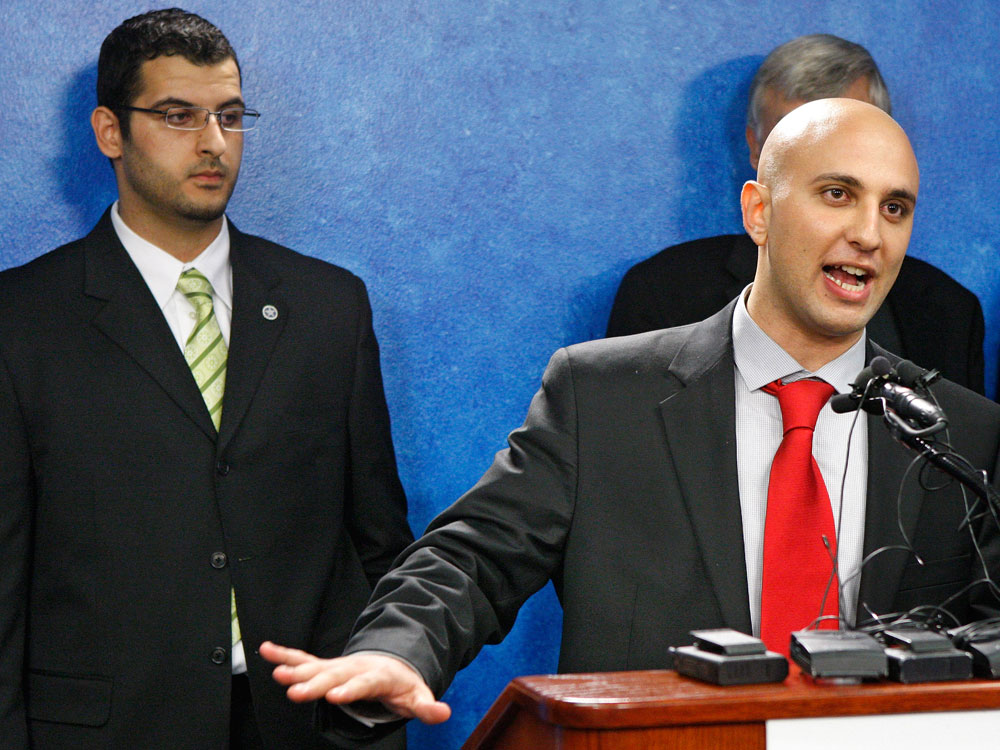 Oklahoma's law -- a ballot initiative approved by 70 percent of Oklahomans in the Nov. 2 elections -- would change the state constitution to prohibit courts from considering international or Muslim law when deciding cases.

Muneer Awad, head of the Oklahoma chapter of the Council on American-Islamic Relations, wasn't surprised at the Nov. 2 vote -- but he was sad and worried.

"You have a state-endorsed amendment in our Constitution that isolates, targets and marginalizes Muslims as a threat to the American way of life," says Awad. "We would be stigmatized by this amendment as being an unequal member in the political community in the state of Oklahoma."

Just days after the ballot initiative was approved, Awad challenged it in federal court, telling Judge Vicki Miles-LaGrange that the amendment curtails his religious freedom. After a brief hearing on Monday, Miles-LaGrange granted a temporary restraining order and said the law may not be certified until all the constitutional arguments are heard.

In the courtroom were the sponsors of the amendment, state Rep. Rex Duncan and Sen. Anthony Sykes. Both men said they were prompted in part by a case in New Jersey, in which a state judge refused to give a wife a protective order after her husband repeatedly raped her, because the judge said he must defer to Islamic law. The decision was quickly overturned by an appellate court. Neither Duncan nor Sykes returned repeated calls from NPR, but in another interview posted on his website, Sykes justified the Shariah amendment this way:

What The Law Would Do

"It's a ridiculous and offensive stereotype, an attempt to capitalize on the fears of people who don't know anything about Islam," says Awad. "We already have laws that prevent violence against women: You can't engage in a crime and consider it somehow related to your faith."

Constitutional scholars agree. They say that if a religious practice conflicts with American law, the courts will strike it down; the New Jersey appellate court's quick response in the case of marital abuse supports that principle.

Marc Stern, a First Amendment lawyer with the American Jewish Committee, says there's no way that fundamentalist Islamic law will be imported here.

"Stoning, cutting off of hands, people being forced to wear veils and the like are simply not going to happen with the assistance of the courts," Stern says.

So what would the new amendment do? Stern says it would favor other religious practices over Islamic ones. For example, Stern says, it is common for a court to accept a will, a prenuptial agreement or a contract based on religious law.

"This amendment seems to say the courts can take no notice of Shariah law," he says. "It doesn't say you can't take notice of canon or Jewish or any other form of religious law that imposes requirements on religious believers. That, alone, would seem to be grounds for throwing this out."

The amendment opens a Pandora's box of legal problems aside from the First Amendment issues, says Joseph Thai, a law professor at the University of Oklahoma's College of Law. It would bar courts in the state from recognizing all international law, including treaties and international business contracts that are often based on foreign law. He wonders, why would any foreign company do business with Oklahoma?

It's difficult to find anyone who believes Oklahoma's new law will survive. But that will be determined later. The next hearing -- when the state government defends the measure -- is scheduled for Nov. 22.