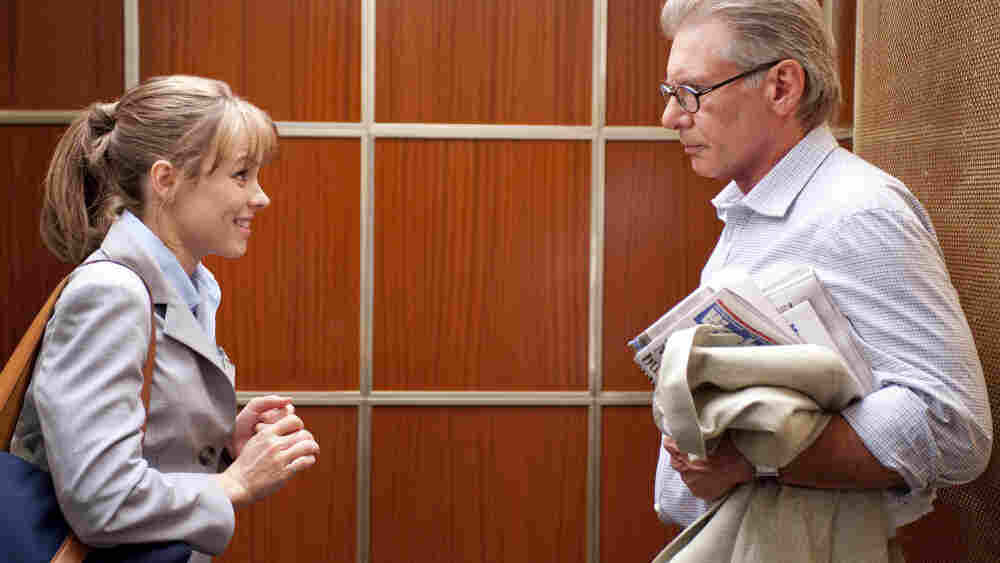 Rated PG-13 for some sexual content including dialogue, language and brief drug references.

It's been more than 20 years since the uproarious Broadcast News proved that looking behind the scenes in television could be entertaining; now a new romantic comedy called Morning Glory has the same idea, and in its pursuit Rachel McAdams gives the kind of performance that makes a movie star. The rest of the film, unfortunately, isn't up to her level.

McAdams plays Becky Fuller, a young woman of endearing energy and liveliness. Nothing, but nothing, gets her down for long.

Fuller's great passion in life is being a morning-news producer, a job that pretty much eats her alive. She catches the eye of a network executive, played by Jeff Goldblum, who is looking for someone to revitalize a struggling morning show that is perpetually last in the ratings race. "It's a source of constant humiliation," he tells her. "Last year in the network softball league, the CBS team wore hats that said 'At Least We're Not Daybreak.' "

The show's co-host, gamely played by Diane Keaton, is the sort of morning-TV pro who is so up for anything that she'll put on a fat suit to face a sumo wrestler, don a tutu to dance ballet with preteens or kiss a frog on live TV if that's what it takes to goose ratings. But it's not enough, so to help the show out, Fuller strong-arms a legendary newsman to be the latest in Keaton's string of co-hosts. Pomeroy, played with cranky conviction by Harrison Ford, has real contempt for morning news -- and he's not afraid to show it.

"I've won eight Peabodys, a Pulitzer and 16 Emmys," he scowls. "I was shot through the forearm in Bosnia, pulled Colin Powell from a burning jeep; I laid a cool washcloth on Mother Teresa's forehead during a cholera epidemic."

He's there, in other words, for the money, and he's not going to pretend otherwise. That clash of cultures is certainly an excellent setup for a comedy, and Morning Glory gets a bump from how true it feels to the nuts and bolts realities of the a.m. TV world.

But having gotten that far, the film proceeds to stumble and lose its way, giving itself up to formulaic plot elements that are anything but engaging. McAdams' performance is worth the price of admission, but a plot resolution as satisfying as her work is nowhere to be found.