Accessibility links
Bush Defends His Legacy In 'Decision Points' In his new memoir, Decision Points, former President George W. Bush revisits nearly all the controversial decisions of his tenure — and defends them with vigor. Historian H.W. Brands suspects history won't be as easy on Bush as Bush is on himself. 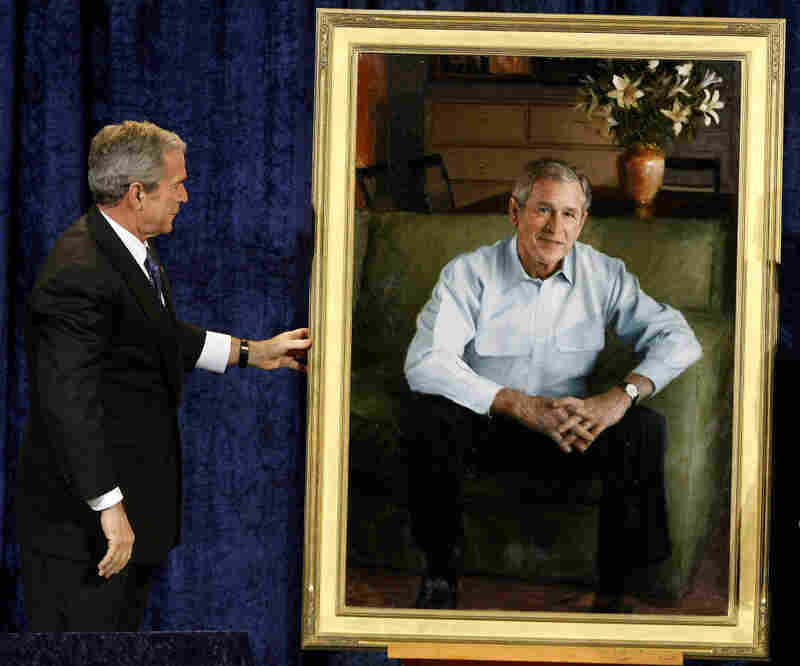 President George W. Bush attends the unveiling of his official portrait at the National Portrait Gallery in 2008. Bush reflects on his presidency in his new memoir, Decision Points. Chip Somodevilla/Getty Images hide caption 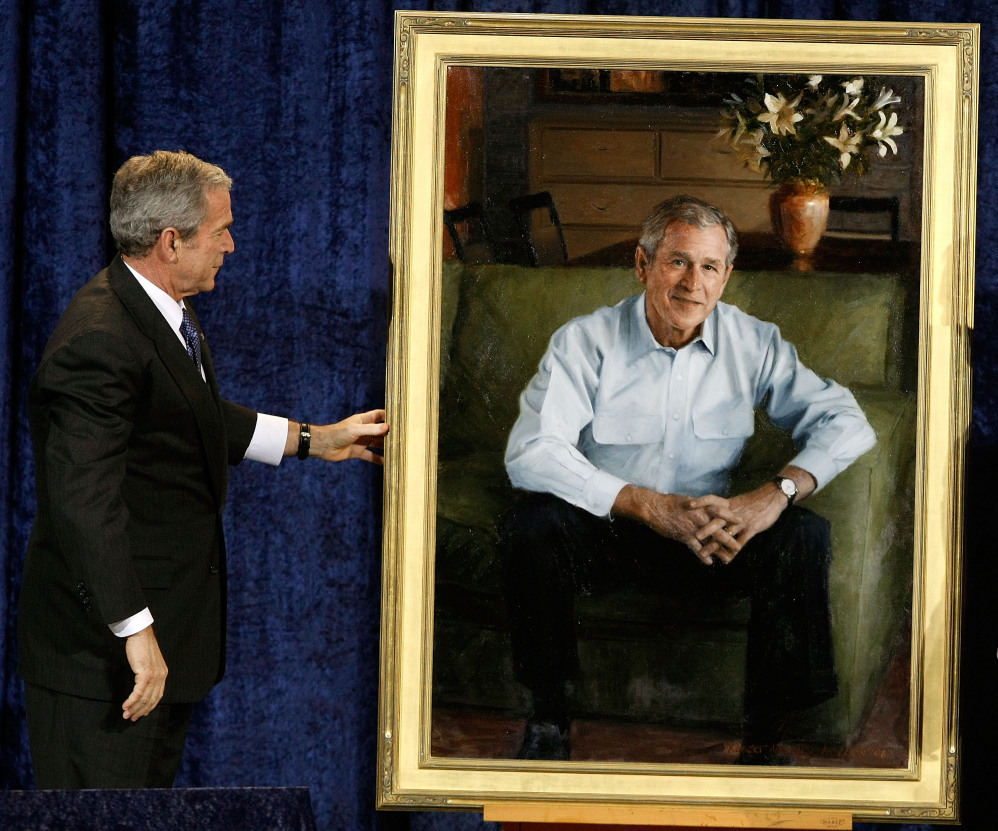 President George W. Bush attends the unveiling of his official portrait at the National Portrait Gallery in 2008. Bush reflects on his presidency in his new memoir, Decision Points.

H.W. Brands is a presidential historian and the author of Traitor To His Class, a biography of President Franklin D. Roosevelt.

The memoirs of Ulysses S. Grant are generally considered the finest by any former president. There are two secrets to Grant's enduring success. First, the book deals almost exclusively with the period prior to Grant's presidency, thus providing insight into the man who became president, rather than the president himself. Second, Grant in the memoir displays a capacity for sobering reflection, admitting where his mistakes during the Civil War sent thousands of soldiers needlessly to their deaths. 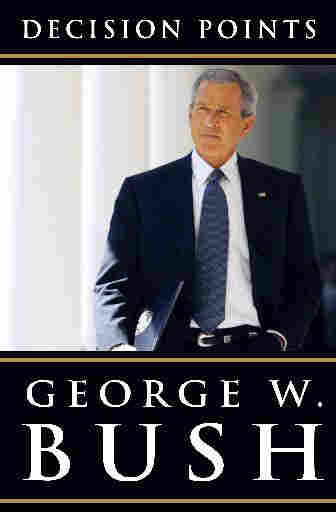 Former President George W. Bush cites Grant's memoir as inspiration for his own. But it differs in both crucial regards. Bush devotes one chapter and parts of a few others to his pre-presidential career, but the great majority of the book concerns his eight years in the White House. This serves his literary and political purpose, which is to make the case for his policies as president, but it does little to reveal the inner man. And the absence of broad reflection leaves some large historical questions unanswered.

As a justification for his actions, Bush's memoir succeeds admirably. The former president revisits nearly all the controversial decisions of his tenure, and defends them with vigor. The war in Afghanistan was necessary to root out al-Qaida and the Taliban, and help create a "free society" in Central Asia, he says. The war in Iraq turned out to be based on faulty intelligence, but the consequence of the American occupation was a chance for democracy to take root on the Persian Gulf. When CIA chief George Tenet asked Bush if he approved waterboarding against terrorist suspects, the president said, "Damn right"; and he still thinks he was right. Bush’s tax cuts were required to counteract the recessionary effects of Sept. 11, he says. The rescue of Wall Street in 2008 was distasteful but necessary. As Bush told an adviser at the time: "If we're really looking at another Great Depression, you can be damn sure I'm going to be Roosevelt, not Hoover."

Bush acknowledges some tactical errors: He should have moved faster to deploy federal troops to the Gulf Coast after Hurricane Katrina, he says.  He should have pushed for immigration reform before Social Security reform after his re-election in 2004. He still gets a "sickening feeling" when he thinks of the nonexistent weapons of mass destruction in Iraq.

But he admits to no major blunders, and he avoids the larger issues his time in office raise. Chronologically, Bush's was the first presidency of the 21st  century, but historians may well view it as the last presidency of the 20th century -- of the era when America's economic power invited, almost compelled, an ambitious foreign policy.

That era has ended -- not least because of what happened during George W. Bush's presidency. The wars in Iraq and Afghanistan strained the federal budget; the Bush tax cuts, the financial crisis and the ensuing recession have nearly broken it. There will be no more elective wars like Iraq, not for a long time. Before Bush, Americans could have guns and butter both; after Bush, we'll be lucky simply to have butter.

Bush closes by saying he's comfortable with the fact that history's verdict on his presidency won't come until after he's gone. That's just as well, since history isn't likely to be as easy on him as he is on himself.

LANGUAGE ADVISORY: This excerpt contains language that some might find offensive.

The Secret Service wanted to get me to Air Force One, and fast. As the motorcade charged down Florida Route 41, I called Condi from the secure phone in the limo. She told me there had been a third plane crash, this one into the Pentagon. I sat back in my seat and absorbed her words. My thoughts clarified: The first plane could have been an accident. The second was definitely an attack. The third was a declaration of war.

My blood was boiling. We were going to find out who did this, and kick their ass….

…I stepped into the presidential cabin and asked to be alone. I thought about the fear that must have seized the passengers on those planes and the grief that would grip the families of the dead. So many people had lost their loved ones with no warning. I prayed that God would comfort the suffering and guide the country through this trial. I thought of the lyrics from one of my favorite hymns, “God of Grace and God of Glory”: “Grant us wisdom, grant us courage, for the facing of this hour.”

While my emotions might have been similar to those of most Americans, my duties were not. There would be time later to mourn. There would be an opportunity to seek justice. But first I had to manage the crisis. We had suffered the most devastating surprise attack since Pearl Harbor. An enemy had struck our capital for the first time since the War of 1812. In a single morning, the purpose of my presidency had grown clear: to protect our people and defend our freedom that had come under attack…

…The collapse of the towers magnified the catastrophe. Fifty thousand people worked in the buildings on a typical business day. Some had been evacuated, but I wondered how many were left . Thousands? Tens of thousands? I had no idea. But I was certain that I had just watched more Americans die than any president in history.

I kept up-to-date on the latest developments by calling Dick and Condi in the PEOC. We tried to establish an open line, but it kept dropping….

…When we did receive information, it was oft en contradictory and sometimes downright wrong. I was experiencing the fog of war. There were reports of a bomb at the State Department, a fire on the National Mall, a hijacked Korean airliner bound for the United States, and a call-in threat to Air Force One. The caller had used the plane’s code name, Angel, which few people knew. The most bizarre report came when I was informed of a high-speed object flying toward our ranch in Crawford. All of this information later proved to be false. But given the circumstances, we took every report seriously.

One report I received proved true. A fourth plane had gone down somewhere in Pennsylvania. “Did we shoot it down, or did it crash?” I asked Dick Cheney. Nobody knew. I felt sick to my stomach. Had I ordered the death of those innocent Americans?

On Wednesday, March 19, 2003, I walked into a meeting I had hoped would not be necessary.

The National Security Council had gathered in the White House Situation Room, a nerve center of communications equipment and duty officers on the ground floor of the West Wing. The top center square of the secure video screen showed General Tommy Franks sitting with his senior deputies at Prince Sultan Air Base in Saudi Arabia. In the other five boxes were our lead Army, Navy, Marine, Air Force, and Special Operations commanders. Their counterparts from the British Armed Forces and Australian Defense Forces joined as well.

I asked each man two questions: Do you have everything you need to win? And are you comfortable with the strategy?

I turned to Don Rumsfeld. “Mr. Secretary,” I said, “for the peace of the world and the benefit and freedom of the Iraqi people, I hereby give the order to execute Operation Iraqi Freedom. May God bless the troops.”

As I saluted back, the gravity of the moment hit me. For more than a year, I had tried to address the threat from Saddam Hussein without war. We had rallied an international coalition to pressure him to come clean about his weapons of mass destruction programs. We had obtained a unanimous United Nations Security Council resolution making clear there would be serious consequences for continued defiance. We had reached out to Arab nations about taking Saddam into exile. I had given Saddam and his sons a final forty-eight hours to avoid war. The dictator rejected every opportunity. The only logical conclusion was that he had something to hide, something so important that he was willing to go to war for it.

I knew the consequences my order would bring. I had wept with widows of troops lost in Afghanistan. I had hugged children who no longer had a mom or a dad. I did not want to send Americans into combat again. But after the nightmare of 9/11, I had vowed to do what was necessary to protect the country. Letting a sworn enemy of America refuse to account for his weapons of mass destruction was a risk I could not afford to take.

I needed time to absorb the emotions of the moment. I left the Situation Room, walked up the stairs and through the Oval Office, and took a slow, silent lap around the South Lawn. I prayed for our troops, for the safety of the country, and for strength in the days ahead. Spot, our springer spaniel, bounded out of the White House toward me. It was comforting to see a friend. Her happiness contrasted with the heaviness in my heart.

There was one man who understood what I was feeling. I sat down at my desk in the Treaty Room and scrawled out a letter:

At around 9:30 a.m., I gave the order to SecDef to execute the war plan for Operation Iraqi Freedom. In spite of the fact that I had decided a few months ago to use force, if need be, to liberate Iraq and rid the country of WMD, the decision was an emotional one. . . .

I know I have taken the right action and do pray few will lose life. Iraq will be free, the world will be safer. The emotion of the moment has passed and now I wait word on the covert action that is taking place.

I know what you went through.

A few hours later, his reply came across the fax:

Your handwritten note, just received, touched my heart. You are doing the right thing. Your decision, just made, is the toughest decision you’ve had to make up until now. But you made it with strength and with compassion. It is right to worry about the loss of innocent life be it Iraqi or American. But you have done that which you had to do.

Maybe it helps a tiny bit as you face the toughest bunch of problems any President since Lincoln has faced: You carry the burden with strength and grace. . . .

Remember Robin’s words ‘I love you more than tongue can tell.’ 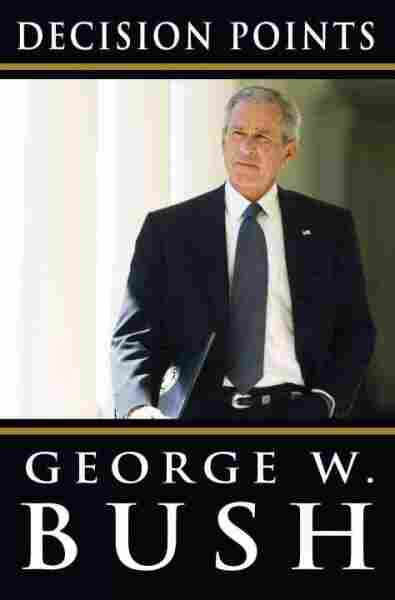