Accessibility links
Some Veterans Return With 'Hidden' Vision Problems At least 6,000 Iraq and Afghanistan vets have suffered visual damage as a result of brain injury, but many may not even realize it. Sometimes just being near an IED blast can be enough to cause brain injury called hemianopsia and a partial loss of vision.

Staff Sgt. Jay Wilkerson says, looking back, he thinks he knows what mistake his convoy of Humvees made more than four years ago: They were heading from Habbaniyah, Iraq, back to Baghdad -- but they were moving along the same route they'd come in on. Insurgents knew exactly where to plant a powerful roadside bomb. Wilkerson's Humvee took the hit.

"I remember everything just went black," he says. "I was talking, and then all of a sudden, I heard the vehicle exploding. And I heard the people in the truck screaming at the same time."

Wilkerson was in a coma for 12 days. He had severed two fingers, and the left side of his face was blown open. He couldn't walk for months. Given the extent of his injuries, it's easy to see why doctors -- and even Wilkerson himself -- failed to realize that something else was wrong. It had to do with the way Jay Wilkerson sees. 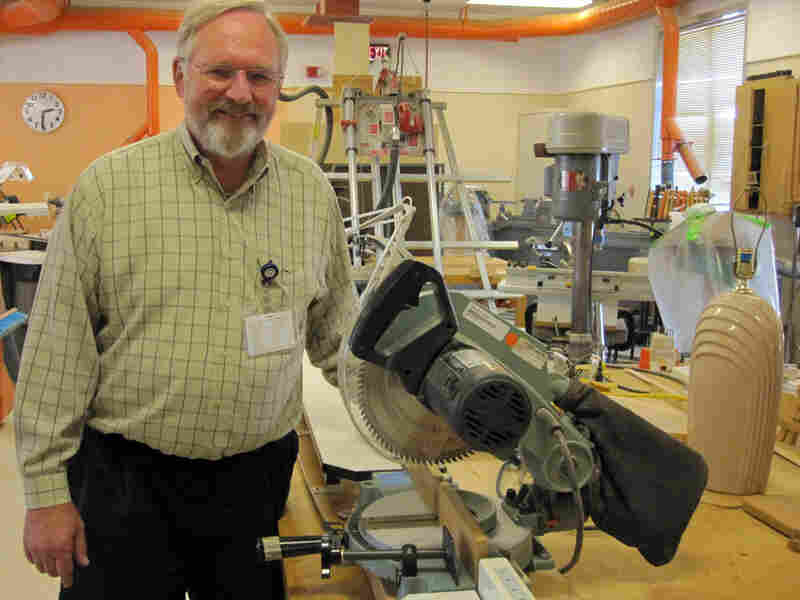 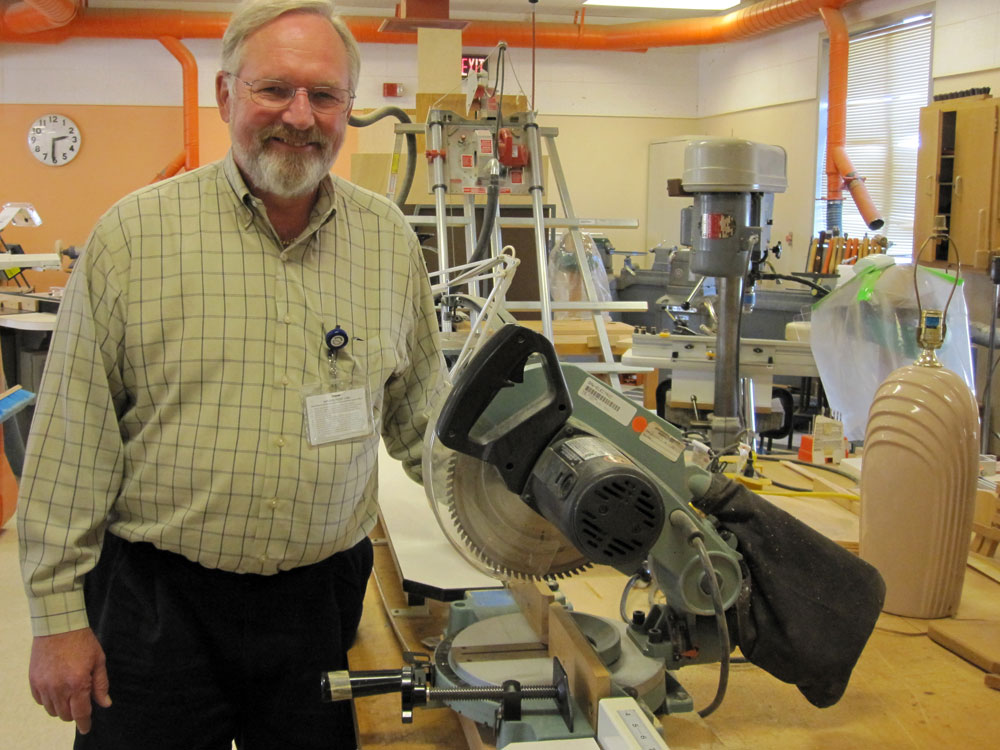 He has a hemianopsia. It's a problem not of the eyes, but of the brain. In Jay's case, his brain doesn't recognize signals from either of his eyes' left visual fields.

"Often people don't realize they have the problem," says Greg Goodrich, a vision researcher at the VA Medical Center in Palo Alto.

In 2003, Goodrich and another doctor started noticing something surprising in the young vets they were treating. According to their charts, these men and women could see just fine. Goodrich says many of them had full 20/20 vision. And yet, he says, "they had this huge hemianopsia. Half their visual world was gone. And the most common visual tests used didn't catch it."

Glenn Cockerham, chief of ophthalmology at the VA Palo Alto, says he and others took to calling these "occult" injuries, because of the way they seemed to escape detection.

"If you just ask [these soldiers] how they're doing," he says, "they'll say, 'I'm doing fine.' But if you ask specific questions, and you compare them to other people, they're not doing so well."

For example, many of the veterans were having problems concentrating. They bumped into things. Goodrich says another red flag was when a soldier would say he or she had lost interest in reading. If asked whether that had been the case before the war, the vets would often say that it had not.

What's striking, say the doctors, is that these symptoms -- difficulty concentrating, clumsiness, inability to read well -- are precisely the kinds of problems soldiers might attribute to PTSD, or other combat injuries. Many soldiers assume they are just a fact of life after war.

Returning to civilian life, Goodrich says, is "a tremendous psychological readjustment to go through. And sorting out symptoms that can be subtle, or that you don't recognize, is a real challenge."

Cockerham and Goodrich find that hemianopsias and other vision injuries are far more common than anyone had expected. Goodrich estimates that at least 6,000 Iraq and Afghanistan vets have suffered visual damage as a result of brain injury.

"Because some of these are very subtle," says Goodrich, "we don't catch them as often as we would like to."

One reason that so many vision problems go undiagnosed is that soldiers often don't realize they've been injured at all. For example, just being near an IED blast can, in some cases, be enough to cause a brain injury, including vision problems.

In a human body, that sudden pressure wave is like a powerful punch to the chest and stomach. The impact moves throughout the body, including to the brain where it can stretch or tear actual brain tissue. Brain cells can start to die off. If this damage takes place in the visual parts of the brain, that can mean vision problems, including hemianopsias.

Learning To Scan The Scene

Nowadays, far more of these problems are being diagnosed. That's because Goodrich and Cockerham have invented a new advanced vision test. It's now part of the routine screening that veterans receive when they come to the hospital with major injuries. 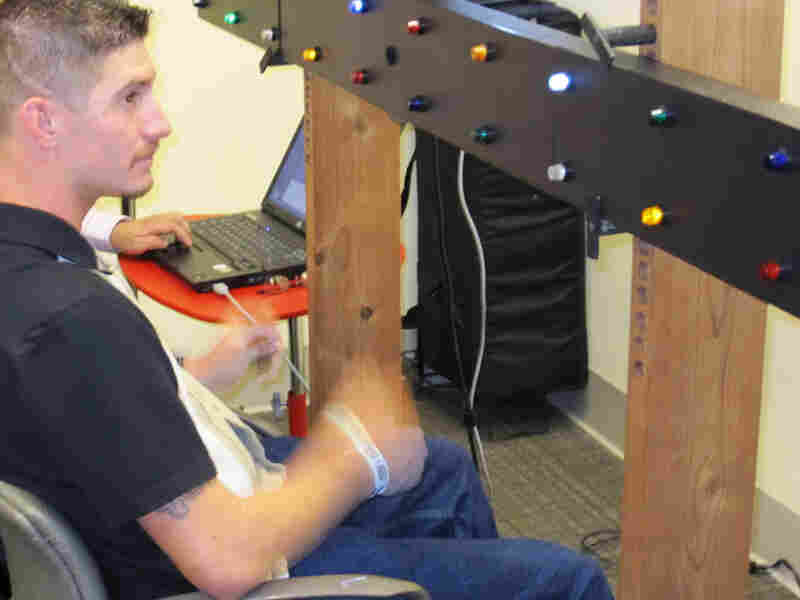 Iraq vet Chris Rader takes an advanced vision test designed to spot hemianopsias and other vision problems. Rader’s hemianopsia prevents him from seeing any of the lights on the left side of the panel. Amy Standen/KQED hide caption 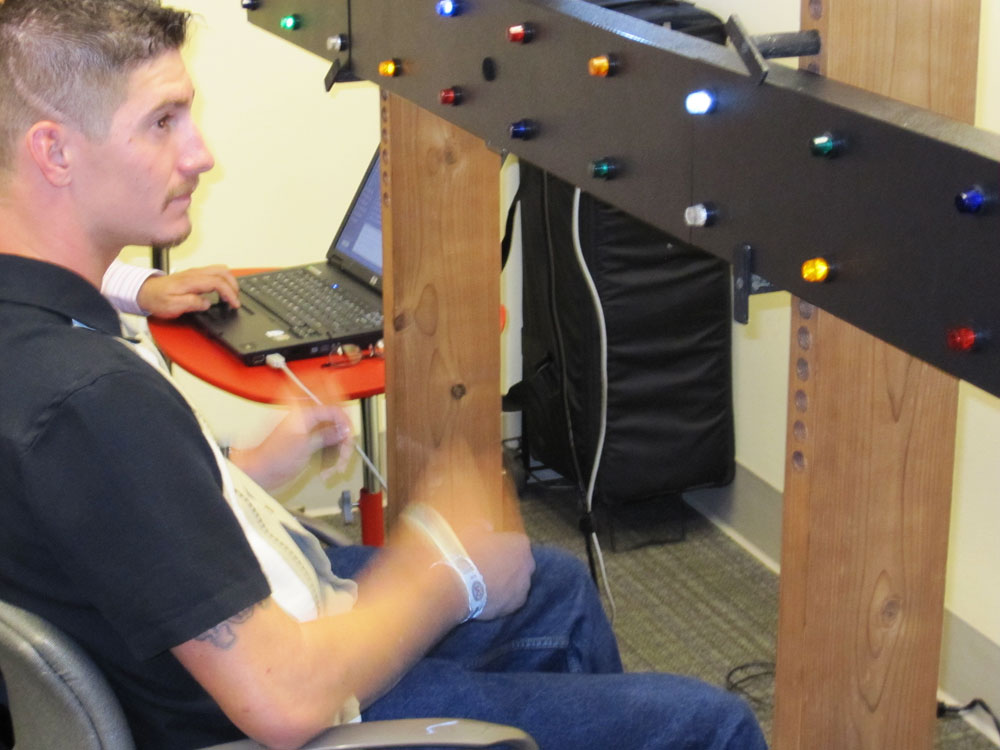 Iraq vet Chris Rader takes an advanced vision test designed to spot hemianopsias and other vision problems. Rader’s hemianopsia prevents him from seeing any of the lights on the left side of the panel.

And that means more vets are getting treatment.

On the day I visited the VA in Palo Alto, Iraq veteran Chris Rader was being treated for a hemianopsia that was a result of a motorcycle accident after he returned from the war.

As he walked down a hallway at the veterans' hospital, Rader methodically turned his head from left to right, as if watching a tennis match. He was looking for pink post-it notes, placed here and there by Rader's vision therapist, John Kingston.

Learning how to scan a scene is one way that hemianopsia patients, like Rader, can learn to get around better. He's also been outfitted with special prism glasses, which can help with reading.

Goodrich says that for many vets, what comes before treatment -- the simple act of diagnosis -- is just as important. "Part of my motivation is, I'm a Vietnam vet," he says, "and for some of my comrades, diagnosing the problems that happened to them took 15 to 20 years."

For example, he says, consider Agent Orange. It took 20 years for the VA to recognize the toll that chemical was continuing to take on Vietnam vets.

"I came back from the war at a time when we didn't have that same level of commitment," Goodrich says. "For me, applying that on a day to day basis is just vitally important to people that I respect tremendously. And that's our troops and veterans."

Goodrich says the Iraq and Afghanistan wars are an opportunity to get it right.