Accessibility links
Wrestler Deaths Should Be Warning to Other Sports In the past decade, 65 professional wrestlers reportedly died before their 50th birthdays, many because of drug abuse. Commentator Frank Deford says that should serve as a wake-up call for other sports touched by performance-enhancing drugs.

Listen
Wrestler Deaths Should Be Warning to Other Sports 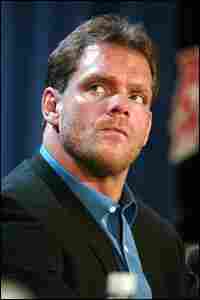 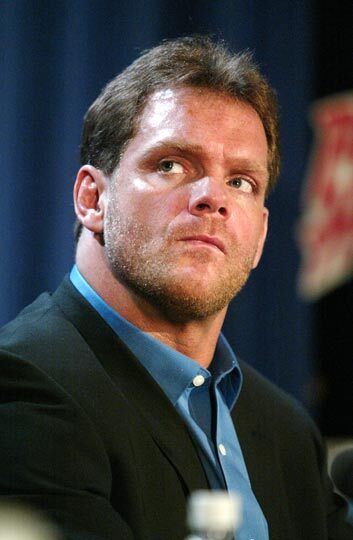 Pro wrestler Chris Benoit allegedly killed his wife and son before hanging himself in their Georgia home in June. 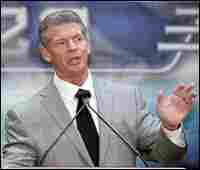 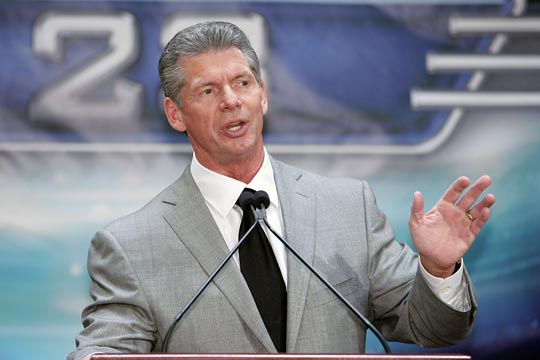 If this were so, Congress would probably have dropped discussing everything short of terrorism to investigate. Cable television would talk of nothing else. The sports would be decried from the pulpits.

Of course, nothing like this has happened. However, if you extrapolate the number of deaths of under-50 professional wrestlers to baseball and football, that is the equivalent mortality score: 186 major league baseball players, 435 NFL players. Dave Meltzer, the distinguished journalist who has covered professional wrestling for 30 years, has carefully tabulated the death toll in his sport, and he comes up with a total of 65 wrestlers who have, since 1997, died before their 50th birthday.

But who cares? Who does anything about it?

Oh, occasionally, as earlier this summer when the wrestler Chris Benoit killed his wife and son and then committed suicide, the death is so horrific that there is a momentary flurry of interest. But then it is quickly on to the next week's example of American ghoulishness. Who knows that in the seven weeks since the Benoit family massacre, three more wrestlers have died — two at age 44, one at 38. Drugs seem to have played a part in all three deaths.

The main reason for such indifference is that professional wrestling isn't considered a sport and is barely legislated. But, of course, unlike such other popular cable entertainments as poker and hot-dog eating, wrestling is a sport. No, not legitimate in the competitive sense, but it is certainly legitimate athletic exercise. It's grueling, all the more so that the wrestlers are subjected to an arduous travel schedule.

Meltzer, the editor of Wrestling Observer Newsletter, says that performance-enhancing drugs entered the sport as early as the 1960s. By the 1980s, steroids were a staple — especially as Vince McMahon, the brilliant promoter who headed up the World Wrestling Federation, realized that blown-up action humanoids sold tickets and drove up ratings.

But, says Meltzer, "Even if there had been no Vince McMahon, there would have been a steroid problem in wrestling." Steroid muscles sell wrestling as silicone breasts sell other popular divertissements.

Meltzer, I believe, is the most accomplished reporter in sport journalism. It's incidental that his sport is not a fashionable one. It's Meltzer's comprehensive knowledge that makes his death tally so accurate and so awful — especially as it shows that the vast preponderance of wrestlers who have died either lost their lives outright to drug overdose or died of heart attack, liver or kidney failure, clearly brought on by drug abuse.

There are, I believe, two things we must take away here. First, attention must be paid to the horrors of professional wrestling by somebody other than Dave Meltzer. And second, those who tend to think performance-enhancing drugs in sports like baseball and football really aren't a big deal ought to be forewarned. It can happen here.