Reclaiming the Keys, One Concert at a Time 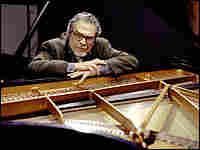 An injury to his right hand sidelined Leon Fleisher for decades, now the pianist is back using both hands. Photo: Eli Turner hide caption

Hear Fleisher working with a student at the Aspen Festival and School in Colorado. 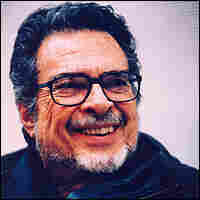 Fleisher turned to teaching, conducting, and playing the piano literature for left hand after an he injured his right hand. hide caption

Hear Leon Fleisher talk about his injury and how it changed his life.

Thunderbolts from the Gods

A State of Grace

Leon Fleisher was named a Kennedy Center Honoree today, along with pop diva Diana Ross, director Martin Scorsese and others. The annual award is given out in recognition of lasting contrubutions to the arts in America. The awards will be presented and televised at the Kennedy Center in Washington, D.C. in December.

Fleisher has been called one of the greatest pianists of the 20th century. And he's a pianist with a story to tell—one of great losses, pain and triumphs.

Fleisher was part of a generation of exceptional American classical pianists—Van Cliburn, Byron Janis, and John Browning. When Fleisher was young, conductor Pierre Monteux went so far as to call him "the pianistic find of the century." Fleisher spent the 1950's fulfilling those impossible expectations.

But in late 1964, tragedy struck. The fingers of his right hand began to fold up involuntarily. Focal Dystonia, a repetitive motion injury, was what the doctors finally diagnosed. His right hand was nearly useless, and Fleisher stopped playing in public.

"Having spent 35, 36 years of playing 2 hands and then have it denied, for me was an enormous blow," Fleisher says. "And it took me about two years of until I was ready to admit to myself that I should look in other directions."

The directions Fleisher found were conducting, teaching and performing music written for the left hand only. After the injury Fleisher went through the requisite years of what he calls "deep funk and despair." Eventually, he says, he had a realization.

"My connection with music was greater than just as a two-handed piano player," Fleisher says. "And that allowed me to investigate the left hand literature, and it further refined my whole teaching attitude. I could no longer push the student of the chair and say 'this is how it should go,' I had to describe it in words."

In teaching, Fleisher found a new world in which to excel and by now, pianists from Andre Watts to Jonathan Biss have learned at his side.

Back with Both Hands

Finally, after more than 30 years and dozens of ineffective treatments, ever so gradually Fleisher began to regain the use of his right hand. One of the treatments that may have helped has been botox injections.

Fleisher is now 79 and doesn't give too many concerts, but he did make an appearance at the Shriver Piano Series last spring in Baltimore, playing with both hands.

Fleisher ended his recital with a massive sonata by Franz Schubert. The Sonata in B-flat (D. 960) might be huge—proportioned more like a grand symphony—but its tone is intimate and inward-looking.

It was Schubert's last piano sonata and it's filled with bittersweet melodies, jabs of pain and rays of hope. Schubert was in the final stages of the syphilis that would kill him at age 31. He, like Fleisher, knew a thing or two about living with physical pain, and the pain of a career sidelined by illness. Fleisher doesn't play each note perfectly in this performance. But his portrait is personal, and detailed with years of experience and shades of yearning and desire.