Accessibility links
Diaz's First Novel Details a 'Wondrous Life' More than a decade ago, New Jersey writer Junot Diaz, a Rutgers graduate whose family emigrated from the Dominican Republic, made a huge debut with his collection of stories, Drown. Next week, his first novel appears.

More than a decade ago, New Jersey writer Junot Diaz, a Rutgers graduate whose family emigrated from the Dominican Republic, made a huge debut with a collection of stories entitled Drown. Next week, his first novel appears. It's called The Brief Wondrous Life of Oscar Wao. 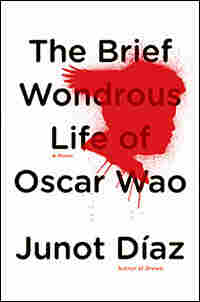 Note: Contains language that some may find offensive.

'GhettoNerd at the End of the World'

Our hero was not one of those Dominican cats everybody's always going on about—he wasn't no home-run hitter or a fly bachatero, not a playboy with a million hots on his jock.

And except for one period early in his life, dude never had much luck with the females (how very un-Dominican of him).

He was seven then.

In those blessed days of his youth, Oscar was something of a Casanova. One of those preschool loverboys who was always trying to kiss the girls, always coming up behind them during a merengue and giving them the pelvic pump, the first nigger to learn the perrito and the one who danced it any chance he got. Because in those days he was (still) a "normal" Dominican boy raised in a "typical" Dominican family, his nascent pimp-liness was encouraged by blood and friends alike. During parties—and there were many many parties in those long-ago seventies days, before Washington Heights was Washington Heights, before the Bergenline became a straight shot of Spanish for almost a hundred blocks—some drunk relative inevitably pushed Oscar onto some little girl and then everyone would howl as boy and girl approximated the hip-motism of the adults.

You should have seen him, his mother sighed in her Last Days. He was our little Porfirio Rubirosa.4

All the other boys his age avoided the girls like they were a bad case of Captain Trips. Not Oscar. The little guy loved himself the females, had "girlfriends" galore. (He was a stout kid, heading straight to fat, but his mother kept him nice in haircuts and clothes, and before the proportions of his head changed he'd had these lovely flashing eyes and these cute-ass cheeks, visible in all his pictures.) The girls—his sister Lola's friends, his mother's friends, even their neighbor, Mari Colón, a thirty-something postal employee who wore red on her lips and walked like she had a bell for an ass—all purportedly fell for him. Ese muchacho está bueno! (Did it hurt that he was earnest and clearly attention-deprived? Not at all!) In the DR during summer visits to his family digs in Baní he was the worst, would stand in front of Nena Inca's house and call out to passing women—Tú eres guapa! Tú eres guapa!—until a Seventh-day Adventist complained to his grandmother and she shut down the hit parade lickety-split. Muchacho del diablo! This is not a cabaret!

It truly was a Golden Age for Oscar, one that reached its apotheosis in the fall of his seventh year, when he had two little girlfriends at the same time, his first and only ménage à trois. With Maritza Chacón and Olga Polanco.

Maritza was Lola's friend. Long-haired and prissy and so pretty she could have played young Dejah Thoris. Olga, on the other hand, was no friend of the family. She lived in the house at the end of the block that his mother complained about because it was filled with puertoricans who were always hanging out on their porch drinking beer. (What, they couldn't have done that in Cuamo? Oscar's mom asked crossly.) Olga had like ninety cousins, all who seemed to be named Hector or Luis or Wanda. And since her mother was una maldita borracha (to quote Oscar's mom), Olga smelled on some days of ass, which is why the kids took to calling her Mrs. Peabody.

Mrs. Peabody or not, Oscar liked how quiet she was, how she let him throw her to the ground and wrestle with her, the interest she showed in his Star Trek dolls. Maritza was just plain beautiful, no need for motivation there, always around too, and it was just a stroke of pure genius that convinced him to kick it to them both at once. At first he pretended that it was his number-one hero, Shazam, who wanted to date them. But after they agreed he dropped all pretense. It wasn't Shazam—it was Oscar.

Those were more innocent days, so their relationship amounted to standing close to each other at the bus stop, some undercover hand-holding, and twice kissing on the cheeks very seriously, first Maritza, then Olga, while they were hidden from the street by some bushes. (Look at that little macho, his mother's friends said. Que hombre.)

The threesome only lasted a single beautiful week. One day after school Maritza cornered Oscar behind the swing set and laid down the law, It's either her or me! Oscar held Maritza's hand and talked seriously and at great length about his love for her and reminded her that they had agreed to share, but Maritza wasn't having any of it. She had three older sisters, knew everything she needed to know about the possibilities of sharing. Don't talk to me no more unless you get rid of her! Maritza, with her chocolate skin and narrow eyes, already expressing the Ogún energy that she would chop at everybody with for the rest of her life. Oscar went home morose to his pre–Korean-sweatshop-era cartoons—to the Herculoids and Space Ghost. What's wrong with you? his mother asked. She was getting ready to go to her second job, the eczema on her hands looking like a messy meal that had set. When Oscar whimpered, Girls, Moms de León nearly exploded. Tú ta llorando por una muchacha? She hauled Oscar to his feet by his ear.

Mami, stop it, his sister cried, stop it!

She threw him to the floor. Dale un galletazo, she panted, then see if the little puta respects you.

If he'd been a different nigger he might have considered the galletazo. It wasn't just that he didn't have no kind of father to show him the masculine ropes, he simply lacked all aggressive and martial tendencies. (Unlike his sister, who fought boys and packs of morena girls who hated her thin nose and straightish hair.) Oscar had like a zero combat rating; even Olga and her toothpick arms could have stomped him silly. Aggression and intimidation out of the question. So he thought it over. Didn't take him long to decide. After all, Maritza was beautiful and Olga was not; Olga sometimes smelled like pee and Maritza did not. Maritza was allowed over their house and Olga was not. (A puertorican over here? his mother scoffed. Jamás!) His logic as close to the yes/no math of insects as a nigger could get. He broke up with Olga the following day on the playground, Maritza at his side, and how Olga had cried! Shaking like a rag in her hand-me-downs and in the shoes that were four sizes too big! Snots pouring out her nose and everything!

Reprinted from The Brief Wondrous Life of Oscar Wao by Junot Diaz. By arrangement with Riverhead Books, a member of Penguin Group (USA), Inc. Copyright © 2008 by Junot Diaz. 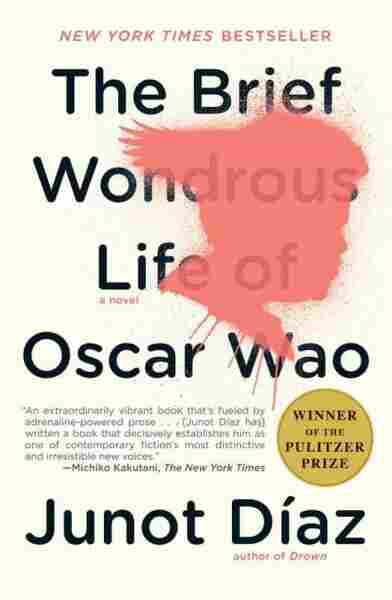