Accessibility links
Lucinda Williams: Roots-Rock and Raw Nerves The daughter of a literature professor and blues enthusiast, Williams had been marked to write powerful songs about strong characters right from the beginning. Hear an interview and in-studio performance with the roots-rock songwriter from WFUV's Claudia Marshall. 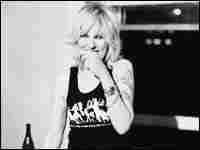 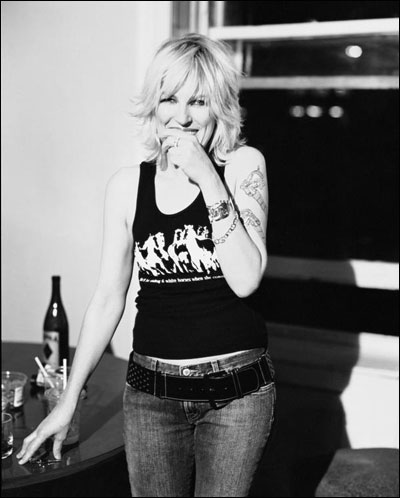 Hear the Music, Skip the Talk

Lucinda Williams was nervous. She was anxious about playing a major gig at Radio City Music Hall that night, and couldn't even decide which songs to play in this rare radio interview. Sitting behind a music stand with a big, black binder full of songs, she paged through her book, reminisced about this song and that — and, after a fashion, started to open up about everything from her songwriting process to her wedding plans. It was a truly remarkable session.

The daughter of a literature professor and blues enthusiast, Williams had been marked to write powerful songs about strong characters right from the beginning, especially after hearing Bob Dylan's Highway 61 Revisted. She began as a folksinger with traditional songs and originals, and her young talent attracted the attention of the Smithsonian Folkways label. Major-label interest waxed and waned, but it was the generally punk-driven Rough Trade that released the self-titled album that helped her win a cult following in 1988. Its synthesis of country, blues, folk and rock was a boon to roots-rock fans, but radio still couldn't find a place for her.

Williams continued to release albums intermittently, each one flirting more and more with mainstream recognition. Artists like Mary Chapin Carpenter, Emmylou Harris and Tom Petty covered her songs as anticipation grew for new material. Many producers, back-up bands, label contracts and re-recordings later, Car Wheels on a Gravel Road was finally released to near-universal acclaim, and won a Grammy for Best Contemporary Folk Album in 1998. Williams has since won two more Grammy Awards and recorded four albums, the most recent of which is this year's West.

New York City's WFUV features a wide mix of new and established artists. Its live stream, archives and podcasts can be heard at wfuv.org