Accessibility links
Image Slows New Orleans' Economic Recovery Signs of revitalization abound in New Orleans these days, but serious issues linger. Two years after Katrina, New Orleans is doing its best to lure businesses to the city, but the city's image problems are still scaring many people away. 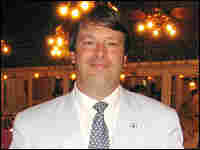 Melvin Rodrigue, of Galatoire's restaurant in New Orleans' French Quarter, says when he travels, outsiders have the wrong impression of how the city is faring, two years after Katrina. Jim Zarroli, NPR hide caption 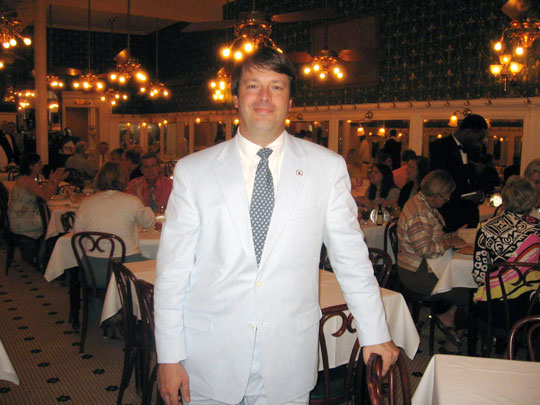 Melvin Rodrigue, of Galatoire's restaurant in New Orleans' French Quarter, says when he travels, outsiders have the wrong impression of how the city is faring, two years after Katrina.

Everywhere you go in New Orleans these days, you see signs of revitalization.

Houses are being rebuilt. Hotels are being reopened. But the reconstruction masks some lingering problems for the city's economy.

Two years after Katrina, New Orleans is doing its best to lure businesses to the city, but the city's image problems are still scaring some people away.

Frankie and Johnny's has been selling furniture on St. Claude Avenue since 1971. It's one of the few stores that have come back to the neighborhood since Katrina.

But business is down 40 percent. Johnny Treppani says that only about 30 percent of the people in the surrounding neighborhood have returned, and many houses have been abandoned.

The story is similar throughout the region. Half of New Orleans publicly traded companies have left the city since Katrina. Health care and higher education have taken big hits.

Tourism is faring slightly better, partly because popular attractions like the French Quarter were spared flooding.

But Melvin Rodrigue of the landmark Galatoire's restaurant says negative publicity has made it hard to attract major conventions and cruise ships.

"I do quite a bit of traveling, and I regularly get asked, 'What about the standing water?'" Rodrigue says. "There is no standing water; there hasn't been any since the end of 2005."

But if overall economic activity is down, there also are some surprising success stories.

When Katrina struck, Eric Morgan knew his media-buying firm would lose business; one of his clients — a casino boat — actually sank in Lake Pontchartrain.

But Morgan has added plenty of new clients, such as construction and home-furnishing companies that are capitalizing on the rebuilding boom.

His only problem these days? Recruiting employees. People don't want to move to New Orleans because of the perception that the city is still "down and out," Morgan says.

To economist Tim Ryan, the chancellor of the University of New Orleans, what's happening in the area is a tale of two cities.

Billions of dollars in government aid and insurance money are pouring into the city. Ryan says that has created a shortage of workers in fields such as construction and home repair — jobs that are often off the books.

He also notes that there is tremendous economic activity, but it's not necessarily in the same industries as before the storm.

The real challenge facing New Orleans now, Ryan says, is to create the kind of sustainable economy that will last after the rebuilding money has been spent.