Accessibility links
Amid Racial Tension, an Actor Finds His Voice Changing high schools can be a big blow for a teenager, but Ricardo Pitts-Wiley also had to deal with the racial backlash of desegregation in 1960s Michigan. Then he found his professional calling and peace in an unexpected place: a Shakespeare play.

Listen
Amid Racial Tension, an Actor Finds His Voice 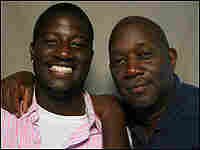 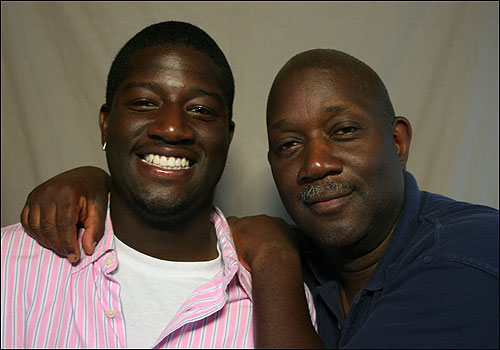 Ricardo Pitts-Wiley was a teenager in Michigan when he transferred to a new high school in the years of school desegregation in 1968.

Now Ricardo is an actor, and has worked as a director and writer for the past 35 years – a calling that came to him in the midst of the civil rights era and high racial tension. He speaks with his son, Jonathan, in Providence, R.I.

Ricardo got bussed to a high school during his sophomore year — from a school with a large black population to a school where African-Americans made up only 2 percent of the student body.

"It was awful, just awful," Ricardo says. "Even though I always thought I had intelligence, I never felt like I wanted to even try to want to use it there. So I did just enough to get by."

During Ricardo's junior year, one of his teachers cast him in the play, Romeo and Juliet.

On opening night, Ricardo went out on stage with a fake beard and a big, floppy mushroom hat that the director's wife had fashioned from upholstery fabric. The audience burst into laughter.

"And what could have been a crushing moment in my life really was just something different," Ricardo says. "I said 'No, I'm not going to give in.'"

Ricardo says he had a squeaky voice at the time and begged for the voice and spirit of Brock Peters, an actor most commonly known for his role as Tom Robinson in the film adaptation of the novel by Harper Lee, To Kill a Mockingbird.

"I always loved his voice, Brock Peters," he says. "All those muscles and everything, he was like a black man with a big voice and muscles...and bad. And I said 'I need that voice, Brock,' and he sent it to me."

Ricardo says a voice came out. He was playing the role of the prince — not a big part.

"And after that opening scene, when I walked offstage I said, 'That's it, this is what I'm going to do for the rest of my life.'"

Produced for Morning Edition by Michael Garofalo and Katie Simon.