Accessibility links
Author Had Rare Access to Bush for 'Dead Certain' Robert Draper, author of the new book Dead Certain: The Presidency of George W. Bush, had unprecedented access to the president and his immediate circle, including six interviews with him in 2006 and '07.

Listen
Author Had Rare Access to Bush for 'Dead Certain'

There are some perhaps unintended bursts of candor from President Bush in the new book Dead Certain: The Presidency of George W. Bush. Mr. Bush told author Robert Draper, for instance, that the administration "didn't spend a lot of time planning" for widespread sectarian violence in Iraq.

The president said he believed post-war violence would be minimized by removing Saddam Hussein and by "the idea of people being in a position to be kind of free — the universality of freedom concept."

Draper was granted rare access to the president — six interviews, each about an hour long, between December 2006 and May 2007.

Draper, also a national correspondent for GQ magazine and formerly a reporter for Texas Monthly, talks with Melissa Block. 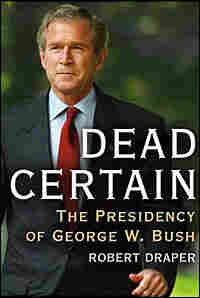 In this excerpt from Dead Certain, author Robert Draper describes the aftermath of the 2006 midterm elections and the ouster of Secretary of Defense Donald Rumsfeld.

As the first senior staffer the president saw each morning, Josh Bolten had made it a habit to greet Bush with a formal show of gratitude: "Thank you for the privilege of serving today." Bush usually grunted something halfhearted in reply.

On the morning after the election, Bolten upped the ante. "Thank you for the privilege of serving," he said. "Even today."

The routing of the GOP was not an unexpected development at the White House. Weeks before the election, [Dan] Bartlett, [Karl] Rove, Bolten, [Joe] Hagin, and Joel Kaplan had convened to prepare for the worst. Bolten, as always, pushed for the president to hold a press conference, as a public show of sportsmanship. What few others knew at the time was that Bush would show what a sport he was in rather dramatic fashion.

He would hand Democrats the head of Donald Rumsfeld.

The defense secretary's unpopularity inside Bushworld was almost as fervent as it was outside of it. His cavalier quips (referring to the insurgents as "a few dead-enders," for example) had infuriated the communications shop. Though he had regularly dined with CIA director George Tenet, Rumsfeld openly disapproved of the agency's human intelligence capability — to the point of studying the National Security Act of 1947 to see if he could justify seizing control of the CIA during wartime. Rumsfeld waged bureaucratic war on so many fronts that NSC and State Department staffers could not hope to compete against him. No detail was too petty for Rummy, who daily issued dozens of memos he called "snowflakes" (for their blizzard-like volume) to his frazzled subordinates. At the same time, by 2005 the legendary micromanager had grown noticeably detached from Iraq policymaking, even as he refused to yield an iota of sovereignty.

Mehlman advised Bush to fire Rumsfeld. The president asked for a show of hands on the matter. Keeping Rumsfeld onboard: The president raised his hand. So did the ever-cautious Hadley. So did Rove, who thought it was a mistake to invite a confirmation hearing for a new defense secretary amid the midterm campaign. So did Bartlett, who shared with Bush the concern that dumping Rumsfeld now would make it appear that the administration was acquiescing to the Rummy-must-go sentiments expressed on April 12 by retired Major General John Batiste and on the following day by retired Major General Charles Swannack. ("My reaction," Bush would recall of the so-called Generals' Revolt, "was, 'No military guy is gonna tell a civilian how to react.' " White House aides who had hoped to see Rumsfeld fired had predicted glumly that the retired generals' remarks would prompt exactly that response from the boss. As one of them would lament, "The moment someone would say 'Fire Donald Rumsfeld,' Donald Rumsfeld would get a new lease on life.") Mehlman, Card, Bolten, Karen, Gillespie, Rice, and Spellings voted the other way. That made it 7–4 for dismissing Donald Rumsfeld.

But Bush's vote was the only one that counted. Rumsfeld stayed on throughout the 2006 campaign season, a potent symbol of intransigence for the Democrats that was sure to cost the GOP in November. Even though Bush understood this and was himself privately acknowledging Rumsfeld's liabilities to his closest aides, he'd made up his mind: no dismissals during the election cycle. To fire Rumsfeld would be to publicly repudiate a strategy that was still playing itself out on the streets of Baghdad.

Even Rumsfeld had come to believe that the strategy wasn't working. He told Bush that progress in Iraq was not going "well enough or fast enough" — a subtle encapsulation that Josh Bolten wrote down and encouraged the president to use on the campaign trail, that he might otherwise appear out of touch with what the public was seeing on its TV screens. (Months later, Rumsfeld would commit that phrase to print in a November 6 classified memo that was eventually leaked to the New York Times.) He began to send signals that a shift in strategy might understandably warrant a change in personnel.

The wily Rumsfeld read the writing on the wall. His doctrine of a smaller, stealthier military had been an appealing concept to Bush. But its application to Iraq had helped give rise to the current mess. Administration aides like Rice's counsel Philip Zelikow and Hadley's Iraq expert Meghan O'Sullivan had seen this coming. The deficiencies in the Coalition's fleet, they'd both concluded, had made it possible for the militias to amass power.

When asked if Bush felt in any way ill served by Rumsfeld, or if he believed that Rumsfeld had made crucial mistakes, the president responded both times, "No." He added, "See, every decision's mine." Bush took umbrage at the assertion that he had been deferential to Rumsfeld on the details, saying, "Look, I know what questions to ask. I'm in the sixth year of my presidency. We've already been through one war together." But Bolten, for one, had come to believe that Bush's interactions with the Pentagon in general and Rumsfeld in particular fell short of hands-on and needed to be changed. The chief of staff wondered if Casey and Abizaid's reluctance to ask for more troops from the president bespoke a hesitancy to challenge their superior's doctrine. Challenging Don Rumsfeld's wisdom or sovereignty — not a smart move. 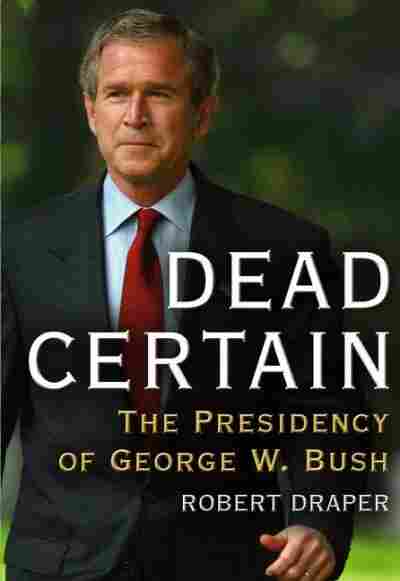 The Presidency of George W. Bush