Accessibility links
'Fifth Beatle' Pete Best's 'True' Story The first drummer with The Beatles, Pete Best, has written a book about his time with the band, The Beatles: The True Beginnings. In an interview with Terry Gross, Best discusses the story of The Beatles in Liverpool.

Pete Best was the drummer for The Beatles in their early days in Liverpool and Hamburg. His mother, Mona Best, was the owner of The Casbah Coffee Club in Liverpool. 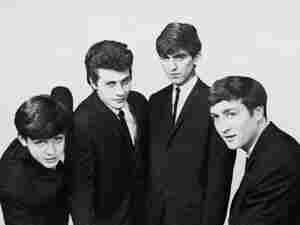 The various early incarnations of The Beatles played The Casbah more than 90 times.

Best has just co-written a large-format book, The Beatles: The True Beginnings. Today he writes, records and tours with his own group, The Pete Best Band.