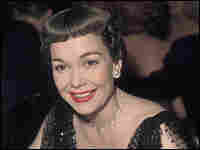 Oscar-winning actress Jane Wyman, pictured at a 1950 gala, has died; she was in her early 90s. Wyman and fellow actor Ronald Reagan, pictured below ice-skating together in 1945, were married from 1940 to 1948. Jack Albin/Hulton Archive/Getty Images hide caption 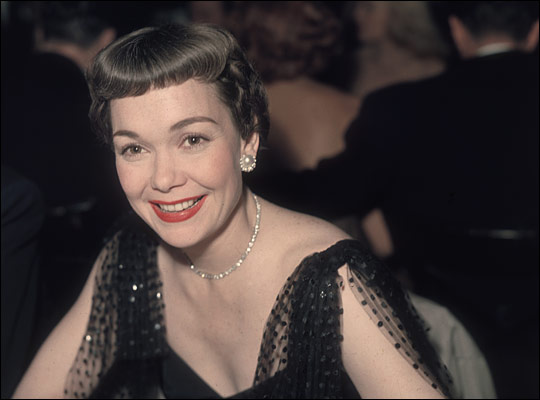 Oscar-winning actress Jane Wyman, pictured at a 1950 gala, has died; she was in her early 90s. Wyman and fellow actor Ronald Reagan, pictured below ice-skating together in 1945, were married from 1940 to 1948. 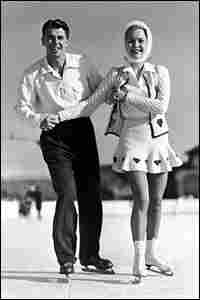 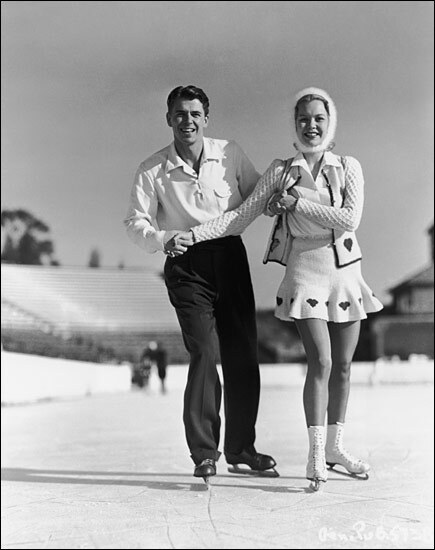 Wyman's Oscar win was for her performance in 1948's Johnny Belinda, as a deaf girl raped by a local bully. These two clips suggest the subtlety that led Oscar voters to award her the trophy.

Actress Jane Wyman — a Hollywood staple for several decades and married to Ronald Reagan in the 1940s — has died. Accounts of her age varied, though she was in her early 90s.

She was tall, slender and blond when she and Reagan met. He was tall, dark and handsome. They were both under contract at Warner Brothers, starring in the 1938 comedy Brother Rat. Soon they were Hollywood's Golden Couple, said Edward Z. Epstein, who co-wrote a Wyman biography.

"They were on all the fan-magazine covers," Epstein said. "He was in his Army uniform and she was in her Hollywood get-up, a fur stole and a smile. That's how they went to the premieres. They were the perfect couple."

Wyman was born in St. Louis and early on proved to be a talented singer and dancer. After her father, a civil servant, died when she was a teenager, Wyman moved to Hollywood. She appeared in the chorus in a handful of movie musicals, then a slew of B movies.

But in 1947 she was nominated for a best-actress Oscar for The Yearling.

Her real breakthrough came the next year, when she played a deaf girl from a small Nova Scotia town in the 1948 movie Johnny Belinda. A local doctor takes interest in her and teaches her sign language — but then Belinda is brutally raped.

Jane Wyman was in her 30s when she played the teenaged Belinda. Film historian and critic David Thomson said it's still a stand-out performance for what Wyman did with her eyes.

"This girl's soul was naked through the eyes," Thomson said. "And she does a very concentrated performance. She trusts that the action is playing to her all the time, and all she has to do is keep her eyes open and let the idea of these horrible things happening to her come through and the audience is going to adore her. And of course that's what happened."

Wyman received an Oscar for her performance in Johnny Belinda. Around that time, she divorced Ronald Reagan.

"He was crazy about her, and he was devastated when she divorced him," Epstein said. "That happened as it always does with Hollywood stories, as her career went through the roof and his was languishing."

Years later when her ex-husband ran for president, Wyman never spoke to the press about their marriage. She preferred to keep those details private. She did, on the occasion of his death, say that "America has lost a great president and a great, kind and gentle man."

Wyman had a second career in TV in the 1980s, as the conniving matriarch in the prime-time soap opera Falcon Crest, which ran for nine seasons on CBS.

She was that rare Hollywood actress who could do a little bit of everything — and did, playing parts from the wise-cracking sidekick to the musical-comedy ingenue to the tragic, romantic lead.