Accessibility links
Handful of GOP Senators May Swing Iraq Debate Crucial to whether Gen. David Petraeus' Iraq assessment lands with applause or a thud are eight Senate Republicans who broke ranks with President Bush over the summer. All eight hail from states where the war is unpopular; half face tough re-election bids in 2008.

Gen. David Petraeus will offer the second day of testimony on progress in Iraq on Tuesday to two Senate committees. Petraeus' task is two-fold, and neither outcome is in his control. He needs to assure the country that the Bush strategy in Iraq is working, and in doing so, he has to keep restless Republican lawmakers from deserting the president.

While Petraeus insists that he is independent of the White House — he made a point of that in Monday's testimony before a House committee — ultimately, he and Mr. Bush share the same goal.

Some of what Petraeus had to say on Monday was encouraging; gains are being made in Anbar province, for example. But with the 2008 elections just around the corner — and mindful of the drubbing the party got in 2006 — at least eight Republicans may not be willing to wait for more substantive progress to be made. All eight hail from states where the war (and President Bush) remain highly unpopular; at least four of them face serious challenges to their re-election bids next year: 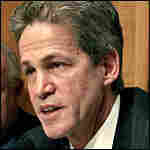 Sen. Norm Coleman (MN): Coleman had once been an enthusiastic backer of Bush. But as the public's views of the war turned sour, so did Coleman's polling numbers. Coleman narrowly won his seat in 2002, following the death of Sen. Paul Wellstone (D-MN); he is perhaps the most endangered Republican up for re-election in 2008. Coleman, who in an earlier political life was a liberal antiwar Democrat, has taken note of his precarious position and distanced himself from the Bush administration's war policy. 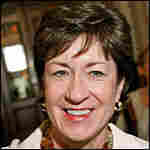 Sen. Susan Collins (ME): A moderate Republican, Collins voted with most Republicans to authorize Bush to go to war against Iraq. But Collins, who sits on the Senate Armed Services Committee, voted to open debate on a bill opposing Bush's troop surge. In her re-election bid she will face Rep. Tom Allen, who is a vocal opponent of the war, in a state that leans Democratic. 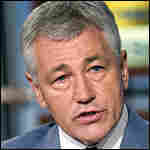 Sen. Chuck Hagel (NE): Hagel may not be seeking a third term, but he remains an influential lawmaker on war issues. He is one of the strongest GOP critics of Bush's Iraq policy and one of the few in his party who has signed off on pulling U.S. troops out by next spring. But as a potential candidate for re-election, he never pulled punches with how he felt about his president and his party. Unencumbered by election pressures, he may be even more willing to dump the GOP playbook. 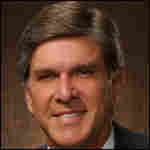 Sen. Gordon Smith (OR): Earlier this spring, Smith was the only Republican who voted for a binding resolution sponsored by Senate Majority Leader Harry Reid (D-NV) mandating a timetable for withdrawal from Iraq. A moderate conservative, Smith has long been on a list of vulnerable Republicans for next year, though most of Oregon's "big name" Democrats have shied away from challenging him. Nonetheless, he is hardly home free, and he could face opponents from both parties. 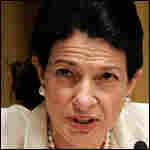 Sen. Olympia Snowe (ME): Snowe, a respected moderate, was one of the first senators to call on Bush to withdraw troops from Iraq. Her independence has given fellow Maine Republican Susan Collins some cover in a state that seems to like centrist Republicans, but which is decidedly antiwar. She is not up for re-election. 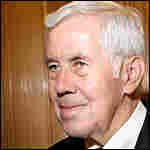 Sen. Richard Lugar (IN): Another respected voice on foreign policy, Lugar has generally supported the Iraq war. But he broke ranks with President Bush in July, when the senator criticized the troop "surge" policy in a floor speech. The speech has been cited as a remarkable dissent from a usually reliable GOP foot soldier. Political expediency cannot account for Lugar's stance on Iraq: He won a sixth term last year without a Democratic opponent, the only time that has happened in Indiana history. 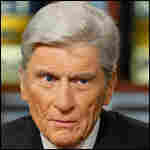 Sen. John Warner (VA): Warner, former chair of the Senate Armed Services Committee, introduced a proposal requiring that the Bush administration present an exit strategy plan to Congress by mid-October. Warner later called on Bush to begin bringing U.S. troops home from Iraq by Christmas. One of his party's most respected voices on military matters, the 80-year-old Warner has announced that he will not seek a sixth term. 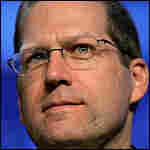 John Sununu (NH): Sununu was elected to the Senate in 2002, which must seem like a lifetime ago. Last year, New Hampshire underwent one of the greatest Democratic revivals in the history of the state: Its governor won re-election by a record margin, both Republican House members were defeated, and the state legislature went Democratic for the first time in a century. Though Sununu has generally voted with his party on Iraq, last winter he began questioning Bush's war policies; ultimately, he voted for a resolution that would create benchmarks for progress and conditions for further economic aid for Iraq. Polls currently show a potential Democratic challenger, former Gov. Jeanne Shaheen, with a sizable lead over Sununu.

With additional reporting by Heidi Glenn.