Accessibility links
Scholar Recalls Captivity in Iranian Prison During more than 100 days in an Iranian prison, Iranian-American scholar Haleh Esfandiari spent the time in virtual isolation writing a book in her head about her grandmother. She says that she is "disappointed in Iran, [but] I'm not angry at it." 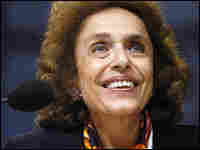 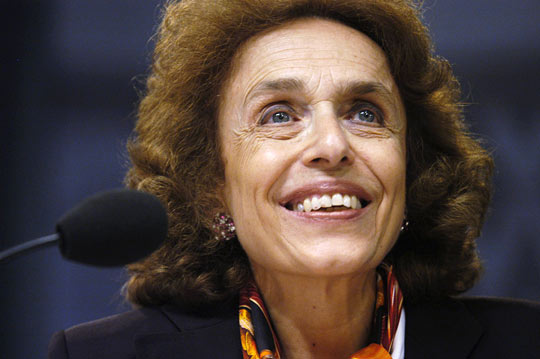 Haleh Esfandiari, director of the Middle East program at the Woodrow Wilson International Center for Scholars, speaks during a news conference, Sept. 10, 2007, in Washington, D.C.

In the NPR interview, Esfandiari says a decision to talk with America must come from the highest levels in Iran.

In her news conference, Esfandiari describes how during her captivity she was allowed to borrow books belonging to Kian Tajbakhsh, an urban planning consultant who is still detained in Iran.

Read a Timeline of Esfandiari's Captivity

Iranian-American scholar Haleh Esfandiari was held for more than 100 days at Tehran's Evin Prison. On one of those days, she walked onto a terrace outside her prison cell.

"I saw a white butterfly and I thought to myself, 'OK, I'm stuck here. What are you doing here?'" she recalled Monday.

Esfandiari was released from prison Aug. 21, and returned to her home in Maryland last week. For more than three months, sometimes eight hours a day, interrogators grilled Esfandiari, asking about conferences she sponsored. But on Monday, she told reporters she was neither mentally nor physically mistreated.

In an interview with Steve Inskeep in her office at the Woodrow Wilson International Center for Scholars, she said she was "disappointed in Iran, [but] I'm not angry at it."

"I'm angry because I wasted eight months of my life. And when you are 67 years old, eight months is a long time. I was very much disappointed that they misunderstood what I did at the Wilson Center. That bothered me."

"They thought by organizing conferences abroad, or by arranging workshops for [women's organizations] especially, the United States and other governments wanted to empower these groups and thus create a regime change," Esfandiari said.

She said she was "absolutely not" organizing a revolution in Iran, but she wondered whether the Iranian government was so fragile that it couldn't tolerate an open debate.

"That was my question to them ... ," Esfandiari said. "I said, 'You are a strong government. You are a government with so much power and authority in the region. Why can't you tolerate workshops for women? Why can't you accept an exchange of scholars? Or why can't your university professors go abroad and take part in a conference?'"

At the Iranian prison, Esfandiari was held in a room the size of her Washington office. She was provided a folding table that served as a desk, where she could sit and read, write and eat. She was given six blankets. She slept on them at night and used them as a step to exercise during the day.

To pass the time, she wrote a book, a biography of her Iranian grandmother.

She memorized it rather than writing it down because she thought she'd have to show it to her interrogators.

Writing the book was a way to get her mind off her captivity.

Iranian authorities now hold the deed to her 93-year-old mother's apartment in Tehran as bail. But Esfandiari said she does not expect to face formal charges.