Accessibility links
Eclectic Keyboardist Joe Zawinul Dies at 75 Over a 60-year career, Zawinul embraced many types of jazz, but came to define the style known as jazz-fusion with his influential band Weather Report, and its 1977 hit "Birdland." Zawinul died of cancer early Tuesday. 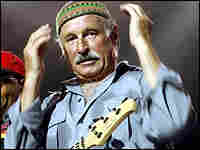 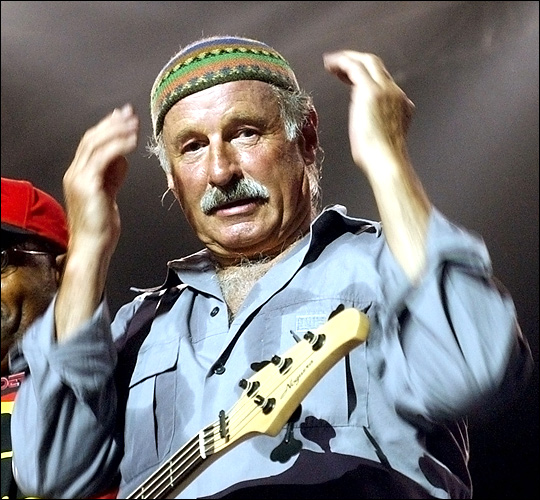 Joe Zawinul, with his trademark crocheted skull cap, in concert in Marciac, France, in 2002.

From NPR's 'JazzSet,' Joe Zawinul performs onstage at the North Sea Jazz Festival in the Netherlands with the WDR Big Band from Germany and a special international rhythm section. 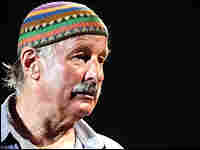 Joe Zawinul helped bring the volume, distortion and electronics of rock into jazz through his work with Miles Davis and the group Weather Report.

Zawinul died of cancer early Tuesday morning. He was 75.

What came to be called jazz-rock fusion drew howls of protest from purists. But it also drew praise from others for broadening the audience for jazz.

"For a white Viennese boy to write a tune that's that black is pretty remarkable," Hancock says. "He just captured the essence of the African-American heritage, just the statement of melody and feeling of that song. Clearly, in some past life, Joe must've been black."

Zawinul may have had the instincts of a jazz musician, but he also worked at it. He came from a poor Viennese family. His twin brother died when he was 4. He learned to play the accordion when he was 6, was accepted in the Vienna Conservatory and wound up at Boston's Berklee College of Music in 1958. He didn't stay long: He was hired away by Maynard Ferguson, landed a job with singer Dinah Washington, and then joined Adderley's group.

Eventually, Zawinul wanted to find his own sound. The electric keyboard he used on "Mercy, Mercy, Mercy" pointed toward his future. He went on to compose "In A Silent Way," the title track for one of Miles Davis' earliest experiments in electronics.

In 1970, Zawinul, with saxophonist Wayne Shorter, founded Weather Report, a group that had a dramatic impact on jazz. The band stormed concert halls at a time when rock had driven mainstream jazz to the margins.

Alex Acuna played percussion with the band. He says Shorter and Zawinul had a specific vision about where they wanted to go with their music.

"The vision was to make a band that makes music with all the sounds that the world generates," Acuna says.

Acuna stayed close to Joe Zawinul over the years, and also played with Zawinul in his later group, the Joe Zawinul Syndicate. Acuna says Zawinul was a big fan of sports, especially boxing. He had a reputation for being gruff, but Acuna says he was just honest and direct. And musically, he didn't like to repeat himself.