Listen
Jodie Foster Finds Dark Side in 'Brave One' 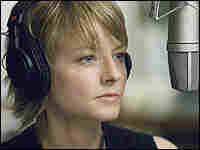 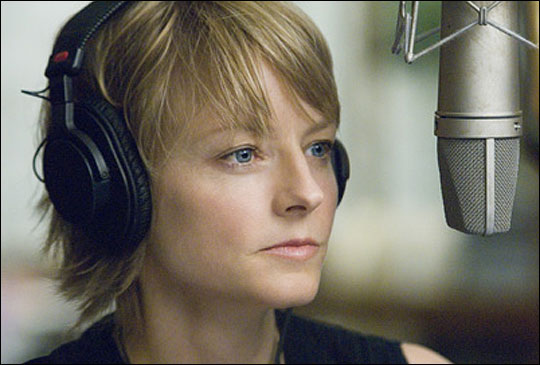 Jodie Foster plays a public radio host in the pychological thriller "The Brave One."

In her new movie, The Brave One, Jodie Foster plays a character with an unlikely dual role: a public radio host and a vigilante.

Foster's character, Erica Bain, is a New York radio host who creates intimate sound essays about the city that she loves — a city that she says is "disappearing before her eyes." Bain's fiance is killed when they are brutally attacked while walking their dog. Bain's response: She gets a 9 millimeter handgun and takes the law into her own hands, mowing down predators all around the city.

In an interview with NPR's Melissa Block, Foster discusses her role and what it means to play a sympathetic dark character, blurring the ethical lines by meting out her own form of justice.

"As an audience member, you're asked to progress on this journey ... with her," Foster says of her character. "It makes you cheer in places that you wished you hadn't. It kind of taps into this very true, very authentic, very human, but also very shameful side of us."

Foster says that she enjoys the creative process, which allows her to assume roles and emotions she doesn't explore in her everyday life. By playing Bain, she could feel the power of a woman accessing her own rage — instead of turning it inward. It is that rage that confounds detectives who are trying to piece together the crimes. At first, they don't think a woman would commit those acts.

"Women hurt themselves. They drink themselves to death. They take abuse and rage and they turn it inwards," Foster says. "They hurt people they love."

Foster says she loves playing characters in dark dramas. Acting in The Brave One was "rich" and "exciting," she says, and it allowed her to explore the transformative process of a woman claiming her own rage.