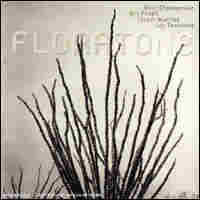 Two years ago, jazz guitar Bill Frisell and drummer Matt Chamberlain spent a few days free-associating in the recording studio. Their extemporaneous jams were then sampled, cut up and mixed together to create an unusual album project called Floratone.

Floratone started with flashes of improvisation, two musicians riffing live and unscripted in the studio and when those jam sessions ended, the veteran producers Lee Townsend and Tucker Martine got busy. After some cutting and pasting, looping and rearranging, the initial sparks grew into thick, overgrown, multi-layered grooves. Traces of blues and funk weave through echoes of Jamaican dub and flashes of jazz anarchy.

Once the framework of a tune was in place, Frisell and Chamberlain returned to the studio to add simple melodies and more layers. Townsend says the goal was to build around those spontaneous ideas, surrounding them with the wondrous atmospherics of electronic music. Floratone got that and more: This is some of the most vital and exciting guitar work Bill Frisell has ever committed to tape.

Listening to these unlikely swirls of sound is almost like the beginnings of some exotic new language, rising like steam from a swamp. They're like nothing else. Some old school jazz musicians will probably scoff at the way Floratone was made, but it's some of the most riveting instrumental music to emerge this year.