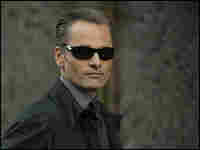 David Cronenberg's follow-up to A History of Violence involves a Russian chauffeur (Viggo Mortensen) who doubles as an undertaker for the mob, a London midwife (Naomi Watts), an infant born of rape, an incriminating diary and a kindly old restaurant owner (Armin Mueller-Stahl) who is not remotely what he seems.

It also includes a number of grisly assassination attempts by members of the vory v zakone — otherwise known as the Russian mafia — all filmed with harrowing realism by longtime Cronenberg cinematographer Peter Suschitzky.

One struggle to the death between a nude Mortensen and two black-clad, knife-wielding thugs in an old London bathhouse is almost operatic in its violence. Cronenberg fans will be elated.