Accessibility links
Maria Callas, The Legend Who Lived for Her Art Opera superstar Maria Callas died 30 years ago Sunday, at age 53. But you'd hardly know she was gone, judging from the steady stream of releases from her record company. It's a testament to the continuing appeal of a great artist.

Listen
Maria Callas, The Legend Who Lived for Her Art 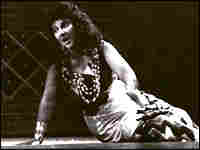 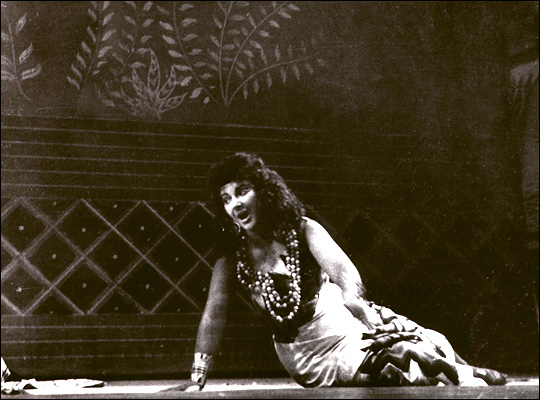 Hear the soprano in some of her most thrilling moments on record.

Callas talks about her struggle for fame

Her singing was visual 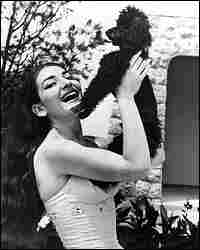 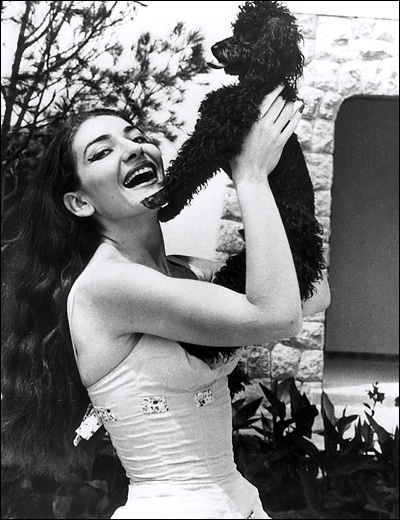 Callas with her poodle, named "Toy." 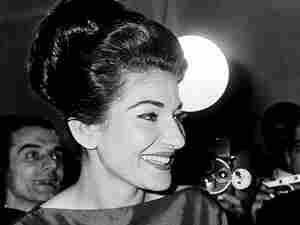 Callas led a glamorous lifestyle, but what mattered most to her was her art. M. Pevsner hide caption

Opera star Maria Callas died 30 years ago Sunday. But you'd hardly know she was gone, judging from the stream of CDs flowing from her record company. There's even a new 70-CD box set out this month to commemorate the soprano's passing.

All of the reissued music is a testament to an artist who lived, and possibly even died, for her art.

Vissi d'Arte, Vissi D'amore. In Italian it means, "I lived for art, I lived for love." Those words, from Puccini's Tosca, could have been an epitaph for Maria Callas.

With her vivid interpretations, Callas succeeded brilliantly at living for her art. Soprano Aprile Millo once said, "Listening to Callas is like reading Shakespeare: You're always going to be knocked senseless by some incredible insight into humanity." Millo also called Callas a "huge bonfire," referring to her explosive performances, but also to the fact that Callas burned white hot, then fizzled out, with a voice left in tatters while she was still in her 40s.

As far as living for love, well, Callas was much less successful in that role. A meaningless marriage ended in divorce, and the small taste of love she did find with shipping mogul Aristotle Onassis soured when he dumped her for Jackie Kennedy.

The only love Callas really knew, it seemed, was the stage. Her relationships were with her characters. Callas breathed fierce drama into roles like Tosca, Madama Butterfly and a troubled but strong-willed Druid priestess named Norma. (audio)

For ages, roles like Norma were prime territory for twittering sopranos who could hit all the high notes, but missed most of the drama. Callas pumped life's blood into these characters, giving them hearts, minds and even souls. Veteran critic John Steane says you needn't have seen the great Callas on stage; the proof is all right there, on the shiny silver discs.

"What we have on the records is an incomparable richness of this fusion of singing and characterization," Steane says. "You actually do see her act; you do see her as it were on the stage. The sound of her singing was visual."

Even as a teenager, Callas was passionate about learning opera. She sang complete roles at the Athens Conservatory where she studied. Her professional debut came in 1941, at the tender age of 17.

What followed was a legendary, but relatively short, career. Callas made her final stage appearance as Puccini's Tosca, in 1965.

As Callas's voice diminished, so did her zest for life. In the end, she lived as a recluse in her Paris apartment, increasingly dependent on the sleeping pills that may have caused the heart failure that ended her life 30 years ago Sunday.

Callas remains controversial. Even today, opera buffs argue over the finer points of her voice, its defects and why it came unraveled. But most agree that her genius far outweighed a wobble here or there.