The Apples in Stereo in Concert

The Apples in Stereo in Concert 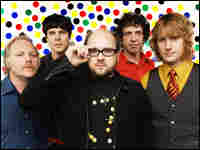 The Apples in Stereo. hide caption 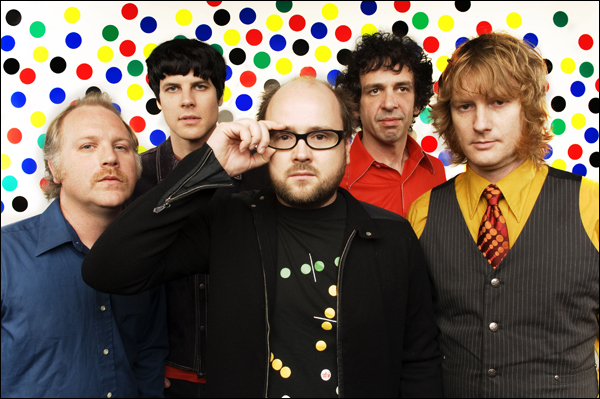 The Apples in Stereo. 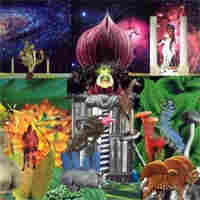 Download a copy of this concert with the All Songs Considered podcast. 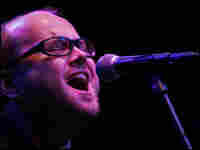 The Apples in Stereo, performing at the 9:30 Club in Washington, D.C. Joel Didriksen for kingpinphoto.com hide caption

Can You Feel It? 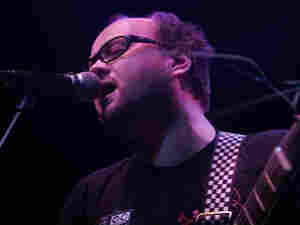 The Apples in Stereo first emerged in the early '90s as part of the Elephant 6 collective, a group of musicians with a shared love of lo-fi, neo-psychedelic rock. Fifteen years later, the collective has disbanded, and flagship bands like Olivia Tremor Control and Neutral Milk Hotel have stopped releasing new work. But The Apples in Stereo's members play on, returning with one of 2007's most inspired and ambitious recordings. The band showcased selections from New Magnetic Wonder in a full concert, webcast live on NPR.org Sept. 19, 2007.

With two dozen trippy, fuzzed-out tracks, New Magnetic Wonder offers a brightly colored romp through swirling sonic landscapes. Half of its songs are full-length psychedelic rock and power-pop gems, while the other half consist of shorter, experimental segues between tunes. The Apples in Stereo's members returned to some of their earlier recording techniques for the album, including handheld analog tape machines. Frontman Robert Schneider says some of the songs were "recorded live into a single microphone, just the way we used to do it in high school. Then we added 10 tracks of us laughing and singing and just goofing off."

New Magnetic Wonder is The Apples in Stereo's first new album in five years, and Schneider says it wasn't easy putting it together. "Finishing this record took every joule of energy I had," he says. "There were so many different sounds and ideas bouncing around in my head, and such strong feelings to get across. This time, I wanted to make a record that really meant something, that felt life-affirming and real."

Obsessed with mathematics, Schneider sought to break new ground with New Magnetic Wonder by inventing a new scale, calling it the "Non-Pythagorean Music Scale." Using what he calls "mathematical equations based on the properties of natural logarithms," Schneider replaced the standard 12-tone scale with "a completely new set of frequencies (which) add according to a different algebra from the traditional, rational pitches. Music theory in this scale has not yet been worked out."