Accessibility links
Bela Bartok: Finding a Voice Through Folk Music Every young composer searches for a unique voice. Conductor Marin Alsop says Bela Bartok found his in the hills and villages of rural Hungary. The songs he collected from peasants infused the spirit of his music.

Bela Bartok had a breakthrough moment in his early 20s, when he heard a peasant woman singing folk songs. From that point on, he collected, recorded (on an Edison phonograph) and notated hundreds of songs from small villages in rural Hungary and Romania. His work preserving the music of those cultures had a profound influence on his own compositions.

Conductor Marin Alsop discusses Bartok and the profound influence the Hungarian composer has had on her career.

Breaking Through to Bartok 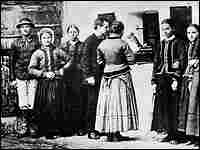 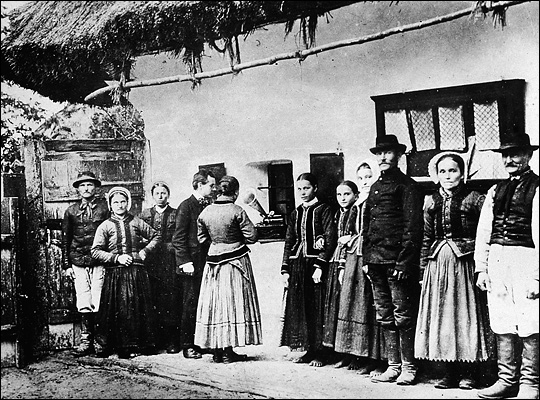 The folk music from Hungary and Romania that Bartok collected and preserved infused the spirit of his own compositions.

Hear some of the Hungarian composer's major works. 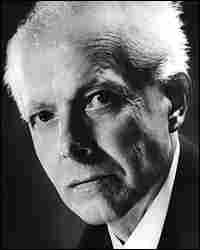 Hungarian composer Bela Bartok continues to be one of history's most misunderstood composers. Even in 2007, the suggestion of programming Bartok's music in concert is routinely met with hand-wringing and worries of not being able to fill the seats in the hall.

The problem, I think, is a testament to Bartok's striking individuality and innovative musical voice. Bartok created a unique sound world of exotic mystery which sounds as imposing, even dangerous, today as it did in the early 20th century.

In 1904, when Bartok was in his early 20s, he heard a peasant woman singing indigenous folk songs. The experience triggered an "Aha!" moment for Bartok. He became obsessed with tracking down original folk tunes from tiny villages in Hungary and Romania. Together with fellow composer Zoltan Kodaly, Bartok recorded, notated and collected thousands of original tunes, ultimately preserving an entire culture. Bartok's discovery of these folk songs would be the defining factor in the development of his unique style and voice.

The best known of all his folk-related compositions are the Romanian Folk Dances. (audio)

When Bartok combined the unique harmonies and rhythms of these songs with his penchant for odd—sometimes even perverse—story lines, the result was shocking. And some of the music still gives me a jolt today.

Consider the opening of the suite from Bartok's 1926 ballet, The Miraculous Mandarin (audio). The angry scales played by the violins and the spitting woodwinds immediately send us to a foreign and frightening place. It's the perfect set-up for the story of three shady characters who lure people up to their room to beat and rob them.

Later, the hooligans try robbing the Mandarin. There's a weird dance and a chase scene before they try to kill him. But nothing—neither strangling nor suffocation—works. The Mandarin just stares at them with eyes of fire.

Finally, overcome with compassion, one of his tormentors touches the Mandarin, and his wounds begin to bleed and he dies in her arms.

Perhaps not the greatest literary accomplishment, but the story makes for thrilling music.

The era in which Bartok lived was rife with these over-the-top story lines. Bram Stoker's Dracula, set in nearby Transylvania, was written in 1897, and Freud had recently published "On the Interpretation of Dreams. So I don't think it was unusual for Bartok to pick a revisionist rendition of a dark and terror-filled fairy tale as the libretto for his first and only opera, Duke Bluebeard's Castle.

As the music begins, we hear those exotic folk intervals in the lowest region of the orchestra, introducing us to the dark, inner world of Duke Bluebeard, his castle and his soul. (audio)

Bluebeard's new wife, Judith, has heard the rumors of him murdering his former wives, but she loves him anyway and believes she can bring light and warmth to his world of darkness.

Throughout the opera, Judith is met with seven locked doors. She pleads with Bluebeard to open them and he does so reluctantly, one by one.

The first door reveals Bluebeard's torture chamber, with its bloody musical motif. (audio) Between the opening of each door, we learn the inner struggles of both characters.

The climax of the opera occurs with the opening of the fifth door, revealing Bluebeard's vast kingdom. (audio) I love the openness and grandeur Bartok gets out of the huge orchestra through his choice of orchestration and his choice of the spacious key of C major.

Finally, Bluebeard resists opening the last door. As Judith insists, the door swings wide to reveal all of his past wives. And now Judith must join them for eternity.

I think that this uniqueness—Bartok's originality—is his greatest achievement, but also his biggest burden. It has formed a barrier between audiences and his art. But I think once you're willing to forgo the world you know and step into Bartok's, it's almost impossible not to welcome the depth of his creative expression.