Accessibility links
Back to School: Reading, Writing and Internet Safety Virginia is the first state to require public schools to teach Internet safety. The mandate is in response to concerns about sex offenders and other adults preying on young people they've met through MySpace and other social-networking Web sites.

Listen
Back to School: Reading, Writing and Internet Safety 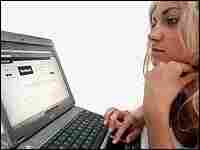 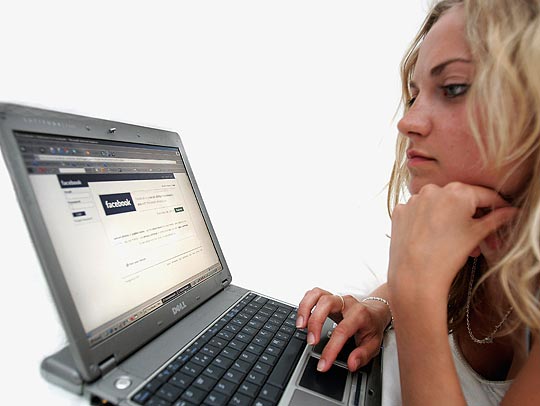 Cybersafety Tips for Parents and Children

Watch a video by the North Carolina Department of Justice.

'Internet Safety: What You Don't Know Can Hurt Your Child'

As students return to school in Virginia, there's something new in their curriculum. Virginia is the first state to require public schools to teach Internet safety.

The mandate is in response to concerns about sex offenders and other adults preying on young people they've met through social-networking Web sites such as MySpace. It's one of several steps states are taking to try to protect children and teenagers online.

George Washington High School in Danville, Va., is one of the largest schools in southern Virginia. But there's one thing almost all of its 1,800 students have in common — MySpace pages.

Gene Fishel, an assistant Virginia attorney general, came to the school auditorium to give a lesson about Internet safety — especially on social-networking sites such as MySpace, Facebook, and Xanga that teenagers often use to communicate, and criminals sometimes use to prowl for victims.

"MySpace is a breeding ground for these sexual predators," Fishel says, "and there are all sorts of cases happening now where predators have tracked down their victims off MySpace. And they abduct them, they will rape them, and do all sorts of things."

Fishel tells teenagers to follow the same rules online they would in any public place: Don't talk to strangers, don't share personal information, and don't agree to meet people who approach you on the Web. It's a message all Virginia students will hear this year, now that the state has become the first to require Internet safety lessons in school.

Attorney General Bob McDonnell is sending his staff to classrooms across Virginia to warn about online dangers.

"Young kids don't see how they could possibly get hurt at a computer in their own home," McDonnell says. "Parents don't know enough about the Internet to have the conversations they need to have with their kids. And so that's why we're doing this. The key now is education."

McDonnell is one of several state attorneys general who've made online safety a priority. But some of them say education alone isn't enough to protect young people. In Connecticut, North Carolina and other states, officials also are calling for stronger government regulation of social networking sites.

North Carolina Attorney General Roy Cooper is pushing a controversial proposal that would force minors who want to use the sites to get their parents' permission first.

Cooper wants sites to verify each user's age and require parental consent when people under 18 try to sign up. But legislation to that effect stalled in North Carolina this year, and similar proposals died in Connecticut and Georgia — amid strong opposition from Internet privacy advocates and from the social networking sites themselves.

At MySpace, the most popular of the sites, chief security officer Hemanshu Nigam says online consent forms would do little to deter predators and could easily be faked.

"The requirement to check against some database that a parent is in fact a parent, that is not something that can be technically implemented because you can never tell who's a parent just by being online," Nigam says.

MySpace says it is pursuing security measures it considers more effective. It's removed thousands of sex offenders from the site, strengthened privacy options and is working on software that allows parents to monitor some of the things their children do online. Nigam says education — not new laws — is the best way to protect young users.

"When you're sitting at a computer, you are not going to see a hand crashing through your monitor that grabs your child and takes him into this nether land of danger," Nigam says. "The real issue is has your teen been educated to make the right decisions online."

Back at George Washington High School in Virginia, a lot of students who heard the Internet safety lecture said they were already familiar with the potential dangers on social networking sites.

"A lot of people try to send me messages on MySpace, and I think they're either pervert freaks thinking they could get to know me better if I end up talking to them," Banks says. "But normally I just delete every message that they send me."

In fact, Banks says she's decided to stop using MySpace, partly because her mother has expressed concern about those messages.

But classmate Chardnae Flowers doubts many other students here would agree to do that, even if the site started requiring parental consent.

"They find ... each and every way they can to get into MySpace," Flowers says. "You can block it one way and we'll find another way. I mean, it wouldn't be that hard to hack into it."

Supporters of parental consent concede some teens likely would find ways around it, but they say it's worth trying nonetheless. And some of the nation's attorneys general say if sites like MySpace won't require consent voluntarily, they're prepared to go to court to force the issue.

Cybersafety Tips for Parents and Children