Listen
Tripping 'Across the Universe,' Just a Little Clumsily 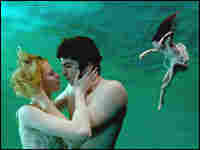 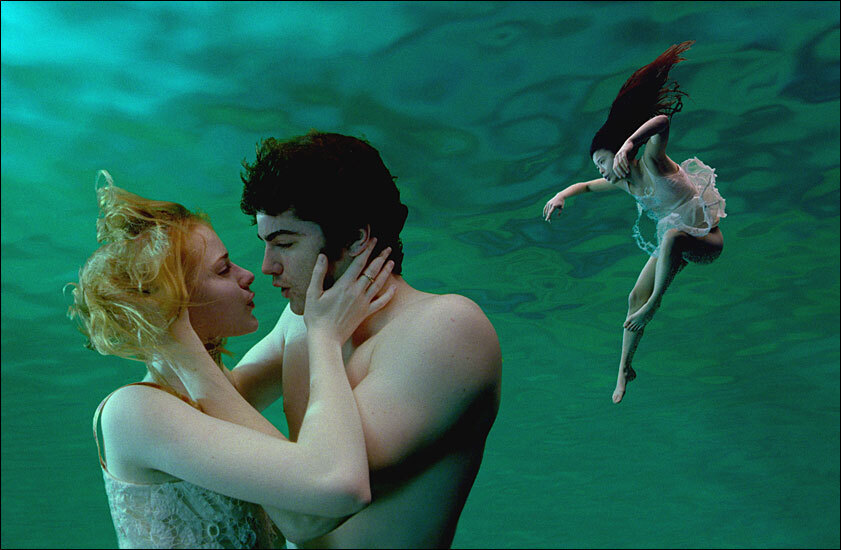 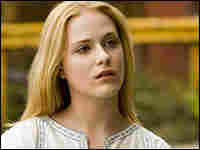 Lucy and this guy: Evan Rachel Wood, above, and Jim Sturgess, below, pair off in Across the Universe. Sony Pictures hide caption 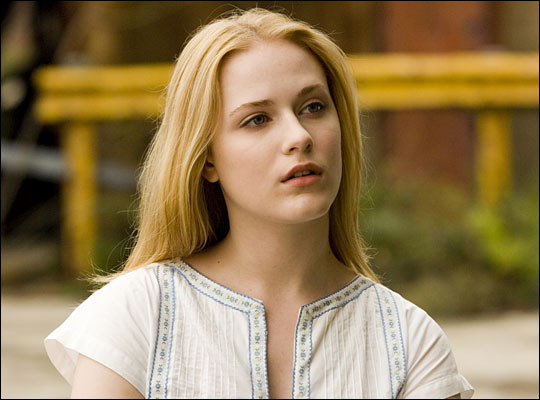 Lucy and this guy: Evan Rachel Wood, above, and Jim Sturgess, below, pair off in Across the Universe. 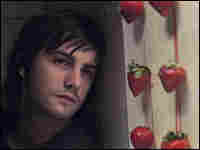 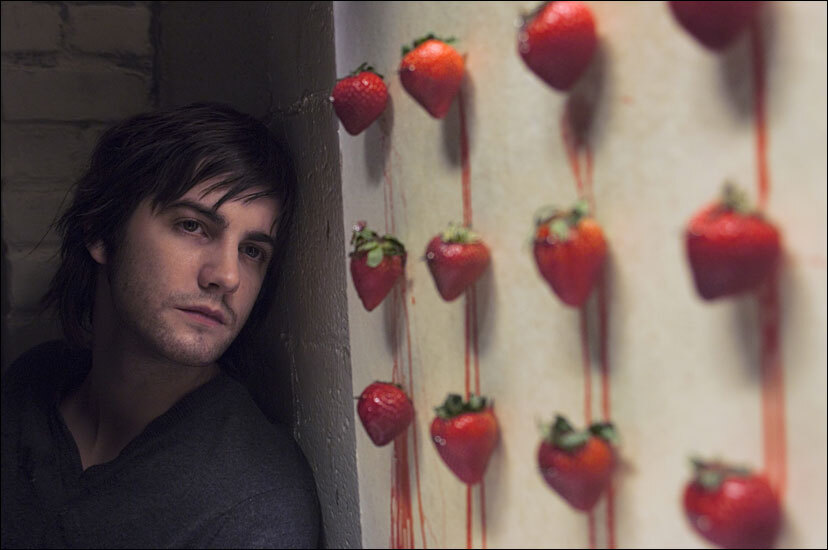 Picture a boy sitting alone on the beach staring at the waves, then turning to the camera and asking a question. Singing it, actually, in words that might be vaguely familiar: "Is there anybody going to listen to my story/all about the girl who came to stay?"

The song is the Beatles' "Girl"; the boy is Jude, and the story he wants us to listen to is the tale of his trip from Liverpool to the U.S., where he meets Maxwell, Jojo, Sadie, Prudence, Lovely Rita, the Amazing Mr. Kite — and of course Lucy, that girl who came to stay.

As he thinks about her, he turns back to the sea, and her face appears on the waves, along with all the helter-skelter insanity of the 1960s — riots, sit-ins, love-ins, Vietnam — all crashing together, and crashing onto the beach. To the sound of "Helter-Skelter," of course.

This kind of thing is what's called a jukebox musical, and this one uses Beatles tunes to spin out a storyline the Beatles didn't come up with. With more than 30 songs in the picture, though, there's not a lot of time for dialogue, so it's still the music that has to tell the story.

The thing is, these lyrics weren't written for this story. So the visuals have to work overtime. Sometimes things line up perfectly, as when Jude's buddy Max drops out of college — where he's apparently gotten by with a little help from his fraternity — and suddenly, Uncle Sam starts singing "I Want You" at him. (See the clip.)

Now, that's a love song, but not when it's being sung by a draft-board recruitment posters.

There are times when you can feel the strain, when the pictures don't quite match up with the words. But the '60s were a psychedelic era, so in a pinch the director can just have everybody take LSD and send them on a magical mystery bus tour, with a stoned poet spouting lyrics (from "I Am the Walrus," naturally) that pretty pointedly don't mean anything.

That poet would be Bono, by the way (see the clip), and elsewhere you'll hear Joe Cocker and British comic Eddie Izzard, as well as a couple of re-created cultural icons: Jojo played as a dead ringer for Jimi Hendrix, Sadie as Janis Joplin. They all wander from one eye-popping sequence to the next, from the Amazing Mr. Kite's puppet-infested vaudeville act to such real events as the Detroit riots, where "Let It Be" gets sung mournfully by a boy soprano as his neighborhood gets torched.

The imagery is pretty astonishing — Taymor treats some of the more fantastical moments as if she were making big-screen music videos — and it's all very intelligently done. But it's kind of a silly idea, very intelligently done: The anti-war stuff gives Across the Universe some contemporary overtones, but it's still basically Hair with better music.

And it's not as if Beatles songs weren't already being peppered, as it were, into the soundtracks of other movies set in the '60s — precisely because we've all got our own reference points for them. Taymor can't short-circuit that, and she can't really tell us anything we don't already know about the '60s. Or about the songs.

What she can do, and does, is create her own little universe — and ask us to go across it with her.