Accessibility links
Obama's Loss May Have Aided White House Bid Democratic presidential hopeful Barack Obama lost a 2000 U.S. House bid, but he made political friends and gained fundraising experience. And some say if he'd won he might still be a House member — not a candidate for president. 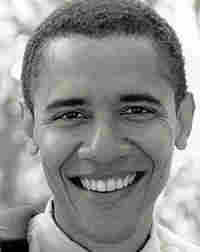 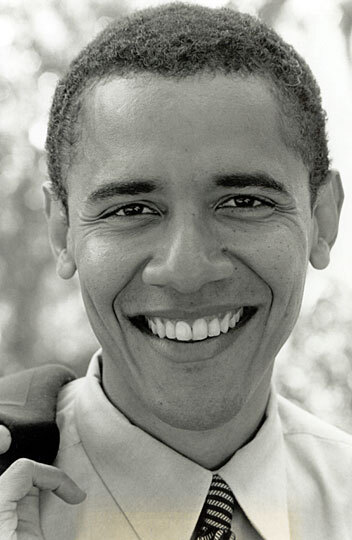 This was the face the public saw as Barack Obama ran for Congress in 2000. 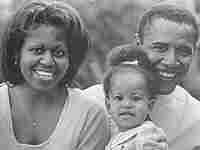 Obama and his wife Michelle with their daughter, Malia Ann, on a campaign flyer highlighting his goals for education, crime, health care, economic justice and equal pay. Obama for Congress hide caption 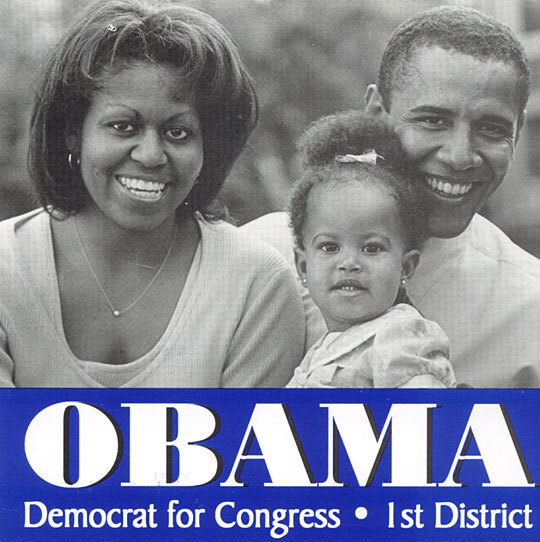 Obama and his wife Michelle with their daughter, Malia Ann, on a campaign flyer highlighting his goals for education, crime, health care, economic justice and equal pay.

Read about Barack Obama's political career and his prospects as a presidential candidate.

Barack Obama may be one of the country's most instantly recognizable figures — and a politician with what seems like a golden touch — but it hasn't always been that way.

In March of 2000, Obama, then an Illinois state General Assembly member, made his first run for Congress — and lost.

Obama sought to unseat Rep. Bobby Rush, who by then had served four terms in Congress, in a Democratic primary. Rush had a long history with voters, who knew him as a Baptist minister, a veteran of the civil rights battles of the '60s, and a founding member of the Illinois branch of the Black Panthers, where he set up meal programs and medical screenings for the poor.

During the race, Obama sought to introduce himself in order to boost his name recognition, which registered at just 10 percent when he announced his candidacy.

In 2000, Rush campaigned on experience and on better times coming. "We're on the verge of a tremendous turnaround in the district," Rush told NPR that year. "We're right at the precipice. In the next few years you're going to see an economic renaissance."

Still, Rush was seen as vulnerable. Less than a year earlier, he had run for mayor of Chicago, taking on incumbent Richard M. Daley. Daley won easily, but questions then arose about whether Rush really wanted to stay in Congress.

Obama was encouraged to run for Congress by some friends in the Chicago Democratic Party. A third candidate, State Sen. Donne Trotter, also entered the contest.

Obama went door to door, shaking hands and having countless conversations on front porches across the district. He talked of his record at the statehouse in Springfield over the previous three years, where he had championed health-care and campaign-finance reform and fought to end the police practice of racial profiling.

Some voters seemed to find Obama overly ambitious. Others felt he might be running for Congress without having fully paid his dues. During the campaign he was often asked about his lack of experience as an elected official.

During an interview on Chicago Public Television, host Phil Ponce asked Obama to describe how he felt prepared for Congress after serving only one term as an Illinois state senator.

Obama said he had other meaningful experience.

The response is very similar to how he answers questions about his experience as he runs for president after less than one full term in the U.S. Senate.

"One of the things I bring is a perspective as a community organizer, as a state legislator, as well as a U.S. senator," Obama said at the CNN/YouTube debate in July.

There are other things from the 2000 congressional race that have echoes in the Obama for President campaign, most notably the questions about his connection to the African-American community. The 1st district in Illinois was roughly two-thirds black when he ran in 2000, but Obama's biggest base of support came from Hyde Park, a more affluent, more diverse section of the district.

Obama had not come up through the civil-rights movement. His Harvard education and experience as a University of Chicago Law School professor were not necessarily a plus when put up against Rush's street-level experience.

Paul Green, director of the Institute for Politics at Chicago's Roosevelt University, said Rush did not try to out do Obama in the areas of oratory or charisma; Obama had an easy edge in both categories.

Green said that Bobby Rush "basically had a campaign in which the argument was, 'Obama's not one of us.'"

Five months before election day, something happened that made a come-from-behind victory for Obama all but impossible. Rush's 29-year-old son, Huey Rich, was murdered on Chicago's South Side.

Such personal tragedy brought a huge outpouring of public support and sympathy.

Consultant Chris Sautter, who worked on the Obama 2000 campaign, said the shooting, "washed away most of the negative feelings people might have had about Bobby Rush."

"At that point it became clear that this was a pretty tall mountain to climb," Sautter said.

On primary election day Rush carried the day defeating Obama by better than 2-to-1.

When asked today to look back at that loss, Obama has a stock answer: "He spanked me."

The response carries sufficient humility, but it also implies he'd rather not talk about it. When pressed on what that loss taught him, Obama told NPR in 2004, "I had to really look into myself and say, why am I doing this? Is it to get attention or is it to help people?"

Even in losing, Obama gained plenty in losing to Rush. He vastly improved his name recognition. He made political friends and gained fundraising experience. And he ran a relatively positive campaign, emerging without having burned any political bridges.

Sautter said it was almost as though Obama hadn't lost at all. After the election, editorials cited Obama as a rising star.

After that loss, Obama indeed went on to a U.S. Senate run four years later. His victory in that race brought him the national prominence that led to his presidential run. Sautter believes Obama would not have the same name recognition today had he defeated Rush.

Today, Obama would likely still be in the U.S. House, Sautter said. A rising star? Perhaps. But not the serious contender for the presidency that he is today.