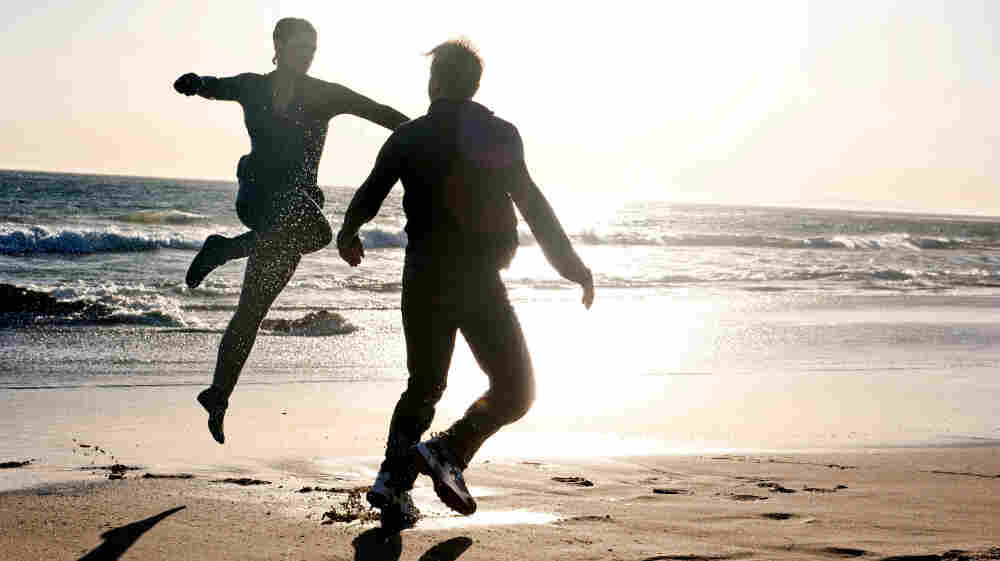 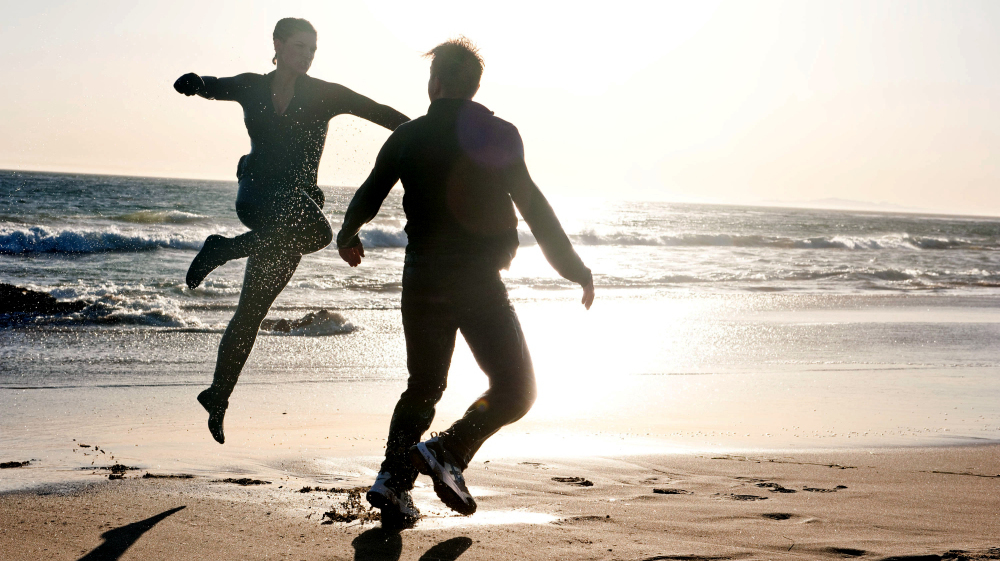 Gina Carano takes a swing at Ewan McGregor in Haywire.

Haywire, which opens today, is Steven Soderbergh's 24th feature film. With its laconic '70s rhythms, color-coded visual palette, and buoyant David Holmes score, Haywire is conspicuously a Soderbergh joint, but it's his first foray into the limb-cracking genre.

The picture stars professional mixed martial artist Gina Carano, who has a tiny fistful of prior acting credits, but nothing remotely like the lead in a feature by an Oscar-winning director. Soderbergh told The New York Times that he learned of her in 2009, when he saw one of her fights while channel-surfing dejectedly soon after Sony cancelled his version of Moneyball.

In Haywire, Carano plays an elite covert operative who gets sold out by her blah hunter becomes the hunted blah blah Three Days of the Commando Hanna 24 Bourne: Ghost Protocol blah blah blah I'M COMING FOR YOU.

Bottom line? Aside from a dumb title, rote story beats and a clunky framing device — wherein our heroine narrates half the movie to a complete stranger for no reason — it's good! As other observers have pointed out, Soderbergh's films are usually about process, not plot.

Moreover, Carano is good. At the very least, she seems to have more going on behind her eyes than Ryan Gosling did in Drive.

Understand, please, that — as Slate's Dan Kois suggested in his Soderbergh career overview a few months back — giving a good performance in a Soderbergh film is not necessarily evidence of actual chops. Actors like Julia Roberts win Oscars in his movies, but even actors like Jennifer Lopez look like they know what they're doing. Soderbergh is his own cinematographer (under the alias Peter Andrews), so you'd think he'd have less time and attention on-set for actors than other filmmakers do. But whatever his coaching method, the results speak for themselves.

It's telling, but not surprising, that Hollywood's Most Wanted (and Channing Tatum) line up to be killed in Soderbergh pictures. His prior film, released a mere four months ago, was the unfussily terrifying pandemic procedural Contagion — the one wherein Gwyneth Paltrow's skull gets sawed open and her Goop-y brain exposed at minute 14.

While casting Carano might not be unusual for Soderbergh, it is unusual for him to produce a film that trades so explicitly on its chases and fights. Given its simple revenge premise (albeit one sprinkled with grand allusions), the picture in his catalog it most recalls — albeit minus, crucially, the soul — is 1999's The Limey. (Both films were written by Lem Dobbs.) But where The Limey's most memorable "action scene" took place out-of-frame, with the camera waiting outside a warehouse while Terence Stamp walked in and shot up the joint, Carano does her work in full view.

And as she does, it's pleasing, if not at all surprising, to see that Soderbergh has done his homework and delivered crisp, bracing episodes of velocity and violence: A Barcelona foot chase is all the more compelling for seeming to unfold "only" at actual athletic-human foot speed. For the fisticuffs, he pulls the camera back to let us see us that Carano really can execute the takedowns and leg-locks she uses to best her opponents — all men, all larger and heavier than she. Compare that to the way Brett Ratner filmed Jackie Chan, one of the most agile physical performers in the history of cinema, in his dreary Rush Hour franchise: in choppy medium shots, as though hiding the limitations of a actor who couldn't fight.

Directing physical action on screen is its own art, separate from the broader storytelling responsibilities of feature-length filmmaking. Marc Forster directed the critical successes Monster's Ball, Finding Neverland, and Stranger Than Fiction, but his James Bond movie, Quantum of Solace, was a visually incoherent mess. Its vastly superior predecessor in the 007 franchise, Casino Royale, came from Martin Campbell — a hit-and-miss journeyman, not anauteur. As a fan of the series, I'm gravely concerned that the director of the Bond film due for release this November is Sam Mendes, an Oscar winner forAmerican Beauty. Not because I hated American Beauty (although oh yes, I did), but because Mendes clearly fancies himself an artiste.

I also like that the mano-a-womano in Haywire communicates how physically exhausting it is, even for a practioner of Carano's stamina and skill, and that her thickly muscled physique is weirdly atypical of the movies. We're more accustomed to watching a dangerously underfed-looking Angelina Jolie run around doing action stuff in Salt. It's nice that Carano is "allowed" to have the kind of body combat-as-lifestyle would produce.

So will Gina Carano ever get to be in another good, or even good-ish, film? Too early to tell. The brief era wherein title belts or bodybuilding trophies offered a shortcut to name-above-title stardom is happily a generation behind us. Jean-Claude Van Damme tried to follow Arnold Schwarzenegger and cross over into non-genre films, but he never got close. In 1988, Steven Seagal — like Carano, actually — got star billing for his very first film, Above the Law, a good-enough police thriller that turned out to be the least embarrassing thing he'd ever do in public. Around the same time, Wesley Snipes and Nicolas Cage looked like two of the most promising leading men of their generation. They went backward, exiling themselves to B-action-movie purgatory, more or less voluntarily.

I'm rooting for Carano, though. We need more action heroines. In fact, the genre needs some fresher, younger blood of both genders, whether they're atheletes who can act a little (see Statham, Jason) or actors who look convincing when running and fighting. Tom Cruise, the star of 2011's best action movie, Mission Impossible: Ghost Protocol, is 49. Robert Downey, Jr., keeper of the Iron Man/Avengers and Sherlock Holmes franchises? Forty-seven. Matt Damon is 41. Jolie is only 36, but she looks sometimes like real fighting might crack her in half.

There's a world of bad guys out there, and they're not gonna ground-and-pound themselves.