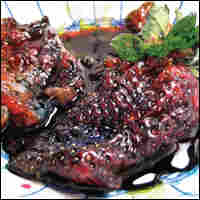 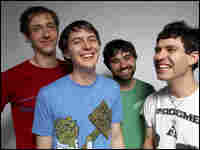 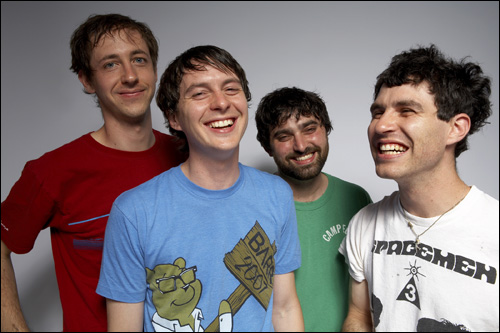 Download a copy of this concert with the All Songs Considered podcast.

"Who Could Win a Rabbit" 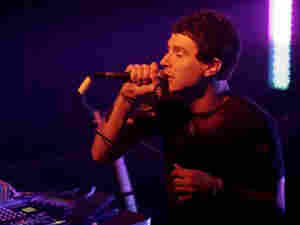 Animal Collective makes wildly experimental sound collages its members describe as "sonic, freeform, electronic, horror, gospel, hip-hop, soul, pop madness." To some, it's more noise than music. But to the group's fans, Animal Collective is making the most inventive and playfully refreshing sounds of the year. Hear the band in a full concert, recorded live from the 9:30 Club in Washington, D.C. Sept. 28, 2007.

In the seven years since the band formed, it's released six studio albums and one live record. Animal Collective's latest CD, on the Domino label, is the appropriately named Strawberry Jam: a sticky-sweet mixture of mashed-up musical elements, from noise pop and fringe folk to ambient drones and psychedelia, with crunchy seeds of noise rock.

In an online statement to fans, Animal Collective says, "Don't be surprised if you come to see us and it's not what you thought it would be, and try not to get too upset." The group adds that it hopes its music is "at times totally pleasing and at others completely scary and confusing, but most importantly is refreshing in this crazy, crazy world."