Accessibility links
Visit by Iran's Leader Stirs Emotions in New York Iranian President Mahmoud Ahmadinejad is due to visit the U.N. Monday, but he will get a cool reception in New York. He has been rebuffed in his bid to lay a wreath at the World Trade Center site. Columbia University is being criticized for asking him to speak. 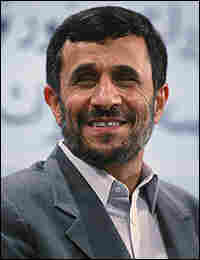 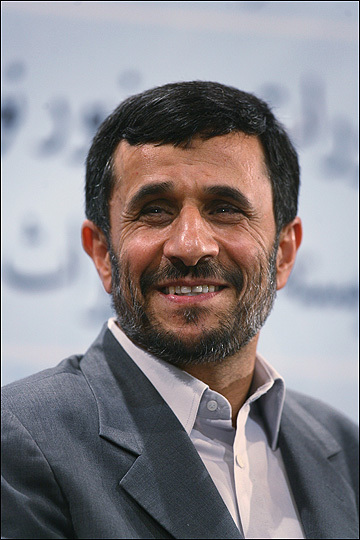 New York City welcomes world leaders next week for the start of the U.N.'s General Assembly. But some are more welcome than others.

City officials have denied a request by the president of Iran, Mahmoud Ahmadinejad, to lay a wreath at Ground Zero. And protest groups are trying to stop him from speaking to students at Columbia University.

As a result of Ahmadinejad's visit, New York City Mayor Michael Bloomberg finds himself in the middle of the deep rift between the United States and Iran.

On his weekly radio show Friday, Bloomberg made it clear that whatever President Ahmadinejad wanted to do in New York City, he would not be going to visit the former site of the World Trade Center.

"He's not going downtown," Bloomberg said. "Hopefully he understands why not. But I just think it would be totally inappropriate."

The mayor says it would be inappropriate because of statements Ahmadinejad has made about the Holocaust being a myth, as well as a past call for Israel to be wiped off the map.

As for the invitation to speak at Columbia University on Monday, Bloomberg said he had no control over that.

"Personally, I wouldn't go to listen to him," Bloomberg said. "I don't care about what he says. I think he's said enough that I find disgusting and despicable that I wouldn't give him the satisfaction of being in the audience."

Ahmadinejad has said that he will not insist on going to Ground Zero. He said he's baffled by the idea that anything about his trip would offend Americans. But offend it has.

He has pulled off a neat trick in New York, uniting conservatives and liberals in condemning him and calling on Columbia University to cancel the appearance.

Sen. John McCain, the Republican presidential hopeful who spoke at Columbia's commencement last year, said Thursday that a man who is directing the maiming and killing of Americans troops should not be given an invitation to speak.

Student groups have wallpapered the campus with grpahic photos of Iran's public executions. Ahmadinejad's quotes about the Holocaust and Israel are placed alongside.

Bollinger has promised the community that Ahmadinejad will be challenged in this forum with questions about his political stances.

One student, Daniel Goldberg, already has his ticket and says it should be a good show.

"I'm just interested to see the man, because I feel like he's part of history," said Goldberg, who is Jewish and knows of at least one family member who died in the Holocaust.

"I completely disagree with him, and I wonder what his rationale is" for saying the Holocaust was a myth, Goldberg said. "I can't honestly believe that the man feels that that's true," he said.

And sophomore A.J. Pasqua says that maybe — just maybe — the president of Iran will learn a little something from the Columbia students.

"I certainly hope he understands where the waves of frustration are coming from, particularly from the Western world," Pasqua said. "And he's going to realize then that it's not only coming from authoritative figures, from politicians like President Bush, but also people who are just growing into adulthood, people who are receiving an education. Perhaps then he'll realize through an exchange of ideas how other other people feel about the situation."

He won't be able to miss it. Protests at the university are planned starting on Monday morning and will continue through Ahmadinejad's appearance that evening.