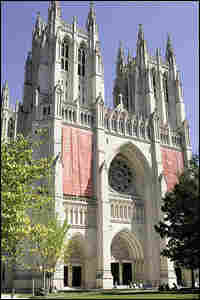 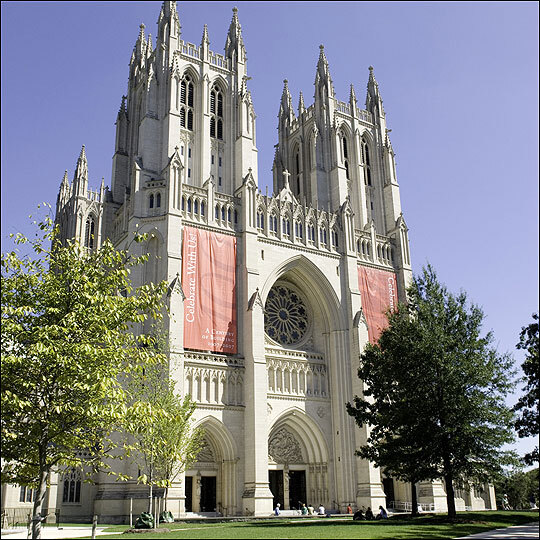 President Theodore Roosevelt presided over the laying of the Washington National Cathedral's foundation stone on September 29, 1907. Construction finished 83 years later, to the day.

On September 29, 1907, President Theodore Roosevelt laid the foundation stone of the Washington National Cathedral and sent laborers to work with these words: "Godspeed the work begun this noon."

It would take workers 83 years to complete the $65 million Protestant Episcopal church, but even under construction, it quickly became a place of national prominence.

In its centennial year, the National Cathedral has accumulated an impressive guest list. Every president of the United States after Roosevelt has visited the cathedral, as well as Queen Elizabeth II. Martin Luther King Jr. preached his last Sunday sermon there, and the cathedral was recently the site for funerals for presidents Reagan and Ford.

The cathedral is an architectural marvel. The sixth-largest cathedral in the world, it rises 676 feet above sea level, making its top the highest point in the District of Columbia. Its center tower is as tall as a 30-story building, and it's decorated with 110 gargoyles and 288 angels. Its stained glass windows — including one with a piece of the moon in it — and a sculpture of Darth Vader on the northwest tower, are main attractions for visitors.