Accessibility links
Author Says New Zuckerman Novel to be the Last Author Philip Roth says his latest novel, Exit Ghost, is also his last one about Nathan Zuckerman. The character was 23 when Roth began writing about him. Now 71, the character is grappling with old age and thoughts of dying.

Listen
Author Says New Zuckerman Novel to be the Last 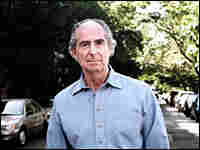 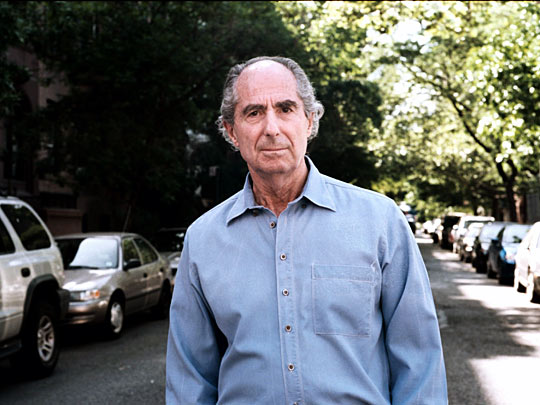 Read an excerpt and hear Roth read from the book.

The real-life novelist Philip Roth has written so often, and in so many books, about the fictional novelist Nathan Zuckerman, that the equation is irresistible: Zuckerman equals Roth.

Roth has spent a lifetime warning people off the easy assumption that fiction is memoir, with the names changed to protect the author and publisher from lawsuits.

And his latest novel, Exit Ghost, is all about the gap between the writer's life experience and his art. It involves the characters who figured in Roth's 1979 novel, Ghost Writer.

When Roth began writing about Nathan Zuckerman, the protagonist was 23 years old. The character is now 71. Roth, who is 74, tells Robert Siegel Exit Ghost is the last of the Zuckerman novels. 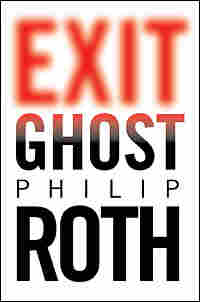 Exit Ghost protagonist (and recurring Philip Roth character) Nathan Zuckerman, now 71, has returned to New York City for the first time in more than a decade. For years, he has lived in isolation on a New England mountain far from technology and the bustle of modern life. These are his first impressions of the city.

What surprised me most my first few days walking around the city? The most obvious thing — the cell phones. We had no reception as yet up on my mountain, and down in Athena, where they do have it, I'd rarely see people striding the streets talking uninhibitedly into their phones. I remembered a New York when the only people walking up Broadway seemingly talking to themselves were crazy. What had happened in these ten years for there suddenly to be so much to say — so much so pressing that it couldn't wait to be said? Everywhere I walked, somebody was approaching me talking on a phone and someone was behind me talking on a phone. Inside the cars, the drivers were on the phone. When I took a taxi, the cabbie was on the phone. For one who frequently went without talking to anyone for days at a time, I had to wonder what that had previously held them up had collapsed in people to make incessant talking into a telephone preferable to walking about under no one's surveillance, momentarily solitary, assimilating the streets through one's animal senses and thinking the myriad thoughts that the activities of a city inspire. For me it made the streets appear comic and the people ridiculous. And yet it seemed like a real tragedy, too. To eradicate the experience of separation must inevitably have a dramatic effect. What will the consequence be? You know you can reach the other person anytime, and if you can't, you get impatient — impatient and angry like a little stupid god. I understood that background silence had long been abolished from restaurants, elevators, and ballparks, but that the immense loneliness of human beings should produce this boundless longing to be heard, and the accompanying disregard for being overheard — well, having lived largely in the era of the telephone booth, whose substantial folding doors could be tightly pulled shut, I was impressed by the conspicuousness of it all and found myself entertaining the idea for a story in which Manhattan has turned into a sinister collectivity where everyone is spying on everyone else, everyone being tracked by the person at the other end of his or her phone, even though, incessantly dialing one another from wherever they like in the great out of doors, the telephoners believe themselves to be experiencing the maximum freedom. I knew that merely by thinking up such a scenario I was at one with all the cranks who imagined, from the beginnings of industrialization, that the machine was the enemy of life. Still, I could not help it: I did not see how anyone could believe he was continuing to live a human existence by walking about talking into a phone for half his waking life. No, those gadgets did not promise to be a boon to promoting reflection among the general public.

And I noticed the young women. I couldn't fail to. The days were still warm in New York and women were clad in ways I couldn't ignore, however much I wanted not to be aroused by the very desires actively quelled through living in seclusion across the road from a nature preserve. I knew from my trips down to Athena how much of themselves college girls now exposed with neither shame nor fear, but the phenomenon didn't stun me until I got to the city, where the numbers were vastly multiplied and the age range expanded and I enviously understood that women dressing as they did meant that they weren't there only to be looked at and that the provocative parade was merely the initial unveiling. Or perhaps it meant that to someone like me. Maybe I had got it all wrong and this was just how they dressed now, how T-shirts were cut now, how clothes were designed now for women, and though walking around in tight shirts and low-cut shorts and enticing bras and with their bellies bare looks like it means that they're all available, they're not — and not only not to me.

But it was noticing Jamie Logan that bewildered me most. I hadn't sat so close to such an irresistible young woman in years, perhaps not since I last sat opposite Jamie herself in the dining room of a Harvard arts club. Nor had I understood how disconcerted I had been by her until we'd all agreed on the exchange of residences and I left to go back to the hotel and found myself thinking how pleasant it would be if no swap took place — if Billy Davidoff stayed where he wanted to stay, which was right there, across from the little Lutheran church on West 71st Street, while Jamie escaped her dread of terrorism by coming back to the tranquil Berkshires with me. She had a huge pull on me, a huge gravitational pull on the ghost of my desire. This woman was in me before she even appeared.

The urologist who had diagnosed the cancer when I was sixty-two had commiserated with me afterward by saying, "I know it's no comfort, but you're not alone — this disease has reached epidemic proportions in America. Your struggle is shared by many others. In your case, it's just too bad that I couldn't have made the diagnosis ten years from now," suggesting that the impotence brought on by the removal of the prostate might by then seem a less painful loss. And so I set out to minimize the loss by struggling to pretend that desire had naturally abated, until I came in contact for barely an hour with a beautiful, privileged, intelligent, self-possessed, languid-looking thirty-year-old made enticingly vulnerable by her fears and I experienced the bitter helplessness of a taunted old man dying to be whole again. 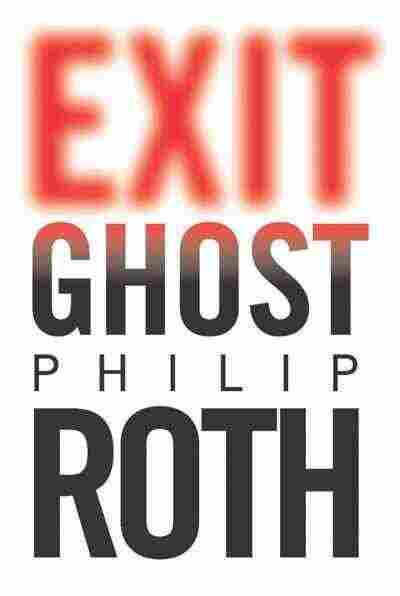