Accessibility links
Kucinich Took On Powerful Interests in Mayoral Race Dennis Kucinich's populist rhetoric and willingness to battle the city's political and business elites helped him win the race for mayor of Cleveland when he was only 31. But he struggled to hold on to popular support in the turbulent term that followed. 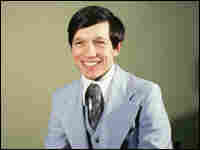 Dennis Kucinich in 1977, shortly before he was elected mayor of Cleveland. At 31, Kucinich became the youngest mayor of a major American city. Bettmann/Corbis hide caption 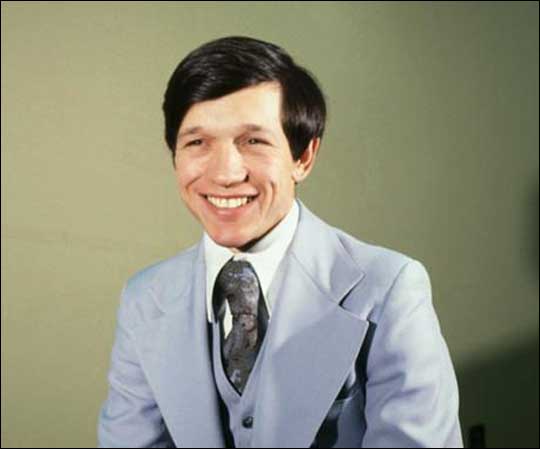 Dennis Kucinich in 1977, shortly before he was elected mayor of Cleveland. At 31, Kucinich became the youngest mayor of a major American city.

Read about Dennis Kucinich's political career and his prospects as a presidential candidate.

Dennis Kucinich began his rise in local politics early: he was 23 when he was first elected to the Cleveland city council and only 30 when he began his campaign for mayor in 1977.

Kucinich ran as a populist, railing against the city's tax policy and strongly opposing its plan to sell the struggling municipal power company to a private competitor that local banks had a vested interest.

"The next mayor of the city of Cleveland must be his own man," Kucinich declared during a debate. "[He] must be willing to take the chances in going after the utility interest, the banking interests, the big business interest for exploiting this community."

Kucinich and state Rep. Edward Feighan won the top spots in the city's non-partisan primary, ousting the incumbent mayor. Both were Democrats, but in the runoff election, Feighan won the party's endorsement.

The campaign was intense, says Feighan, because Cleveland was distressed by the economic dislocation it had suffered during the 1960s and '70s. The city was on thin financial ice due to a combination of deficit spending, tricky financing and the longstanding refusal of Cleveland voters to approve tax hikes.

Roosevelt Coates, a Cleveland city councilman, says he was a United Steel Workers representative 30 years ago. At the time, he says, many people considered Dennis Kucinich a political savior.

"He came along and said 'Look, we are going to rejuvenize the city,'" Coates recalls. "'We're going to save the poor and we're going to throw those rich rascals out.'"

Cleveland was also struggling in the aftermath of racial unrest and the Kucinich campaign took advantage of it, says Tim Hagan, a former Cuyahoga County commissioner. Hagan, a Feighan supporter, says Kucinich "exploited the race issue among his constituents."

According to Hagan, Kucinich's campaign distributed literature in white neighborhoods that disparaged some of Cleveland's black leaders, especially black city council president George Forbes. Forbes had fought against Kucinich and endorsed his opponent.

But Forbes says Kucinich simply understood his constituency and knew how to appeal to white ethnic voters.

"I accuse him of practicing polka dot politics," says Forbes, "but we both used that in order to get a step ahead of each other. He wasn't a racist."

Instead, Forbes says, Kucinich was a smooth, shrewd operator. His populist rhetoric about Cleveland's economic challenges gained Kucinich just enough support in the black community to narrowly win the election.

A New Tone, A Tough End

The 31-year-old brought a new tone to city hall, Cleveland columnist Dick Feagler says. Kucinich traded the traditional swearing-in for a "People's Inauguration" in Cleveland's main auditorium, Public Hall. "And instead of having any kind of formal dinner," says Feagler, "everyone trooped in and had hotdogs and sauerkraut or something."

But the city with the "boy wonder" mayor would also become the city of laughs for the rest of the nation. Kucinich's young, inexperienced staff was often ridiculed. And voters soon became fed up with battles between the mayor, the council and the business community.

Just a few months into his term, Kucinich's opponents began collecting signatures to remove him from office. He won the recall by 236 votes.

But the fight over the electric utility led to a default for Cleveland, the first for a major city since the Great Depression. Two years later, Kucinich lost his re-election bid and after another term in the city council, he dropped off the political map for more than a decade.