Accessibility links
'Away' Chronicles a Mother's Remarkable Odyssey In her new novel, Away, Amy Bloom tells the story of a woman who embarks on a journey to Siberia in search of her daughter. The author discusses the book's rich detail and the challenge of coming to the tale's end. 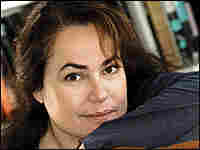 Author Amy Bloom's new novel, Away, tells the story of a Russian seamstress in America who embarks on a journey to Siberia in search of her daughter. Beth Kelly hide caption 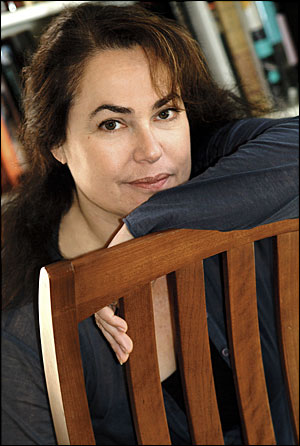 Author Amy Bloom's new novel, Away, tells the story of a Russian seamstress in America who embarks on a journey to Siberia in search of her daughter.

Amy Bloom's new novel, Away, tells the story of a young Russian immigrant named Lillian Leyb and a remarkable journey she takes across North America toward Siberia.

Lillian has survived the slaughter of her Russian Jewish family. Among the dead, she believes, is her daughter, Sophie.

Only after Lillian immigrates to New York does she get word, in 1925, that her daughter is still alive. The hope of being reunited with Sophie propels Lillian on her odyssey, during which she travels by train, steamship, mule train and foot to the edge of the continent.

Bloom says Lillian's survival isn't amazing: She is simply doing what is required.

"What is striking is she does not sit down and put her head between her knees and give over," Bloom tells Melissa Block. "She rises to the occasion, not gracefully, but she does well enough so that she can go on."

Bloom has crafted a richly detailed, historical novel. In her quest to find her daughter, for instance, Lillian encounters abandoned cabins on the Overland Telegraph Trail, in the Far North. In the book, Bloom describes the myriad objects the telegraph operators left behind:

their diaries, their Lemon Hart rum, their snowshoes, and their recipes ... their hand-carved jigsaw puzzles, their cloudberry jam, pine floors painted to look like Persian rugs.

Another skill Bloom brings to Away is her ability to listen to people, which Bloom says has always come naturally to her. A former waitress, Bloom has been trained as a psychotherapist and also teaches writing at Yale University. She has tuned her ear to appreciate certain nuances.

"You pick the things that speak to a couple of different qualities: loneliness and domesticity and creativity and boredom," the author says.

When Bloom began writing Away, she didn't have a clear ending in mind. But gradually, one did reveal itself to her.

Bloom says she took three months off entirely from working on the book, "to wander around my house, tearing my hair out." She would take breaks late at night and go to the baseball field near her house to smoke cigarettes and kick around some dirt.

In the end, Bloom was delighted when the book was finally complete, but her heroine is never far from her mind.

"I sometimes see Lillian or hear her. I find her a funny character, there was a certain dry humor about her that I sometimes see and hear," Bloom says. 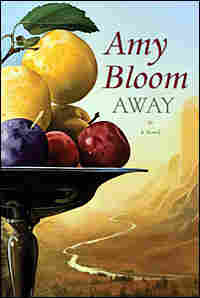 All sins begin in fear, and Raisele is sick with it; she may have miscalculated, her splendid adventure might end before it even begins, she might wind up with only a fraction of what she has come for.

Raisele drops to her knees, pulling Lillian's free hand to her. "Sophie is alive," Raisele says. "She's alive." And then she faints.

Lillian puts Raisele to bed and empties the tub. It doesn't matter whether Meyer or Reuben comes tonight, or when, or which one, or if they come at the same time, toss a coin, and have her by turns on the kitchen floor.

Lillian climbs into bed next to Raisele, who has thrown the dressing gown on the floor and sleeps naked, curled on her side, her arms crossed over her chest. She is warm as an oven. Lillian takes a deep breath to calm herself, and she smells her mother beside her, perspiration and green onion and the singed, nutty scent of buckwheat groats tossed from one side of the skillet to the other in a perfect, nonchalant brown arc. The bed is suddenly filled with Lillian's dead, and Raisele rolls over into the middle of them, and puts her hands on Lillian's shoulders. She says in her light, lisping Yiddish, "Shall I tell you?" and she does, without waiting.

Mostly, the families fled west, except the Pinskys. The Pinskys cut behind the Krimbergs' yard, heading to the road east (Raisele does not say, looking for whatever might have been left behind, looking to strip their neighbors' houses of whatever last things someone might have been unable to carry). They found a small muddied heap near Lillian's house, by the steps of the chicken coop. The heap was Sophie, blood and filth at the hem of her nightgown, her feet speckled with gravel, and Mrs. Pinsky, who had buried three babies, said to Mr. Pinsky that the Leybs were all dead, they must take the child with them to Siberia, and she would not hear no.

Kachikov, the constable, told me all this, Raisele says. And what could I do but write to you at Frieda's place and come to America to tell you myself, in person.

"I didn't get the letter," Lillian says and kisses Raisele on the forehead. She pulls the blanket up to Raisele's neck and tucks it in around her. Raisele opens her mouth, and Lillian puts her hand over it. There is a roaring in Lillian's ears, and she wouldn't be able to hear Raisele even if she could let her speak.

Lillian puts on her old cotton wrapper and stands by the window. She will have to give that green velvet dressing gown to Raisele or burn it; she can no more wear it again than sleep in a coffin. Her skin is prickling, the hair on the back of her neck rising and falling, as if ghosts are leaving and entering the room. How can this be worse than sleeping on top of her parents' graves, saying Kaddish so many times the words ran together like nonsense, worse than sitting for days by the Pripiat River, watching for a little sock or Sophie's blue petticoat, sitting in the mud in only a nightgown and blanket, until the weather changed and Mariam came with the flier for America? Those first black, wet days, winter rain fell on the stones inside her, and when she left Turov, everything froze.

Sophie's name, the sound of it in Raisele's mouth, her name said by someone who had seen her, seen her laughing and chasing the chickens, seen her in her flannel nightgown and thick socks, braids one up, one down, seen her running in the yard, ducking Lev Pin-sky's dry red paw. Sophie's name is a match to dry wood. Ice is sluicing down Lillian now, running off her in sheets. Trees of fire are falling across the frozen field, brilliant orange, blue-tipped and inextinguishable; fire leaps from the crown of one tree to another, until the treetops send waves of fire back and forth between them, tossing flames like kites. Lillian's veins are bleeding fire, her hands and feet rippling with it. Hawks and sparrows drop down from the blackened sky. Lillian's face hurts. She stands in front of the window, her wrapper open, and presses her face and body against the cold glass. She has clawed four dark red scratches on her cheeks, and she will have them for weeks and the fire will not go out.

From Away Copyright (c) 2007 by Anne Bloom. Used with permission from Randon House Publishers. 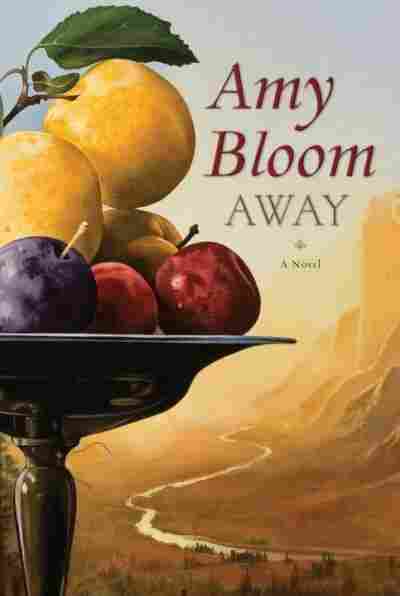